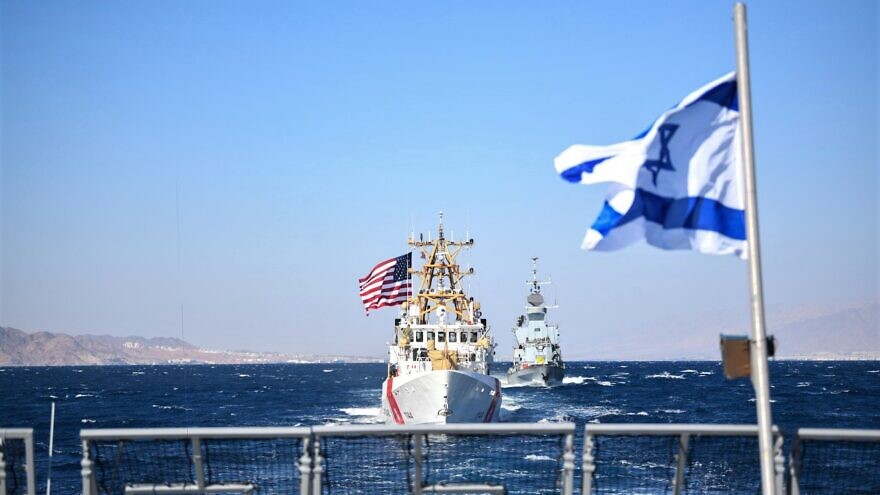 In a statement, the IDF said the exercise was led by the United States Fifth Fleet and took place in the Red Sea, as well as in Bahrain’s naval zone in the Gulf.

“During the exercise, the Israeli Navy’s Underwater Missions Unit trained alongside its counterparts from the U.S. Fifth Fleet. The exercise focused on naval search-and-rescue efforts and neutralizing naval mines. At the same time, an Israeli Navy missile ship and the 915th Fleet drilled rescue and medical emergency scenarios in the northern Red Sea and the Gulf of Eilat, alongside the Coast Guard of the U.S. Fifth Fleet,” said the IDF.

Commander in chief of the Israeli Navy Vice Adm. David Saar Salama said “the Israeli Navy’s participation in the ‘IMX’ international naval exercise, led by the U.S. Fifth Fleet, illustrates the growing relationship between our two fleets. This relationship is based on fortitude, shared learning and strategic cooperation. Our work with our American partners helps us to prevent terrorism in the naval arena while strengthening regional maritime security.”

According to the Israeli Navy, since the IDF’s transition to the U.S. Military’s Central Command (CENTCOM), a number of joint training and exercises have taken place.