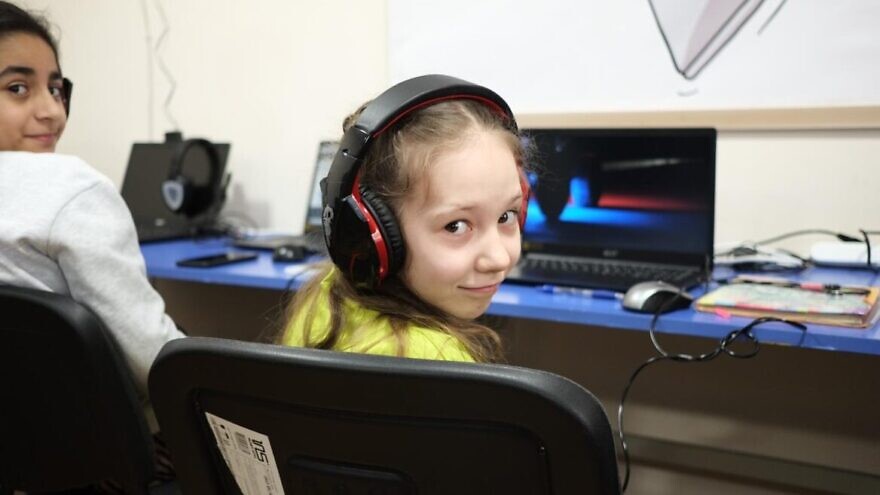 (May 15, 2022 / ISRAEL21c) While the war in Ukraine rages, Israel-based international humanitarian aid and disaster relief organization SmartAID has set up online “smart classrooms” in Moldova, Poland and other neighboring countries.

Here, first- to 12th-graders fleeing the war can continue learning with their geographically scattered classmates and teachers.

More than 700,000 schoolchildren have crossed the Ukrainian border since the war begin in late February. Most of the children are traumatized, said Shachar Zahavi, founding director of SmartAID. 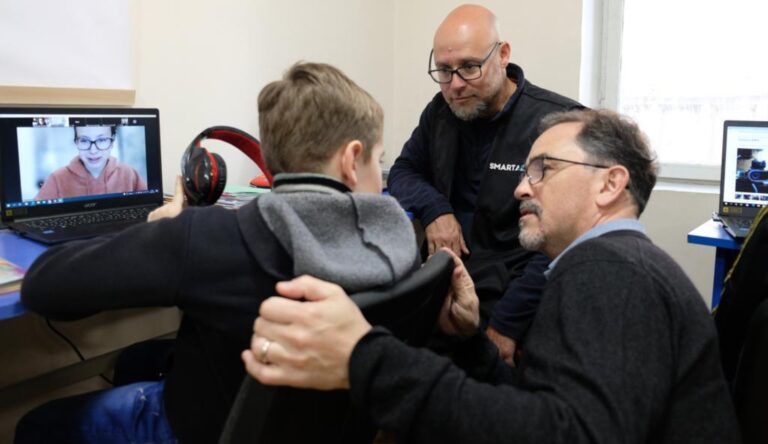 Shachar Zahavi, center, watching on as John Maxemchuk of the Moldova World’s Children Fund talks to a Ukrainian boy in a smart classroom. Courtesy: SmartAID

His nonprofit organization, teaming up with Global Empowerment Mission, Lifting Hands International, the Moldova World Children’s Fund and Pandemic of Love, works in coordination with the Ukrainian Ministry of Education.

SmartAID is opening smart classrooms for refugee children in more than 100 schools in Poland and over 30 in Moldova. In the coming weeks, Zahavi said, the organization will open hundreds more smart classes across host countries. 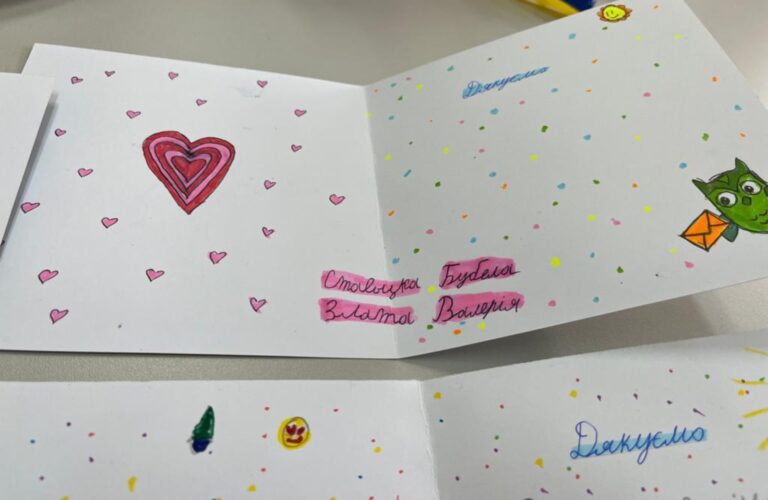 A thank-you card to Shachar Zahavi and SmartAID from one of the students. Courtesy: SmartAID

The classrooms include laptops, projectors, tablets, headphones, smart screens and tech support. SmartAID provides the technology to link the children with their former teachers, some of whom are also refugees and others who remain in Western Ukraine.

“School is psychologically very important because the children’s situation is so difficult,” Zahavi said. “These kids left behind everything” and are now living in temporary shelters or with host families.

With everything in upheaval, smart classrooms provide children with a structure from 8am to 2pm or 3pm, Zahavi said.

Zahavi, who said he “jumps back and forth” to Moldova and the surrounding areas near the war zone, said that he was happy to see “the children’s eyes light up” when they saw their old friends and teachers on the screen.

“The children don’t know where they’re going and what’s going to happen to them,” said Zahavi. “But there they were, looking at familiar faces, doing schoolwork and writing in their notebooks.” 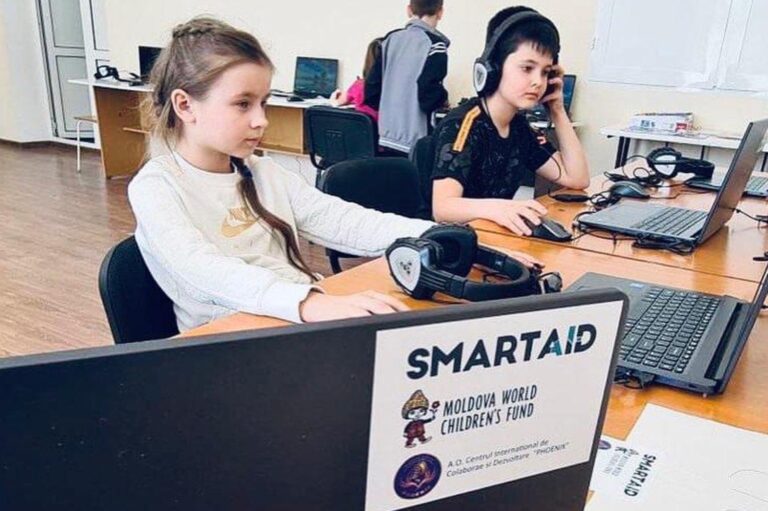 Zahavi is no stranger to traumas around the world. He was with people after the earthquake in Haiti, for example, where “people saw their families perish and die.”

As the Ukrainian war still rages, refugees talk about “their fathers, their husbands, their sons and their brothers who stayed behind to fight,” Zahavi said. “It’s very stressful. The refugees don’t know if they’ll ever see them again.”

In addition to its work with the Smart classrooms, SmartAID teamed up with Moldova World Children’s Fund and SpaceX’s Starlink to install and deploy Starlink units across Moldova in temporary shelters, camps and schools to give hundreds of thousands of refugees, as well as aid agencies and first responders, crucial Internet access.

Zahavi said that the nonprofit organization works with local people on all its projects.

In Moldova, he said, SmartAID has installed smart classrooms in community centers and existing schools with the understanding that once the Ukrainian children return to their homes, the classes will then be used by local children.

“People in neighboring countries are helping the refugees now,” Zahavi said. “In the future, we will then be able to help the local people.”

This article was originally published by ISRAEL21c.