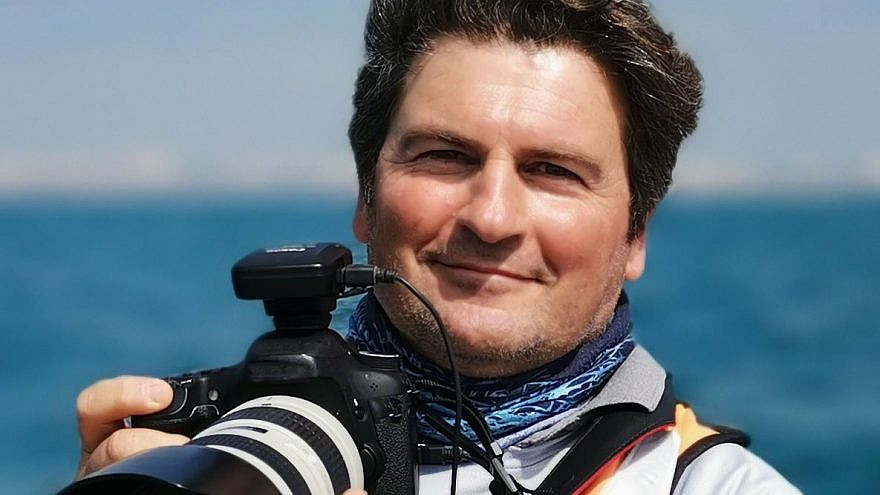 (June 1, 2021 / JNS) The National Geographic Society named University of Haifa professor Dr. Aviad Scheinin as one of its “Emerging Explorers” in 2021—one of 15 individuals it described as changing the world “one idea at a time.”

In an announcement last week, it said its cohort of storytellers, researchers and conservationists “are conducting innovative work focused on a range of topics such as inventing space technologies, ocean exploration, understanding the past through archaeology and anthropology, species conservation, storytelling and elevating young voices for the future of education.”

Scheinin, a marine conservationist who heads the University of Haifa’s Marine Apex Predator Lab at the Morris Kahn Marine Research Station and is the Apex Predators Principal Investigator at the Leon Charney School of Marine Sciences, has spent two decades honing his expertise on conservation, behavioral science and long-term ecological research of coastal dolphins, sharks, rays and bluefin tunas.

The publication praised his work on the world’s first long-term research project examining the behavior of coastal dolphins, as well as for being the first to note the presence of gray whales and false killer whales in the Eastern Mediterranean. 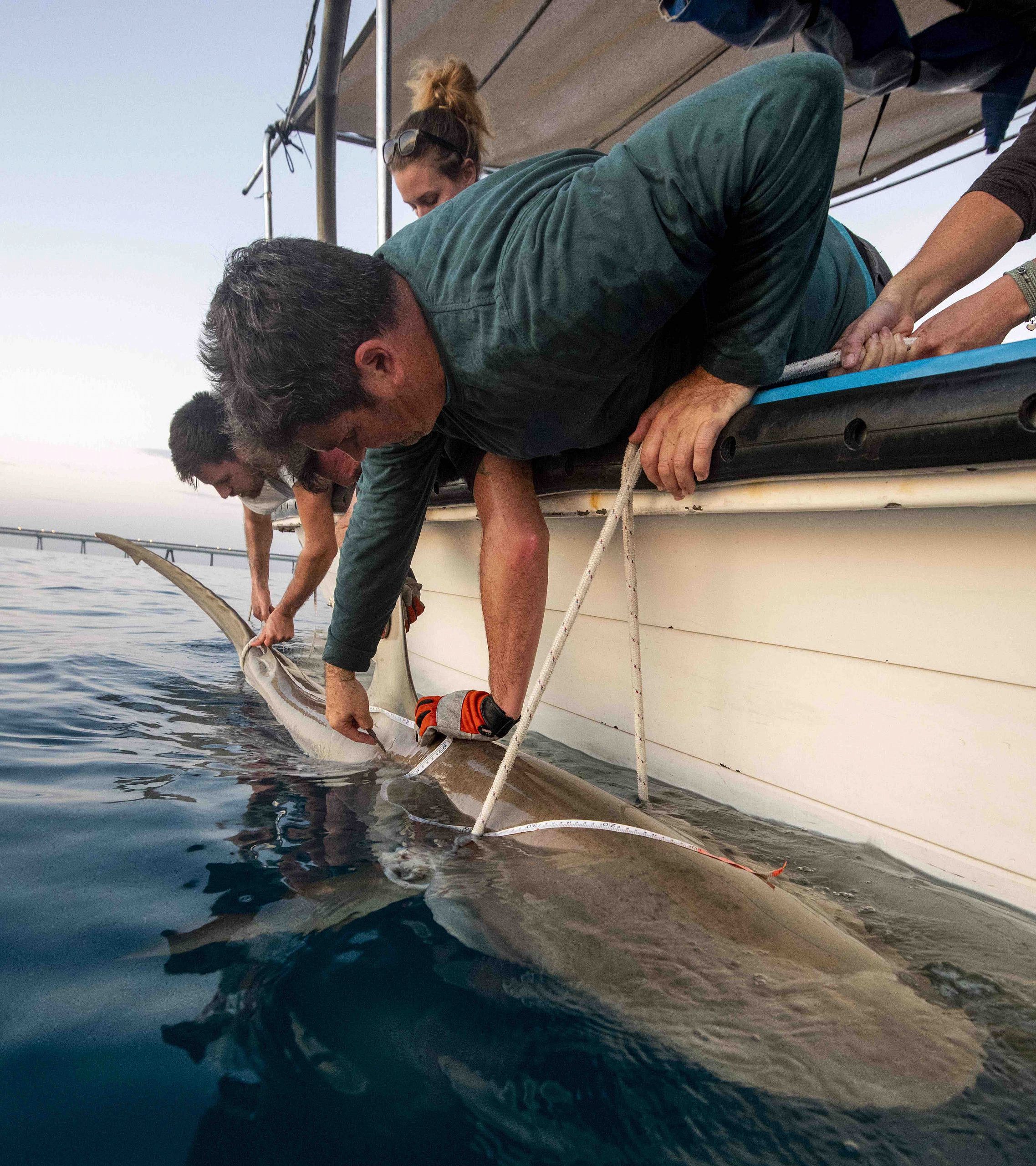 Dr. Aviad Scheinin of the University of Haifa examines a shark along Israel’s northern coast. Photo by Hagai Nativ.

Scheinin is only one of two Israelis selected for this honor.

The first was fellow University of Haifa professor Dr. Beverly Goodman, who received the accolade in 2009. She was recognized for work that is an amalgamation of archaeology, geology and anthropology, which “explores the complex ways nature and humans interact on coastlines.”

As populations on the coastline increase around the world, Goodman is at the forefront of research examining how human presence on the earth’s shores influences natural events like tsunamis and floods.

“Professor Scheinin’s work is not only a point of pride for the university but for Israel,” said Professor Ron Robin, president of the University of Haifa. “His research spotlights how ecologically robust the Mediterranean is. Together with Dr. Goodman and others, the university is at the forefront of research bringing us closer to understanding the complex relationship between humans and our oceans.”

To date, only some 200 researchers have been selected as part of the nonprofit’s ongoing effort to document, educate and conserve the planet and its resources. Scheinin joins the ranks of an elite group of dedicated scientists and educators that include ground-breaking individuals like Jacques Cousteau and Jane Goodall.

“This is a very significant milestone,” said Scheinin. “After 20 years of intensive research at sea, this major demonstration of international recognition is an exciting and empowering opportunity which will provide the university access to the most impressive minds in the field.”