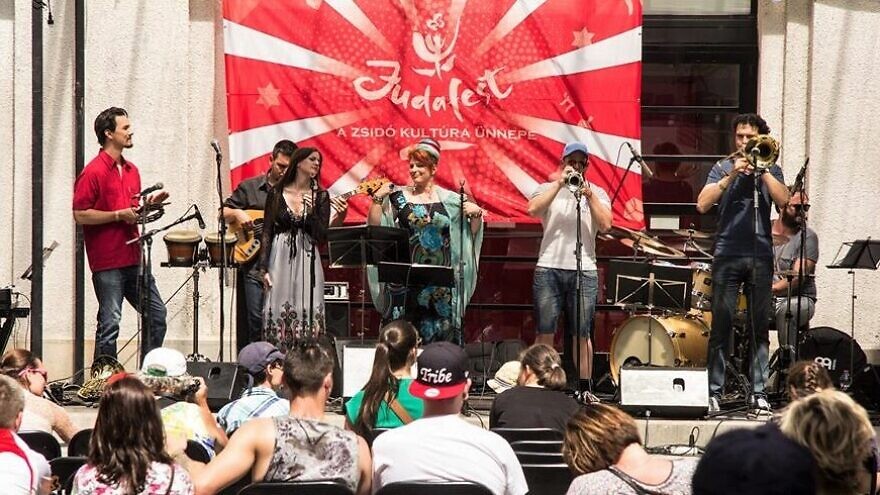 It included 1,054 respondents from 31 countries polled in 10 languages. They included age cohorts “under 40,” “41-54” “and “over 55,” and were split between 544 men and 399 women. Religiously, 35 percent of respondents self-identified as Orthodox; 24 percent as Masorti, Liberal or Reform; and 35 percent as culturally Jewish.

For the first time since the survey’s inception, anti-Semitism rose to the first position in the ranking of the most serious threats to the future of Jewish life with 71 percent of respondents giving anti-Semitism a score of “4 or 5” on a 1-to-5 scale.

Still, these perceptions are not necessarily coupled with the idea that Europe is no longer a safe place for Jews. Most respondents answered the question, “To what extent do you feel it is safe to live and practice as a Jew in your community today?” by stating that they do feel secure with 78 percent reporting feeling safe (17 percent “very safe” and 61 percent “rather safe”). Only 17 percent felt “rather unsafe” and 6 percent “not safe at all.”

Similarly, a majority of respondents (67 percent) are not planning to emigrate with 71 percent satisfied with their government’s response to Jewish community security needs. 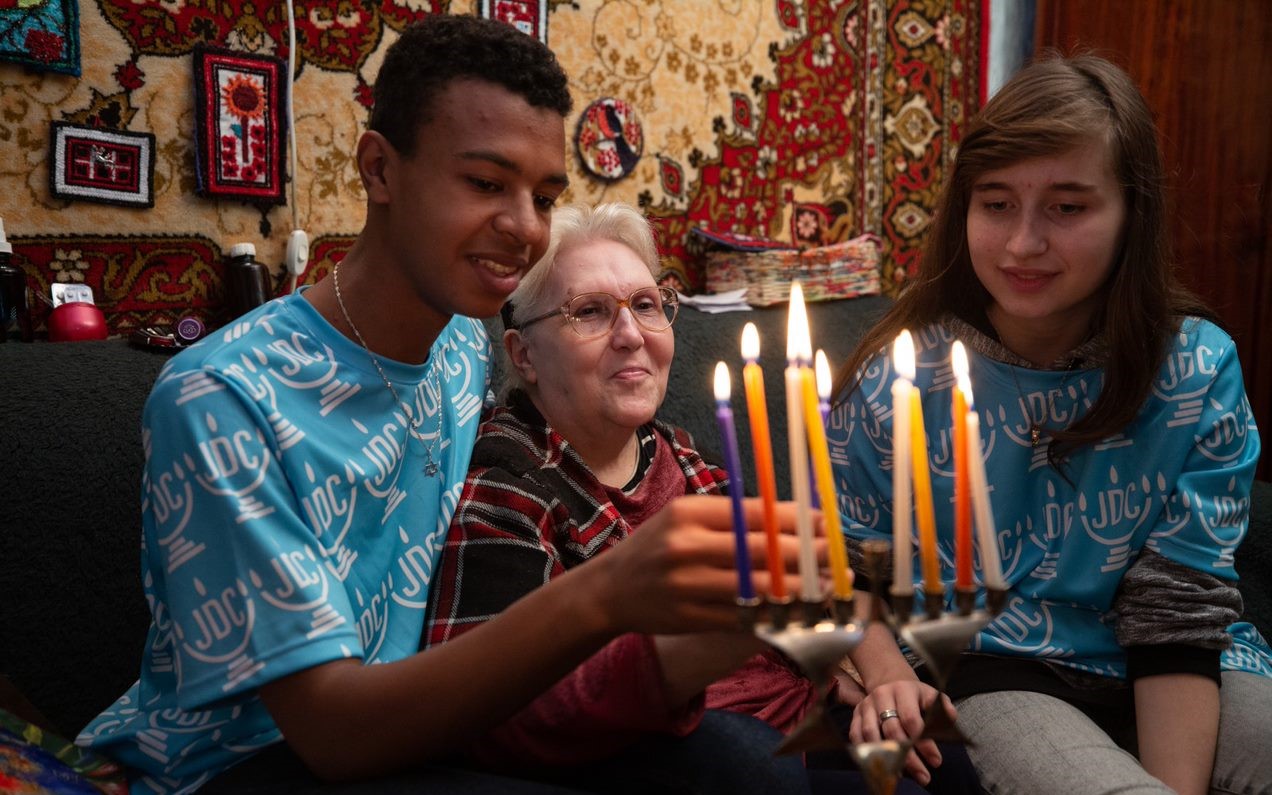 Volunteers in Kharkov, Ukraine, visit the homebound elderly before Hanukkah, presenting them with holiday gifts and traditional foods like jelly doughnuts, and lighting the menorah together. Credit: Courtesy.

Anti-Semitism aside, the major threats to the future of Jewish life that were identified were the alienation of Jews from communal life (70 percent); lack of renewal of Jewish organizations (69 percent); and lack of engagement by members in community affairs or activities (68 percent).

When asked about financial losses due to the coronavirus pandemic, Eastern Europeans identified three main sources: dwindling tourism (28 percent), decrease of the donor base (24 percent) and lost income from real estate (23 percent). Western Europeans attributed the loss of income mainly to lower contributions by members (32 percent) and a decrease in the donor base (28 percent).

For the statement, “I support Israel fully, regardless of how its government behaves,” respondents polled similarly: 51 percent versus 65 percent versus 71 percent. For “all Jews have a responsibility to support Israel,” they polled at 60 percent, 72 percent and 80 percent.

For respondents up to 40 years old, supporting the State of Israel was considered the least important community priority out of 18 items presented.

“Despite a long-held narrative of decline in Jewish Europe, the findings reveal a leadership that is engaged, staying put and serious about building for the future. By digging deep on these priorities and concerns, we can partner better and together build Jewish communities that are safe, strong and harnessing the talents of those not yet involved in Jewish spaces,” said JDC CEO Ariel Zwang.