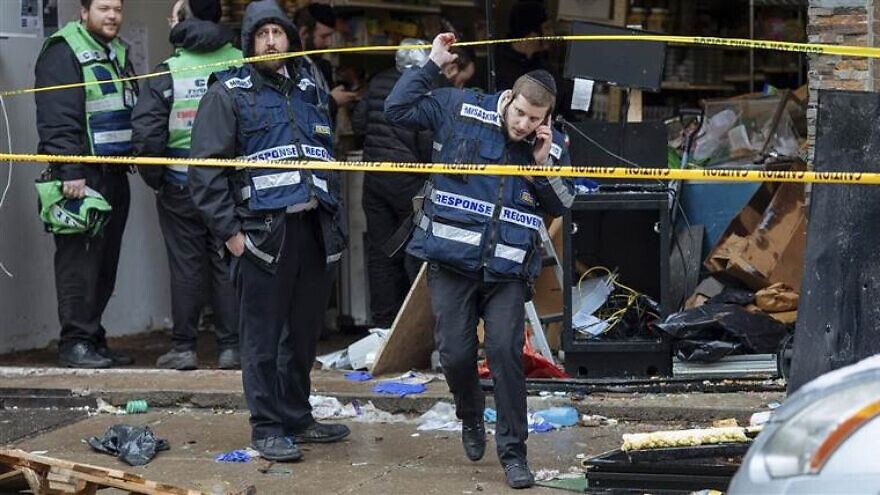 Damage and a Jewish community on edge after a shooting at the JC Kosher Supermarket in Jersey City, N.J., on Dec., 10, 2019. Credit: NBS News.
Republish this article
528 WORDS
Spread the word.
Help JNS grow!
Share now:

(December 10, 2020 / JNS) New Jersey officials and residents took time on Dec. 10, the eve of the Jewish holiday of Hanukkah, to remember the lives lost as the state marked the one-year anniversary of the deadly attack on a kosher grocery in Jersey City, N.J.

“It’s been one year since our state was shattered by the gunfire of hate and anti-Semitism. Four innocent New Jerseyans taken from us,” said New Jersey Gov. Phil Murphy on Twitter. “Today, we stand united as one New Jersey family, committed to driving out hate with love, and darkness with light.”

On Dec. 10, 2019, two assailants stormed the JC Kosher Deli, unleashing carnage and killing store owner Mindy Ferencz, customer Moshe Deutsch and employee Douglas Miguel Rodriguez, who was credited with sacrificing his life to save another customer who escaped out a back door.

Police detective Joseph Seals had been killed at a nearby cemetery a few hours earlier after confronting the two individuals prior to their killing spree. The assailants who held virulently anti-Semitic and anti-law-enforcement views were killed inside the kosher deli during a standoff with police.

“Despite a tough year, Jersey City is as strong as ever, and we remain an amazingly diverse city with different communities working together to build a better future,” said Jersey City Mayor Steven Fulop, the grandson of Holocaust survivors. “The city rallied together, and in the days after it was clear that Jersey City wouldn’t let the actions of two people who were filled with hate define who we are.”

The officials discussed several initiatives aimed at driving down hate in the state, including a focus on programming and education for youngsters and the creation of a “rumor control portal” on the state’s website to counter disinformation and misinformation on the web. 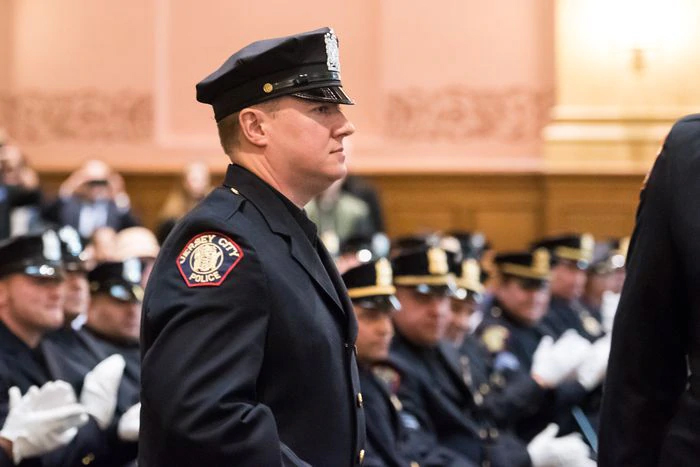 New Jersey Det. Joseph Seals, who was killed on Dec. 10, 2019, during a Jersey City shootout with two suspects who then attacked a kosher supermarket. Source: Officer Down Memorial Page.

Jared Maples, director of New Jersey’s Homeland Security office, said “we can’t listen to all the gobbledygook that’s out there and not counter it.”

During the webinar, New Jersey State Police Superintendent Col. Patrick Callahan said the fact that the anniversary fell on the same day as the start of Hanukkah “is not lost on me.”

Noting that the holiday gets its name from the Hebrew word “rededication,” he said that the aftermath of the attacks is a story “of rededication, of light overcoming darkness” and of focusing on the things that hold people together.

Rachel Wainer Apter, director of the New Jersey Division on Civil Rights, noted that the year since the attack has been “incredibly difficult” and “really tested our humanity,” and that people have used COVID-19 as an excuse for anti-Asian and anti-Semitic hate.

But, she added, there have also been “moments of light when people stood up.”

“Chanukah is also called Chag Ha’Orim, the Festival of Light,” she continued. “Let us all make a renewed commitment to bring light” by recognizing our shared humanity. 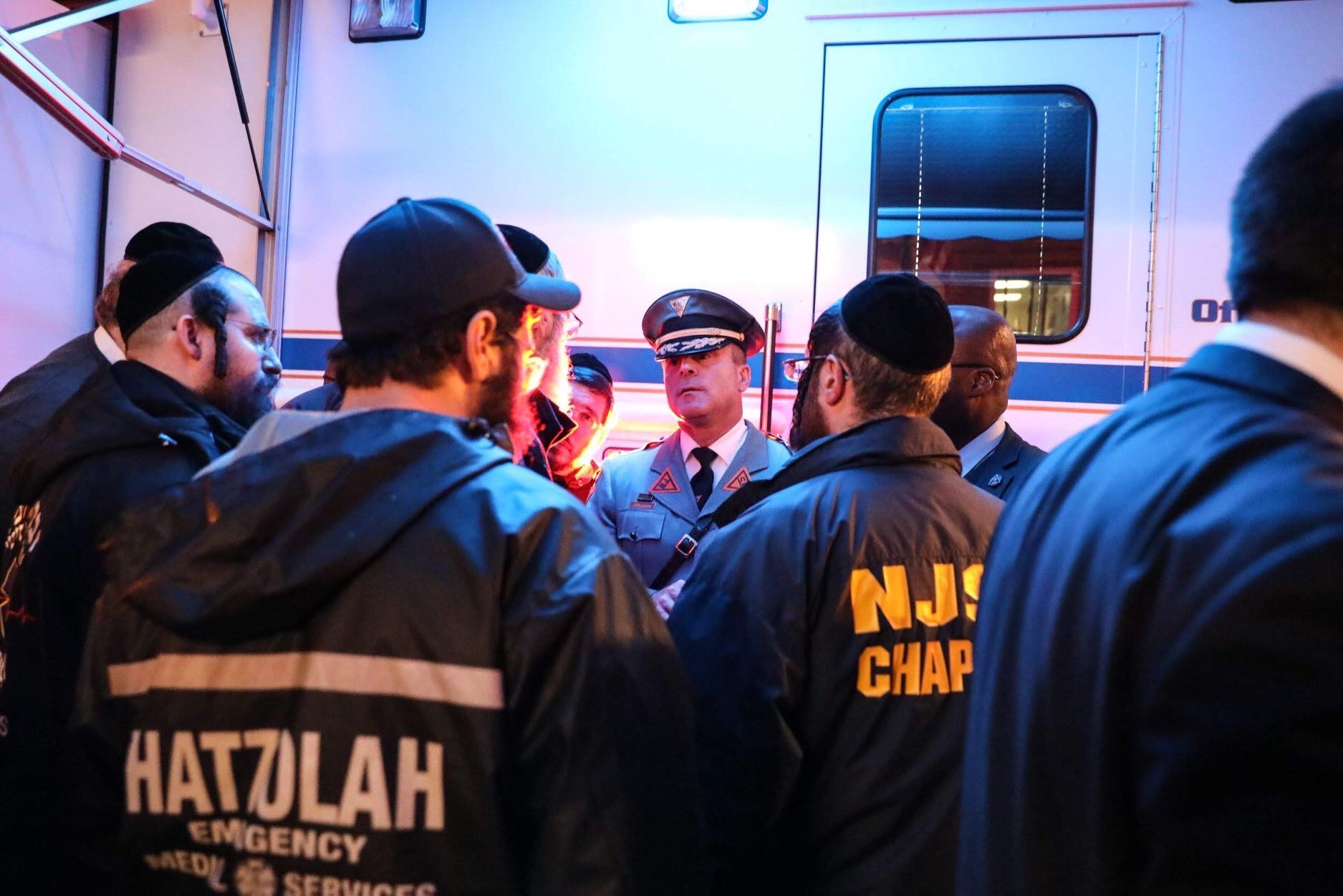 A police briefing with Jewish first responders after the shooting at the JC Kosher Supermarket in Jersey City, N.J., on Dec. 10, 2019. At center is New Jersey State Police Superintendent Col. Patrick Callahan. Source: Courtesy of New Jersey Gov Phil Murphy/Twitter.
Republish this article in your newspaper or website