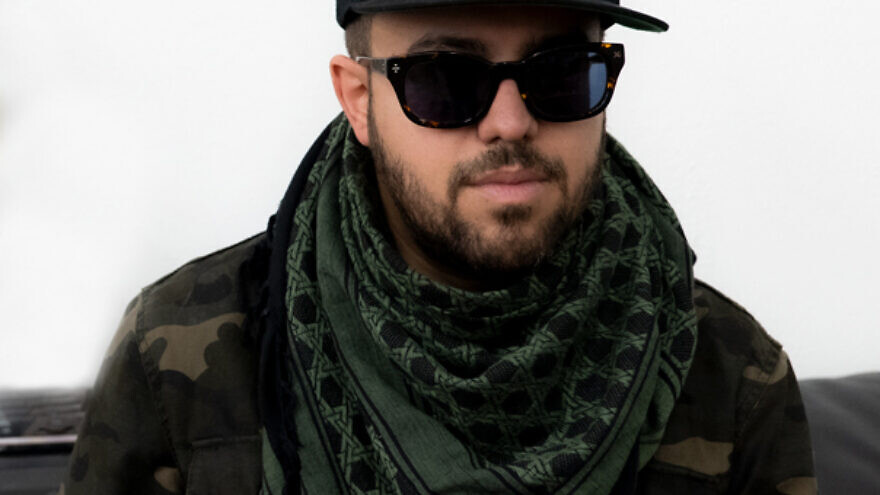 (December 22, 2022 / JNS) When Erez Safar, a producer, musician and DJ, sent his book to philosopher and author Deepak Chopra, he thought he might need a Hanukkah miracle to get a response. But he got more than he hoped for, and both will be in conversation in an online event titled “Conversations at The Intersection of Cutting Edge Science and Spirituality” on Dec. 22.

Safar, who founded the music label Shemspeed (The Sephardic Music Festival), and collaborated with everyone from Matisyahu to Balkan Beat Box, has thrown his hat into the literary ring with works that deal with elements of Kabbalah, Chassidut and spirituality in everyday lives.

He has released two out of the planned five books from his “Light of the Infinite” series.

“It’s always been a goal of mine to show Judaism as cool and accessible,” Safar told JNS. “I’ve thrown parties where thousands of people saw the culture of Judaism and with the passing of my mom and my ex-wife’s mother, I really felt it was time release books that dealt with Kabbalah and spirituality but at a level where anyone could access it and relate, regardless of their level of learning or prior knowledge.”

Safar said he was greatly inspired by the tzedakah and chesed (charity and loving-kindness) of two important women who passed away, his mother, Frida Levona bat Shalon and his ex-wife’s mother, Yehudis Chava bat Yakov Dov.

In his first book, “The Genesis of Light,” Safar delves into Kabbalistic teachings.

His most recent book, “The Exodus of Darkness,” notes that even the greatest of leaders, like Moses, had self doubt. Noting that the night before Martin Luther King Jr. was shot, much like Moses at the end of his life, he famously said, “I’ve seen the promised land. I may not get there with you. But I want you to know that tonight, we, as a people, will get to the promised land.”

While Moses never set foot in the land now called Israel and MLK Jr. didn’t get to witness all of the civil rights progress that occurred after his death, they both spread a belief that their people could be free.

The Los Angeles resident writes that it is incumbent upon people to break oppression, help the needy, and be kind and joyous always.

“I think especially after the pandemic, there are people who have lost loved ones or who are dealing with mental issues, or for a number of other reasons, people can feel really lonely,” Safar said. “I think the idea that we are all God’s children is helpful. When you are hurting, or lose someone you love, it’s not that there is any magic speech someone can tell you. It requires a deep introspection of who you are, an examination of what your goals are and the realization that you are not alone. I think we need to get away from a materialistic measurement where we may think we don’t have enough money and focus on the blessings we do have while getting back to the essentials of family, friendship and self-love—which strengthens all love.”

Safar, who has studied in numerous yeshivas, said he would like to give back based on the positivity he has received from his family as well as the co-workers and celebrities he has worked with.

“A lot of times from the outside looking in, we can think that everyone else’s life is perfect,” Safar said. “I think one of the easiest things to do is fall into patterns and that can be bad or good. When we are faced with hardships or obstacles, we can fall into a pattern of giving up, or feeling helpless, or we can reflect and allow for the pain, while transforming it where we see what choices we can make to positively impact not only our own lives, but the lives of others.”

Safar said of the event with Chopra, “It’s an honor to have the opportunity to spread light with a giant like Deepak. We have to remember the world is recreated at every moment we are able to choose good. Choose positivity and realize, as the Lubavitcher Rebbe said, ‘Darkness isn’t meant to be avoided. It’s meant to be transformed into light.’ And as Chopra writes about success and happiness, it occurs when we nurture the seeds of divinity within us.”