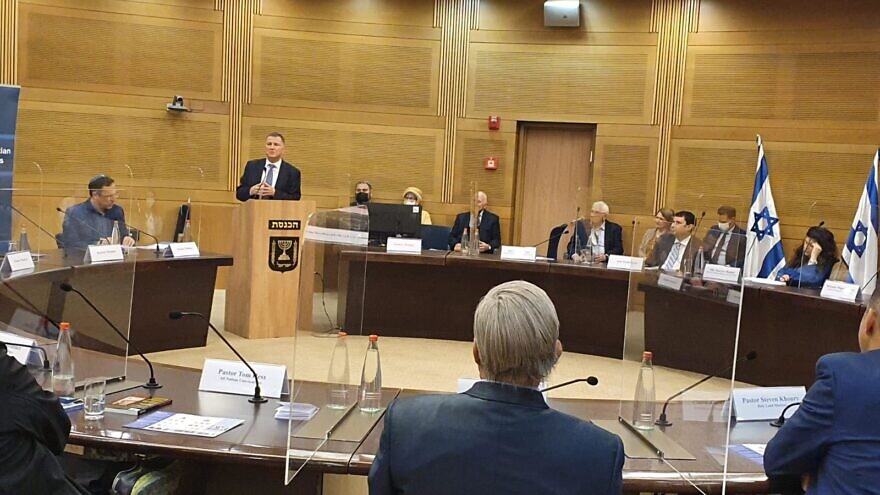 Christian community leaders from Israel and around the world attending a session on the Israeli Knesset as part of the Israel Allies Caucus. Credit: Josh Hasten.
Republish this article
955 WORDS
Spread the word.
Help JNS grow!
Share now:

Edelstein told JNS on February 28, when the caucus held a relaunch conference at the Knesset after numerous postponements due to the COVID-19 pandemic, that “my role is to further strengthen relationships between the representatives of the eight different political parties who are part of this caucus.”

The caucus, Edelstein believes, can be an effective forum “to demonstrate that we have common denominators when it comes to security and other issues.”

Monday’s event was held in the presence of Members of Knesset representing political parties both in the government coalition and opposition. Twenty MKs are members of the caucus.

Also in attendance were Christian community leaders from Israel and around the world, as the goal of the caucus is to open direct lines of communication between Knesset members and Christian leaders, organizations and political representatives.

The event began with the recitation of the “Shechiyanu” blessing by Josh Reinstein, director of the caucus and president of the Israel Allies Foundation, who expressed his gratitude to G-d for being able to host the gathering.

Edelstein and fellow caucus co-chair MK Sharren Haskel (New Hope) addressed the room; Haskel had chaired the caucus on her own in the previous Knesset.

Israel’s “hearts and prayers are with Jews and non-Jews alike in the midst of the bloody conflict going on in Europe,” Edelstein said, referring to Russia’s attack on Ukraine, where the former Knesset speaker was born. 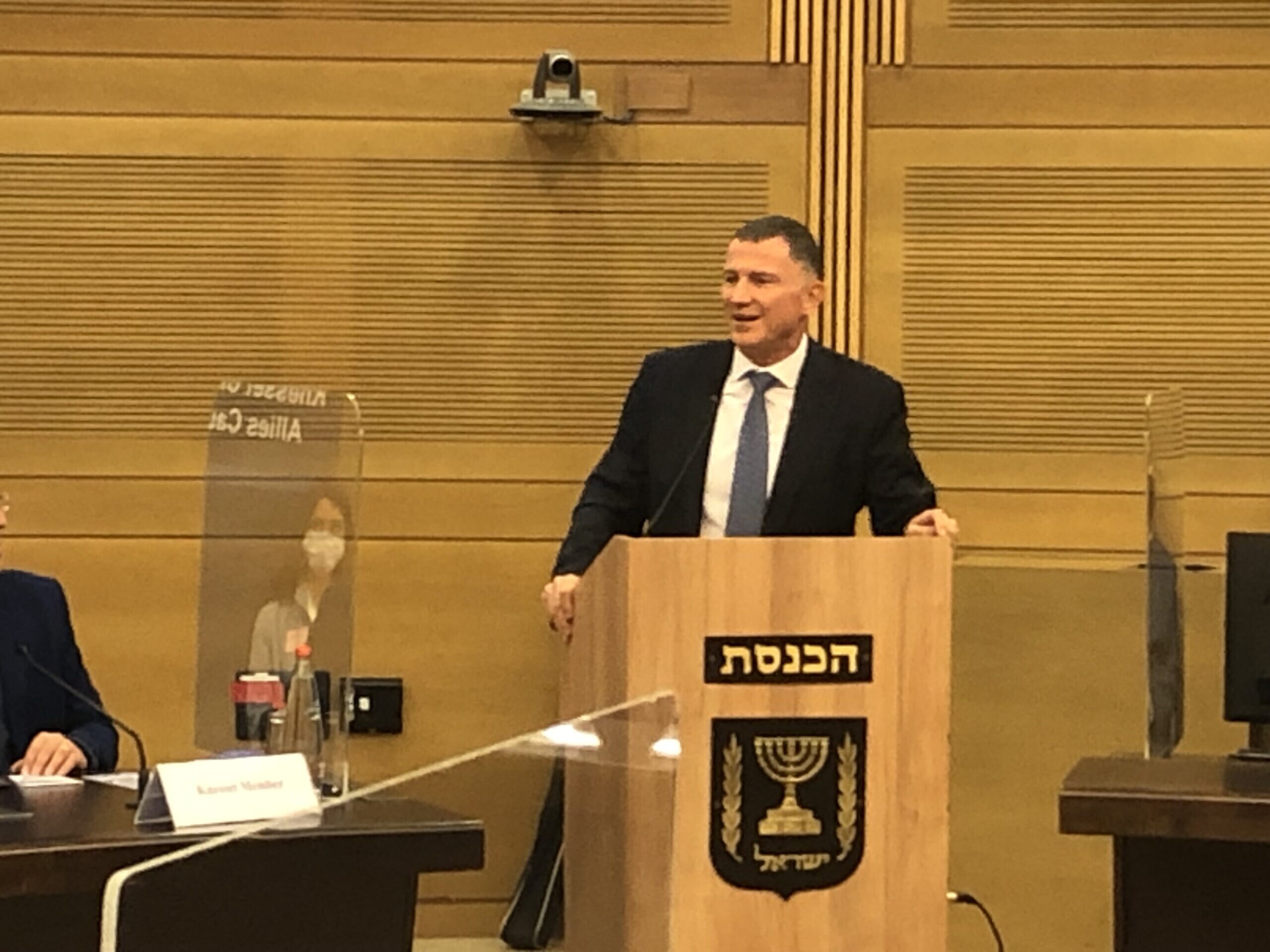 Edelstein drew a connection between the Russian invasion and threats by Iran against Israel, saying “that when push comes to shove, we [Israel] will have to rely on ourselves — our IDF, Mossad, and other security forces” to neutralize the threat.

Haskel also commented on the situation in Ukraine, saying that various Israeli governmental bodies are active in supplying humanitarian aid to the Jewish community under fire in that country.

“As Christian friends of Israel and as Jews from all over the world, you understand the trauma of seeing Jews fleeing their homes,” she said. “At this time, we stand together for all people and our shared values of freedom.”

Similar to Edelstein, Haskel invoked the Iranian threat, saying that the new deal currently being negotiated by Western powers in Vienna “will not prevent Iran from having nuclear capabilities in the coming years.”

She added that Israel “has maintained the right to defend itself,” stressing that Iran “is also a threat to its neighbors and the entire world.”

Turning to the Christian friends of Israel in the room, Haskel said, “Your voice and support of Israel is greatly appreciated. There is a clear moral voice coming from our Christian friends around the world in the face of accusations by groups like Amnesty International. They want to delegitimize the existence of the State of Israel.” 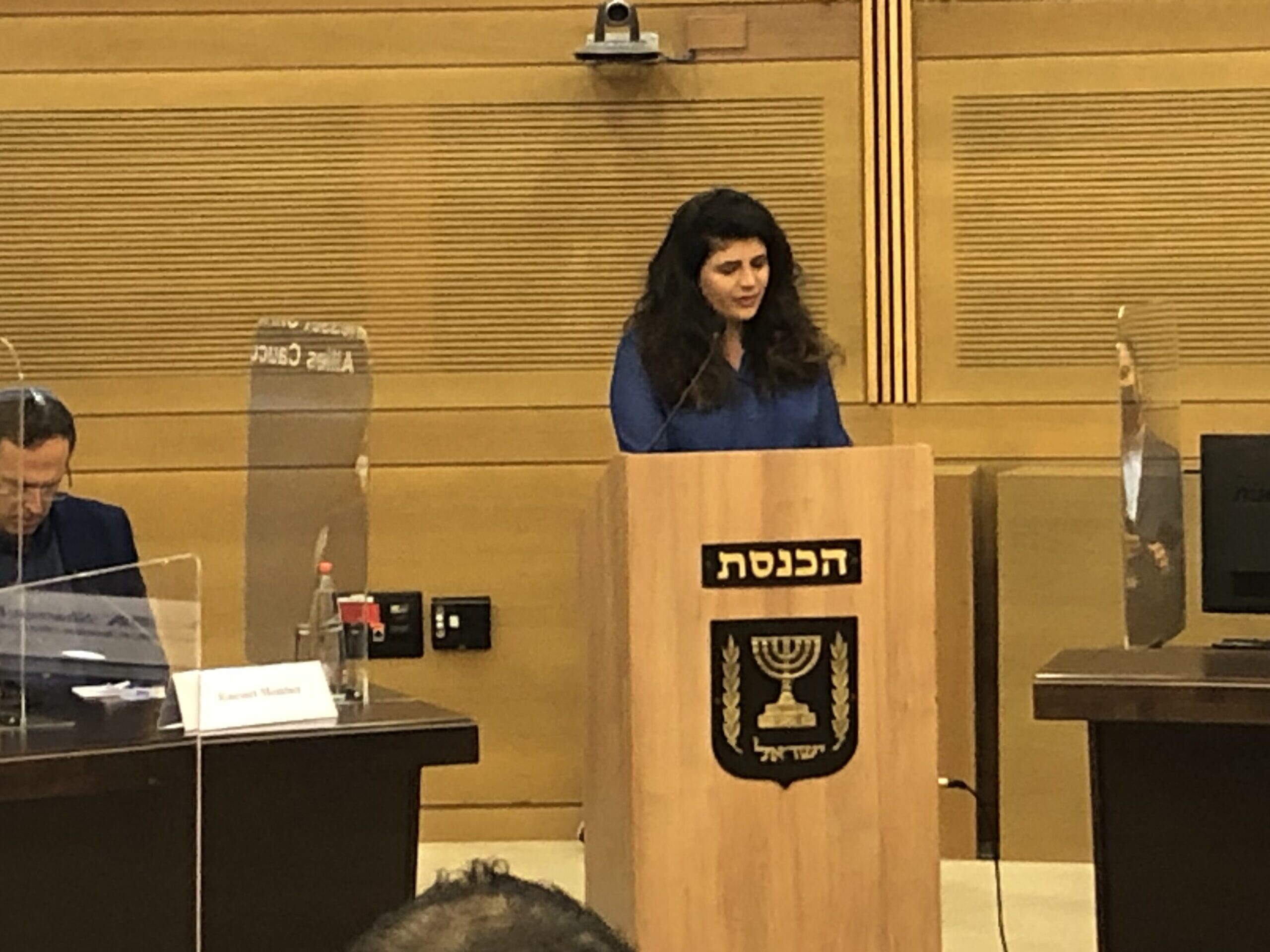 Haskel told JNS that “building face-to-face bridges” between Jews and Christians was challenging during the pandemic as a result of travel restrictions. “There is nothing better than being in Jerusalem and picking up the stones and experiencing that personal connection to the land and its people … to come with the Bible and walk around the country and feel it,” she said.

She also stressed the importance of Israeli MKs visiting Christian communities abroad “and feeling that embrace,” as she has experienced.

“Our community should feel that love and support after experiencing disappointment for so many years,” said Haskel, adding, “We have to work together to target anti-Israel propaganda, and anti-Semitism around the world.”

Reinstein said that faith-based diplomacy — entailing Jews and Christians joining together to defend Judeo-Christian values, standing up for Israel, and combating BDS and anti-Semitism — is the most effective tool in achieving progress in support for Israel.

He attributed faith-based diplomacy as the driving force behind America’s decision to move its embassy from Tel Aviv to Jerusalem as well as for Israel obtaining observer status at the African Union.

Reinstein told JNS that the caucus has many issues on its agenda in the coming months, including “the implementation of IHRA (the International Holocaust Remembrance Alliance working definition of anti-Semitism). A lot of countries have adopted it but haven’t implemented it.” 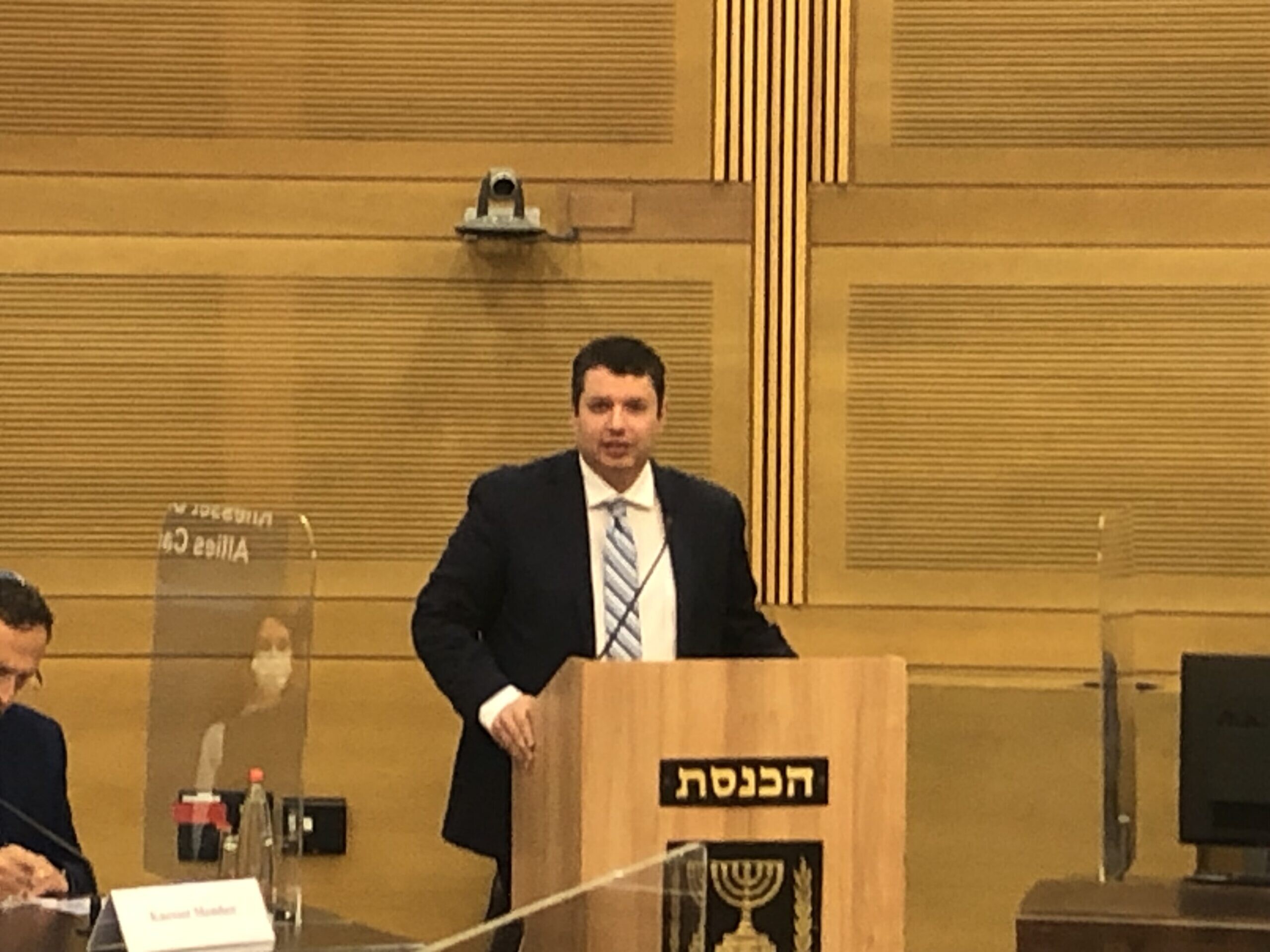 Josh Reinstein director of the caucus, and president of the Israel Allies Foundation. Credit: Josh Hasten.

He added that “we will be working in Europe to stop the labeling regulations on goods from Jerusalem, the Golan, and Judea and Samaria.”

Reinstein said that the caucus is also working to have other countries move their embassies to Israel’s capital of Jerusalem, including the African nation of Malawi.

Bishop Dr. Glenn Plummer, head of Church of God in Christ and his wife Dr. Ruth Pauline Plummer, first lady of Israel for the church, participated in the event on behalf of their church’s 6.5 million members, which Bishop Plummer explained is the largest black church in the world.

The couple recently moved to Israel. Bishop Plummer told JNS that “around three years ago, our church made a historic decision to embrace Israel in a formal way, so we moved here to establish a world class media institute.”

The purpose of the media center, he said, is to enable young adults to “come to Israel on a study-abroad program in order to experience Israel while learning new technologies and media techniques, and create content, to tell the story of Israel to their generation.”

Regarding the February 28 conference, first lady Plummer added, “It’s so good to see so many Christian supporters of Israel gathered here today. We’re here to support our friend Joshua Reinstein, to see how things are progressing, and how we can play a part in it.”