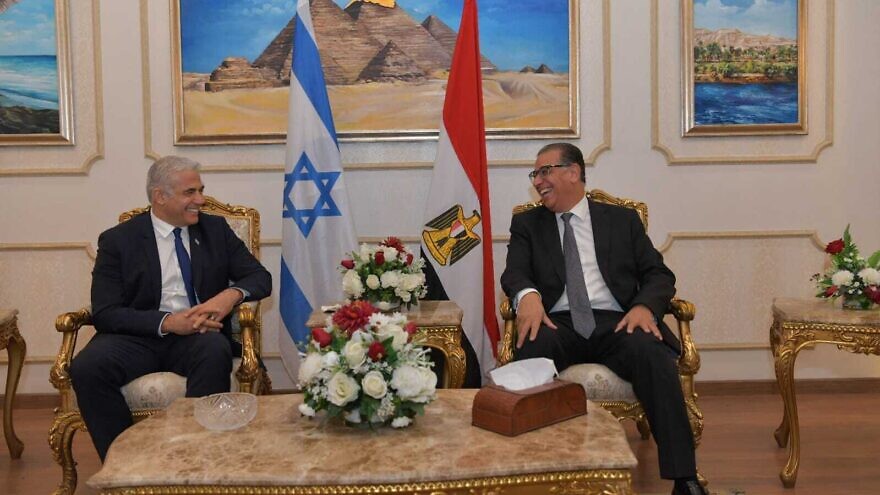 “Egypt is an especially important strategic partner for Israel. My goal is to strengthen our security, diplomatic and economic relations with Egypt,” Lapid said in a Foreign Ministry statement.

Lapid and El-Sisi discussed a host of issues—foremost, countering Iran and its nuclear ambitions. They also talked about the Hamas-run Gaza Strip and Egypt’s role as a mediator between Israel and the terror group, and deepening peace between Israel and Egypt “in the civilian fields of economics, energy, agriculture and trade.”

“At the strategic level, relations have never been better,” said Eran Lerman, vice president of the Jerusalem Institute for Strategy and Security (JISS), telling JNS that “there is a deeper change in Egypt’s orientation. It is more Mediterranean. It is more Pharaonic. It is less Arab and it is certainly less Islamic, which makes for an easier framework for partnership.”

Lerman noted that the warming Egypt-Israel relationship is driven by three things: “Turkey, Washington and energy.”

Lerman said the timing of the meeting is interesting as it comes with Israeli Minister of Defense Benny Gantz in Washington, D.C., who even mentioned the “improved ties with Egypt and Jordan” in talks with U.S. Secretary of State Antony Blinken.

“Moreover, [Lapid’s visit] comes directly after the holding in Israel of the Tripartite Mediterranean Summit,” the eighth such meeting between Greece, Cyprus and Israel, which started with a focus on energy but increasingly has a “military dimension,” said Lerman. “It’s an alignment. I don’t use the term ‘alliance’ here. It’s clearly not that between Israel and Egypt. It’s an alignment of forces. It’s driven by a multiplicity of reasons beginning with the word ‘Turkey.’ ” 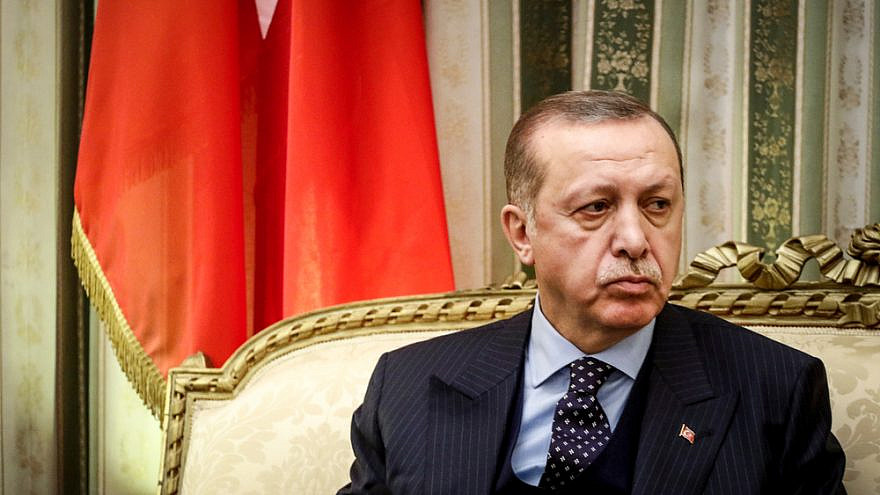 “Both sides are working, operating with Turkey in mind,” agreed Paul Rivlin, a senior research fellow at the Moshe Dayan Center for Middle Eastern and African Studies at Tel Aviv University.

While Turkish President Recep Tayyip Erdoğan’s tussles with former Israeli Prime Minister Benjamin Netanyahu were perhaps more widely reported in Western media, Erdoğan has been equally critical of Egypt, with which his country has fallen out since El-Sisi deposed Muslim Brotherhood leader Mohamed Morsi in 2013.

“The Egyptians feel annoyance and resentment of Turkey. After all, Turkey supported the Islamic regime that was in power for one year in Egypt. And that won’t be forgotten,” said Rivlin. “Egyptians have long, long memories.”

The main order of business in the meeting, however, was not Turkey, but Iran. “It’s not the most important issue from an Egyptian point of view. They’ve suffered less from Iran than others in the region, but still, they’re beholden to the Saudis and the United Arab Emirates for their help since 2013, and they don’t like the Iranians one bit,” said Lerman.

He said the way Egypt can help is by drawing Syrian President Bashar Assad away from the Iranian fold.

“The most important issue for Lapid beyond the Iranian portfolio is his plan for Gaza. The Egyptians are mediators, the conveyor of messages, and they’ve done a remarkable job in pressuring Hamas to keep the Gaza border quiet,” said Lerman. “There has not been one incendiary balloon for a month now. No one’s paying attention to what’s not happening. Sometimes, what doesn’t happen is a very important thing.”

Lapid’s “Economy for Security” plan, which he announced in September, calls for Israel to reconstruct Gaza in return for Hamas maintaining long-term quiet.

“I think Lapid really does believe that peace with the Palestinians is possible,” said Rivlin. “It’s a very remote possibility and … he would like to start some movement that could eventually, one day, result in an end to the current situation which is a kind of stalemate.” 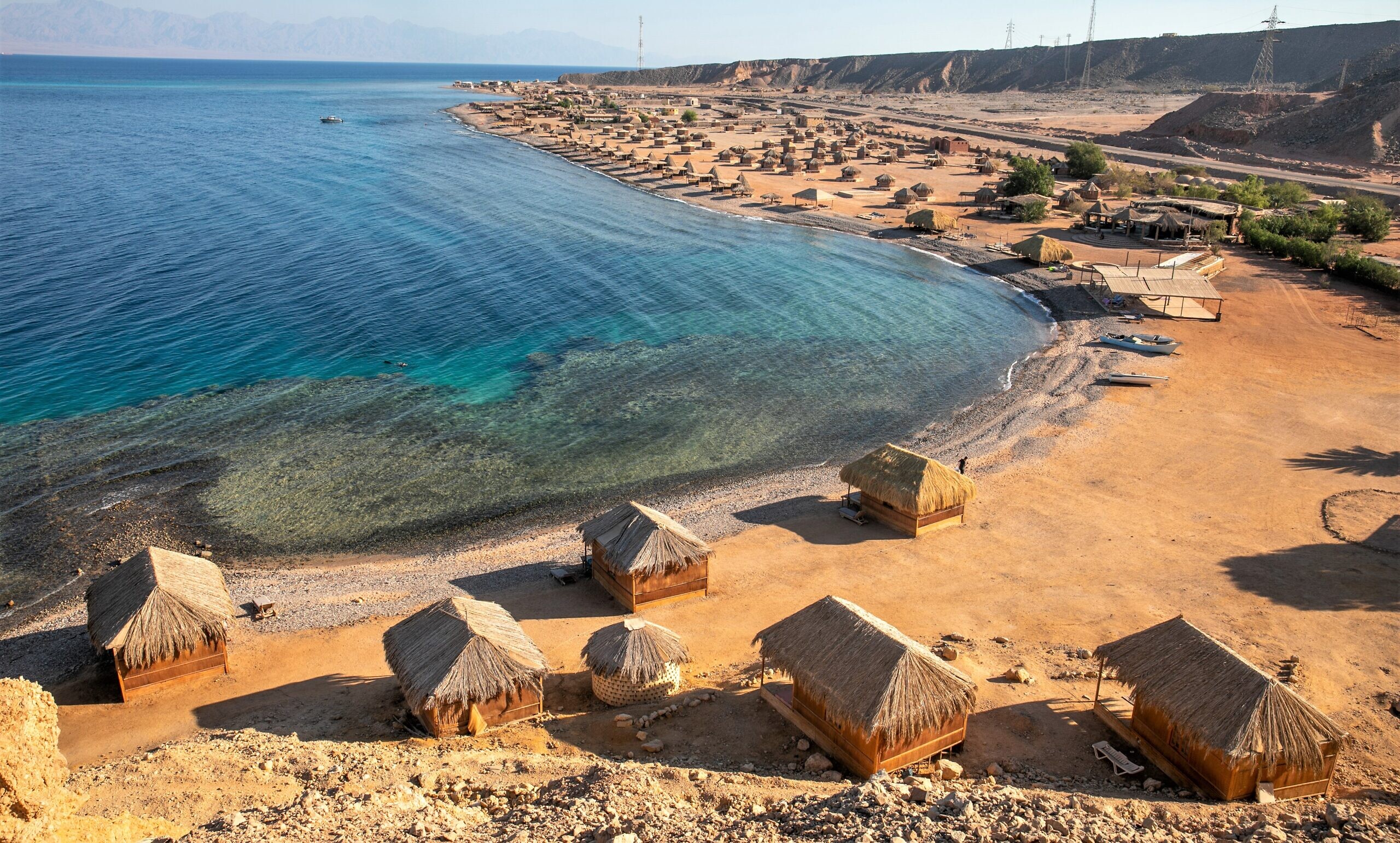 A resort in the Sinai Peninsula, Egypt, on Oct. 3, 2021. Photo by Yossi Aloni/Flash90.
Republish this article in your newspaper or website