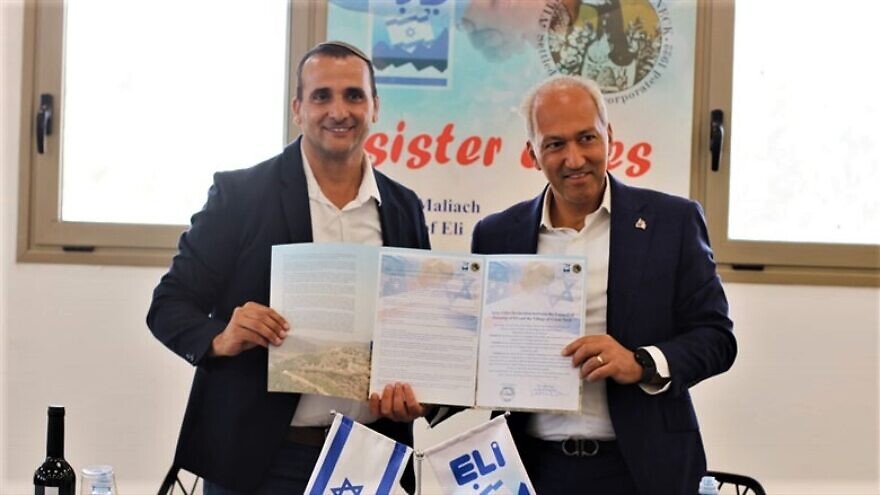 (July 8, 2022 / JNS) The mayor of a town in the Binyamina Region of Samaria has signed a Memorandum of Friendship with the mayor of Great Neck on Long Island, N. Y., to develop ties and join forces in the fight against the BDS movement against Israel.

Eli Mayor Ariel El-Maliach and his counterpart, Mayor of Great Neck Dr. Pedram Bral, signed the memorandum at a ceremony this week.

Bral is also organizing a coalition of mayors from towns around the United States to support other towns and cities in Judea and Samaria, and to combat pro-BDS actions.

“We see and feel that there is a lot of hard work to be done in order for [U.S.] President Joe Biden and his staff to change their approach to Judea and Samaria,” said El-Maliach at the signing ceremony. “In order for this change to happen, the public pressure exerted by Pedram along with his coalition of American mayors is necessary, and it will have an impact on the near future in Judea and Samaria, and help set right the right attitude of the Americans towards the Palestinians.”

El-Maliach and Bral discussed working together on various projects, including the gathering of regional security systems in the northern Binyamin area.

They also talked about establishing a center for emergency medical services for the residents of Eli and nearby towns. At present, women in the Eli area who are in labor often travel an hour away to a hospital in Jerusalem or Petach Tikvah to give birth. 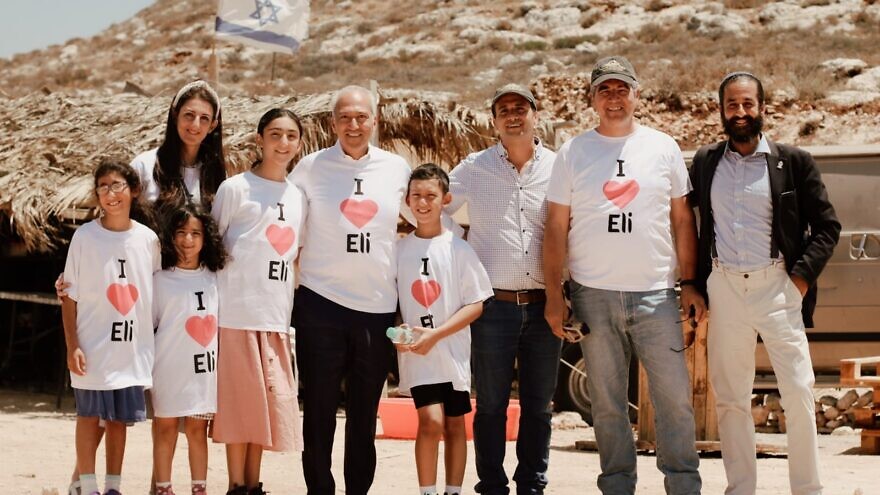 Mayor of Eli Ariel El-Maliach (third from right) and Mayor of Great Neck, N.Y., Dr. Pedram Bral (fifth from left) with family and friends in Israel. Credit: Courtesy.
Republish this article in your newspaper or website