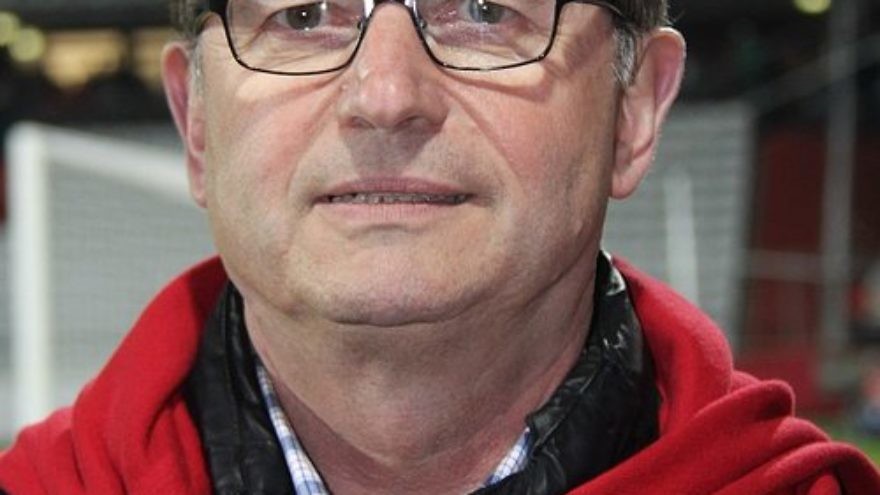 (October 27, 2016 / JNS) You probably haven’t heard of Karlheinz Kopf. He’s one of three Austrian politicians currently sharing that country’s presidency following the departure of the previous incumbent in July.

Kopf just returned to Vienna from Iran, where he distinguished himself by calling on the United States to ditch those sanctions against the Tehran regime that have remained in place since the Iran nuclear deal was signed last year. And that wasn’t the half of it.

Frankly, Kopf’s statements during his visit might have been drafted by his Iranian hosts. Asked about trade with Iran, he waffled on about “140 years” of friendship between the two nations before touting the growing trade between them, which includes a “roadmap” for the expansion of commercial ties over the next four years. He expressed regret that continuing U.S. restrictions on Iranian banks prevent investment in the Islamic Republic. When asked about the zealous imposition of the death penalty in Iran, he retorted that he had not come to Tehran to “moralize.” Since prisoners can face execution in the U.S., who are westerners to deliver lectures?

One can only imagine the delight with which the Iranians greeted these remarks, which sound more suited to someone like Noam Chomsky than a provincial Austrian politician in a gray suit. And you can hardly blame them. European leaders, like Kopf, are the gift that keeps on giving, all the way up to publicly admitting, while standing in Tehran, that there is no essential moral difference between America and Iran – while Iran’s proxy in Syria, the regime of Bashar al-Assad, is pulverizing thousands of children in Aleppo with air strikes. In that regard, Kopf had nothing but praise for Iran’s regional role, describing it, according the regime’s official mouth piece, Press TV, as helping to “reduce conflicts and restore peace and stability to the Middle East.”

And yes, you did read that correctly.

Were the Iranians as sensitive to Kopf’s position as the representative of a parliamentary democracy? No, they weren’t. They probably didn’t need to be. Kopf was treated to a full-on display of Iranian fanaticism. We can be quite certain he smiled politely through all of it, before turning the conversation back to the ways in which Austria can assist Iran with water management, waste disposal and tourism development.

Among the leaders Kopf met was the speaker of the Iranian parliament, Ali Larijani. During an election season with plenty of loose talk about “nasty politicians,” Americans who want to see a genuine example of this phenomenon could do much worse than examine Larijani.

In 2009, when he was Iran’s foreign minister, Larijani addressed an audience of top European political, military and business leaders at the annual Munich Security Conference. An incredulous audience heard him describe Iranian support for Hamas, the Palestinian Islamist organization, as an “honor,” before defending (on German soil!) the Holocaust denying statements of Iran’s then president, Mahmoud Ahmadinejad.

Since that time, Larijani’s role in the regime has been shunted around. He served as a nuclear negotiator and in the parliament. But he remained a central figure and continues to meet with foreign politicians. During his encounter with Kopf, Larijani, apparently straight-faced, told the Austrian that “Iran always stresses the importance of political dialogue and negotiations as the only solutions to the existing problems in the region instead of using military means.” But that didn’t prevent him, according to the Austrian activist group “Stop the Bomb,” from labeling Israel as the “fabricated Zionist regime” responsible for the terrorism plaguing the Middle East.

Of course, Larijani didn’t say anything we hadn’t heard from the mullahs before. What’s much harder to accept is even as these disgraceful slurs are uttered, European leaders, together with the Obama Administration, perpetuate the fiction that Iran has moderated under its current President Hasan Rouhani. And a big part of it is greed, plain and simple.

Austria is a particularly odious example of a state that can’t stop publicly salivating at the prospect of lucrative Iranian business contracts. In 2015, right after the announcement of the nuclear deal, Kopf’s predecessor, Heinz Fischer, became the first western leader to visit Iran in more than a decade. Accompanying him were 240 Austrian business executives, whose path to commercial success was considerably smoothed by Fischer’s ludicrous self-portrait. “Austria is a land of dialogue. We reject violence,” Fischer gushed. “We want to build bridges and want to seize every opportunity to reduce tensions and promote a climate that promises a better future than if we remain stuck in confrontation.”

Since the British are the only European nation with a proper grasp of irony, one shouldn’t expect Austrians, like Fischer and Kopf, to reflect upon their antics in front of a regime that sponsors suicide bombings and terrorist outrages across the globe. It’s clear their yardstick of success is the number of contracts secured for Austrian banks and businesses, like the OMV oil company and the Erste Bank; the gutter, conspiracy-laced political rhetoric of the mullahs is just part of the local scenery. Seeing things in this way eases any guilt that might arise when the representatives of a country that enthusiastically united with Nazi Germany in 1938 leave unchallenged the naked anti-Semitism of Iran’s leaders today.

On this side of the Atlantic, we need to ensure that our own politicians don’t follow Kopf’s wretched example.  One of the first pieces of business that Congress will face in November is the renewal of the Iran Sanctions Act (ISA), which enables a range of sanctions targeting Iran’s nuclear program and ballistic missile tests. The vote is likely to pass in the House of Representatives, but may well face a tougher ride through the Senate, as well as the possibility that President Barack Obama won’t sign it into law. Getting the ISA renewed is, in the current circumstances, the best message we can send to the Iranians that the United States isn’t as easily fooled and seduced as their lackeys in the European Union.
Ben Cohen, senior editor of TheTower.org & The Tower Magazine, writes a weekly column for JNS.org on Jewish affairs and Middle Eastern politics. His writings have been published in Commentary, the New York Post, Haaretz, The Wall Street Journal, and many other publications. He is the author of “Some of My Best Friends: A Journey Through Twenty-First Century Antisemitism” (Edition Critic, 2014).