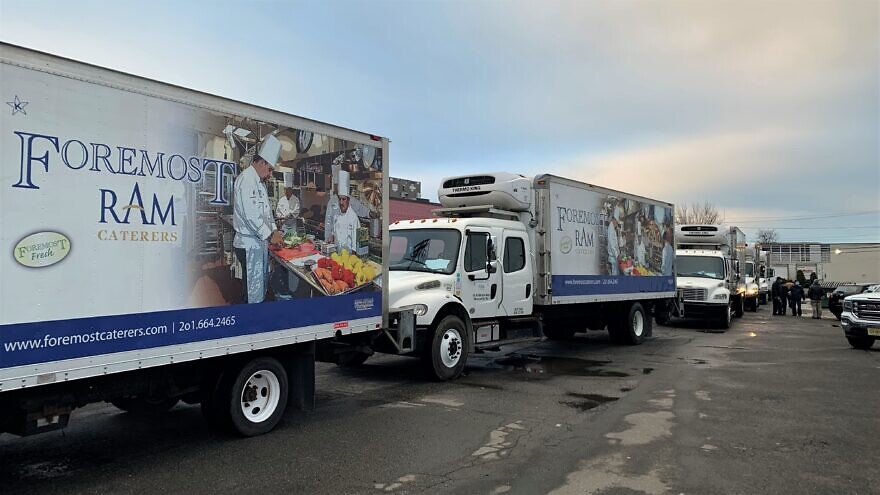 Foremost Caterers is preparing and delivering kosher-for-Passover packages to some of New York's most vulnerable Jews before the seder on April 8, 2020. Credit: Courtesy.
Spread the word.
Help JNS grow!
Share now:

(April 6, 2020 / JNS) In time for the first Passover seder on April 8, UJA-Federation of New York is providing more than 8,500 free Passover seder meals and seder kits to more than 4,000 of the most vulnerable and most impacted New York households, especially amid the coronavirus pandemic.

Foremost Caterers is preparing and delivering all of the packages.

UJA worked with dozens of its partners across the five boroughs, Long Island and Westchester County to identify families and individuals who are isolated, financially vulnerable or previously have relied on free or subsidized communal seders.

“There is no more joyous festival in the Jewish calendar than Passover—and its highlight is celebration with family and friends,” UJA-Federation of New York CEO Eric Goldstein. “Instead, this year, many find themselves alone, dealing with fear and uncertainty, and struggling to create a traditional seder.”

“At the start of the seder, we say, ‘All who are hungry come and eat, anyone who lacks provisions for Passover come and partake,’ ” continued Goldstein. “By delivering 8,500 seder meals, we are doing our small part to help people hold their own Passover seders with dignity and the embrace of the entire community.”

Depending on the number of people in the household, deliveries include full dinners, including stuffed cabbage, chicken matzah-ball soup, chicken with potatoes and carrot tzimmes, macaroons, matzah and grape juice. Also included are traditional seder-plate items including parsley, egg, charoset, shank bone and horseradish.

The Passover meals are made possible by grants from UJA, the Jewish Communal Fund and other generous funders.