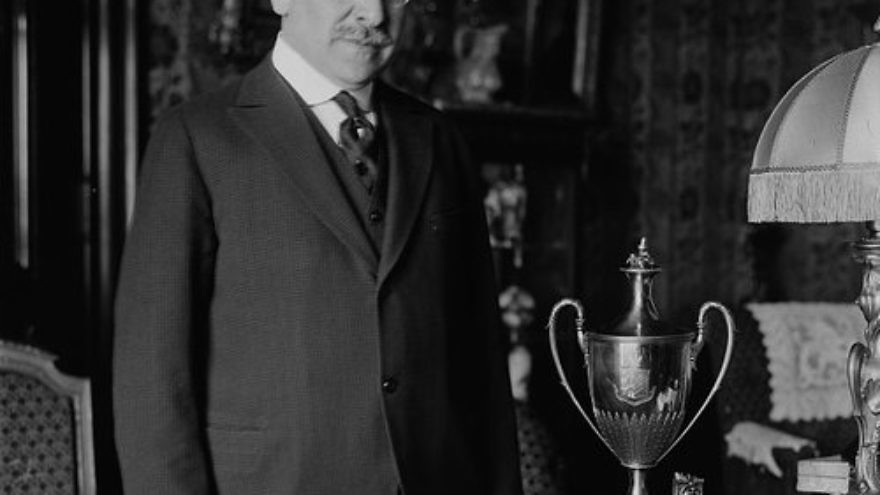 Prof. Hasia Diner has a well-earned reputation as an insightful historian. But in her new book, “Julius Rosenwald: Repairing the World,” she seems to be so admiring of her subject that she can see no ambiguity in his achievements and no problem with his legacy.

There is much to be admired in Rosenwald’s life story. He was one of the German Jews who came to this country in the middle of the 19th century and, after amassing a fortune, turned their attention to philanthropy.

He was remarkably modest about his achievements and his generosity, and he deserves praise for both. Starting out as a peddler, he ended up the owner of Sears Roebuck, which he developed into the largest mail order company in the country. Yet whenever he was asked about how he made his fortune, he would say it was all a matter of luck, and being in the right place at the right time.

Though he gave to all manner of causes, he never permitted any building he endowed to be named for him, and he sought no credit for himself. As Diner points out, he was one of the first philanthropists who made nearly all his donations in the form of challenge gifts so that others would be inspired to give as well, and so that the recipients of his generosity would learn to be self-reliant.

Rosenwald is best remembered for his enormous support of the cause of African-American education and advancement. But he also gave to Jewish causes. Though a Reform Jew, he was sympathetic to the needs of the more traditional Eastern European Jews who were coming to America in such large numbers and played a major role in funding schools and institutions across the Jewish spectrum. He also gave generously to the Jews of Europe, both during and after World War I.

As Diner stresses, Rosenwald saw his philanthropy as an integral part of his Judaism. She attributes his concern for others and his desire to help build a better America to Rabbi Emil G. Hirsch, his rabbi at Sinai Temple in Chicago, whose sermons he listened to frequently.

My main reservation with the book is that Diner avoids the question that confronts contemporary liberal Jews and that a reader can’t help but ask while contemplating Rosenwald’s own experiences: Can an approach that focuses on building a better world, but not necessarily on Jewish knowledge and observance, survive for more than a few generations?

It is the flip side of the dilemma that faces the traditional Jewish community: Does Jewish continuity depend upon isolation from the outside world and being concerned only with one’s own, or do we have a responsibility to contribute to the welfare of the world at large?

Liberal Jews may feel it only right and proper to criticize their co-religionists who wish to live in isolation, but it is undeniable that almost half the children receiving a Jewish education in New York City today are registered in Orthodox day schools or yeshivas.

There are several reasons for this but primarily, Orthodox Jews have more children than do liberal Jews while the second and third generations of liberal Jews marry outside the faith in great numbers and do not identify as Jews.

The fact is, the kind of Judaism exemplified by Rosenwald has not led to the growth of a literate and committed liberal Jewish community. Quite the opposite, actually. The present state of affairs can be summed up by the story of the liberal Jew whose entire Jewish education had centered on the concept of tikkun olam (repairing the world) and who, upon arriving in Israel, asked, “How do you say tikkun olam in Hebrew?”

This is not to suggest that Jewish life in America has to be an either-or proposition and that we must choose between aligning ourselves with those Jews who strive to build a better America, or with those who strive to build a literate and an involved Jewish community. But if we are to survive and have a moral purpose for our survival, we need to find a way to enable both groups to learn from each other.

Diner has written a well-deserved tribute to one of the giants of American philanthropy, who also happens to be one of the heroes of American history. But, to the great detriment of her book, she left out a supremely important dimension to Rosenwald’s story—a dimension that relates to his people and their ultimate survival.

Rabbi Jack Riemer is a frequent reviewer of books of Jewish thought in America and abroad. He is the co-editor of “Ethical Wills,” and the editor of “The World of the High Holy Days.” His two volumes of sermons will be published soon.