Second Grade students at the Nofei HaSela school on the first day back at school after the Summer holidays, in Ma'ale Adumim, September 1, 2017. Photo by Hadas Parush/Flash9
Republish this article
1466 WORDS
Spread the word.
Help JNS grow!
Share now:

(January 28, 2022 / JNS) The majority of Jews in contemporary Israel are descendants of Jews who were expelled or fled from countries under Muslim rule between 1948 and 1967. Generally referred to as Mizrachim (from the East), they include those with roots in Central Asia, the Balkans and Ethiopia.

But a recent survey of Israelis under 30 indicates that the history, heritage and culture of Mizrachi Jewry are woefully neglected in Israel’s school system.

In the poll carried out in late December 2021 by Smith Consulting, a leading Israeli poll company, 80% of those polled said that the subject was either not taught at all or in a limited way, and 75% could not recall any program or lesson in school that reinforced a positive perception of Mizrachi Jewry.

Some 68% of respondents had never heard of the Farhud, the 1941 pogrom in Baghdad that killed more than 150 Jews, whereas 58% were able to correctly identify Kristallnacht.

The survey was commissioned by Iraqi-British Jewish businessman and philanthropist David A. Dangoor CBE. Dangoor is president of Dangoor Education, a subsidiary of the Exilarch Foundation that supports educational initiatives, including many in the field of Sephardi/Mizrachi heritage, culture and education. He also serves as vice president of the World Organization of Jews from Iraq.

He told JNS that the poll data was presented to Israel’s Minister of Social Equality Meirav Cohen in the hope that it will be used to provide the Israeli government with information that can be used to enhance Israeli society.

“Israel is in a wonderful position of having two cultures,” he said. “It’s not just a matter of rights and fairness; it’s a matter of richness and fertility of ideas.”

As he explains, “It’s been proven by study after study that diversity enriches the thinking process in business and science. Cultural diversity brings cognitive diversity and enriches debate.”

Israel would benefit from incorporating the Eastern viewpoint in both the cultural and political spheres, added Dangoor.

In 2014, the Knesset designated Nov. 30 as the Day of Commemoration for the Jewish Refugees From Arab Countries and Iran, but only 11% of the young people polled had heard of it.

Dangoor praised the official commemoration initiative but suggested that other heritage projects of Mizrachi Jews, such as the Babylonian Jewry Heritage Center in Or Yehuda, deserve to get more significant government support. 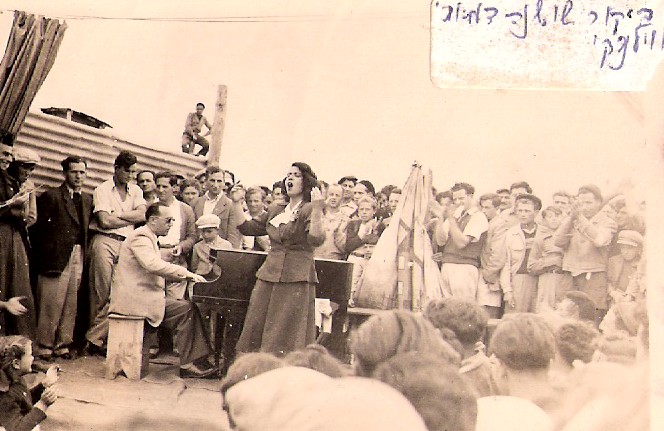 Back in 2014, it was Shimon Ohayon, a Knesset member (Yisrael Beiteinu) and chairman of the Knesset Caucus for Jewish Refugees from Arab Countries who brought the proposal to the Knesset for the Nov. 30 commemoration.

Today, Ohayon is director of the privately funded Aharon and Rachel Dahan Center for Culture, Society and Education in the Sephardic Heritage at Bar-Ilan University in Ramat Gan.

Recalling the strong opposition of then-Israeli Minister of Education Shai Piron (Yesh Atid Party) to both the proposal and increased study of Mizrachi subjects, Ohayon told JNS that it’s been difficult since then to make significant gains in the school system.

The Foreign Ministry has been involved in organizing commemoration ceremonies around the world, and the Ministry for Social Equality has been supportive, he said, but the lack of funding from the Education Ministry remains a serious barrier to furthering the study of Mizrachi culture and history.

“Where was the reaction of the Minister of Education to this latest Smith poll?” asks Ohayon.

Another question he poses concerns the 30-billion-shekel ($9.4 billion), five-year development program for the Arab sector approved by the government last October designed to reduce the socioeconomic gaps between Arabs and Jews.

“Why couldn’t they find even 1 billion shekels over five years to strengthen education about half of Israel’s Jewish society?” asks Ohayon. “I believe in coexistence with the Arabs, but integration with my own people.”

Ohayon emphasizes that his goal is to try and close the gap, and share the traditions and rich culture of Jews from non-European countries. But doing so requires greater investment in attracting professors and offering university-level courses to train teachers.

On Israel’s cultural scene, Mizrachi entertainers have long been among the most popular—iconic singers like Ofra Haza and Shoshana Damari, aka “The Queen of Hebrew Music” (both of Yemenite background); Iranian-born Rita Yahan-Farouz (Kleinstein), known as just “Rita”; Yafa Yarkoni (Caucasus) Jo Amar (Moroccan) were all hugely successful from the 1960s on; and in recent decades, Israeli society has embraced recitals of Sephardic piyyutim and concerts of the various Andalusian orchestras are sell-outs. “This informal embrace gives life, but we still need the basics,” insists Ohayon. 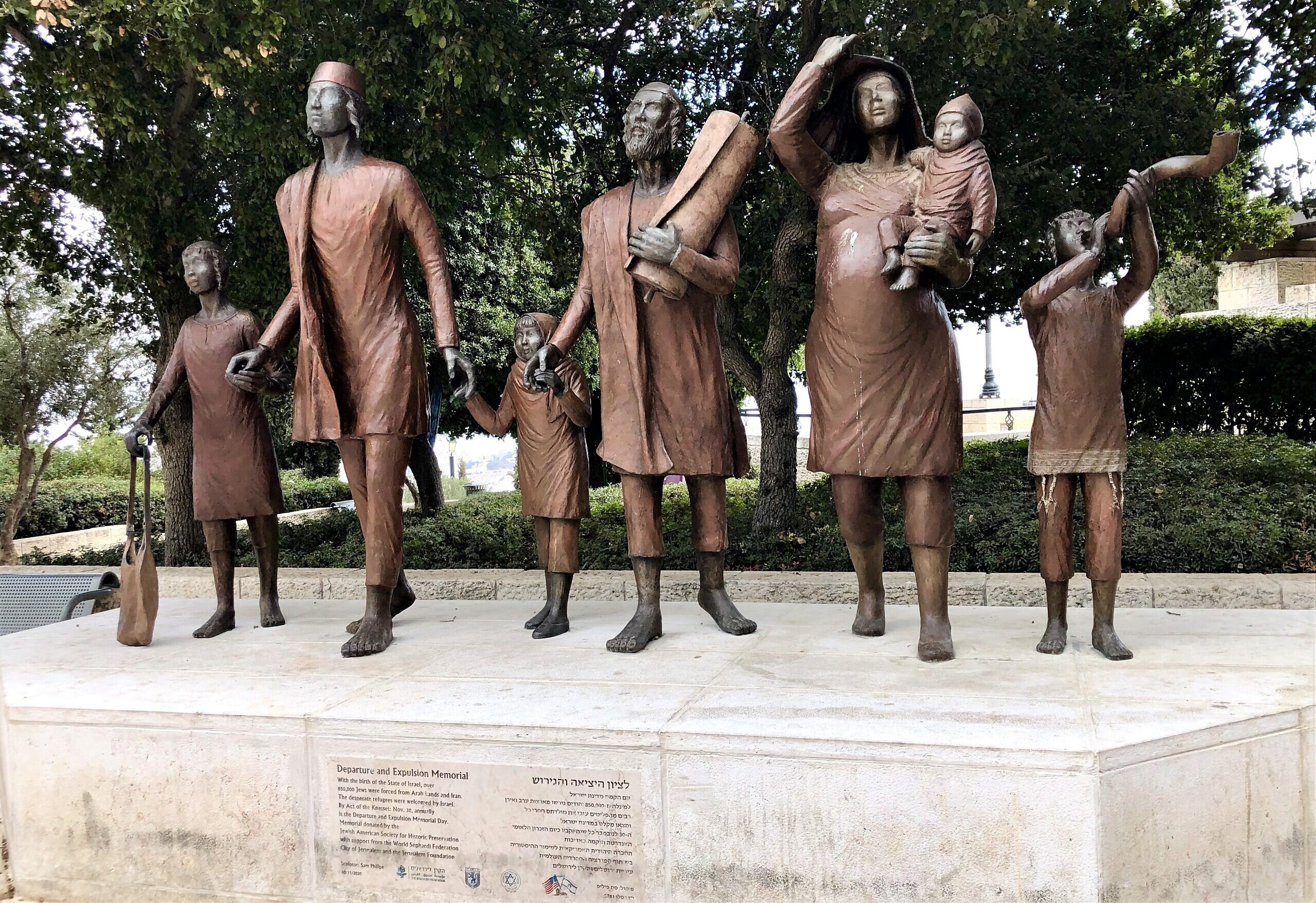 “The Expulsion and Departure Memorial in Jerusalem”: With the establishment of modern-day Israel, more than 850,000 Jews were forced from Arab lands and Iran and welcomed by the Jewish state. Photo by Judy Lash Balint.

‘Whatever Sephardic education we have has to be squeezed in’

Both Dangoor and Ohayon acknowledge that many Jews of Mizrachi and Sephardic background have bought into the idea that their own culture is of little value, and they strive to be part of what they perceive as mainstream Ashkenazi or Western culture.

“There should be more emphasis on highlighting people like Shlomo Hillel to help give people pride in their heritage, “says Dangoor. Hillel was the Iraqi-born former Speaker of the Knesset who was the architect of “Operation Babylon,” which brought 120,000 Iraqi Jews to Israel between 1950 and 1951.

One organization that’s actively working to restore pride as well as impact the education system is the Maimonides Heritage Center. Based in Tiberias, the center is located at the traditional burial site of the renowned 12th-century Spanish-born sage, Rabbi Moses ben Maimon, known as Maimonides or the Rambam.

Established in 2003, it’s headed by Rabbi Yamin Levy, who told JNS that he’s not alarmed by the Smith poll results. His center produces educational material on Maimonides and Sephardic heritage that reaches nearly 400 schools; many principals of these schools are Sephardic and welcome the extracurricular activities, he notes. 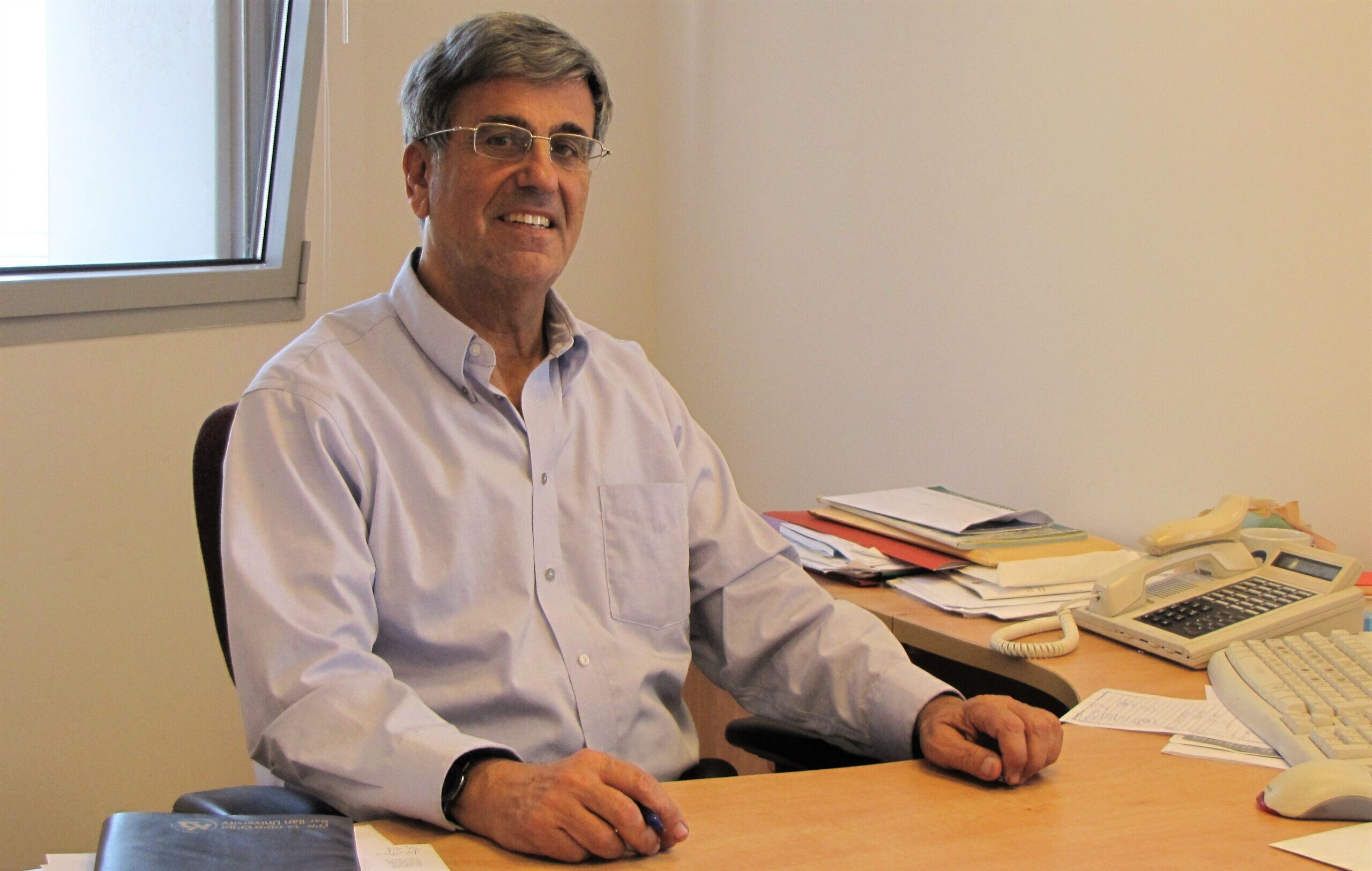 “There is a desire to educate, but the day and the budget are limited, and if we’re going to focus on a modern Jewish historic moment, it’s going to be the Holocaust. Whatever Sephardic education we have has to be squeezed in,” he says.

The center publishes weekly newsletters for kids and adults, and maintains an active YouTube channel stocked with short educational programs geared for a young audience on everything from Yemenite culinary traditions and Moroccan piyyutim to selichot of the Persians. The channel is publicized through the schools, and the center offers prizes to kids who study and become proficient in the material.

Beyond educating youth about the beauty of Sephardic traditions, Levy says it makes sense that Israel starts highlighting the history of Mizrachi Jews for political reasons.

“This is where we’re from; this is our Middle East. The Mizrachi Jews are the natives of the Middle East, and that’s not something you can say about the Ashkenazim,” he asserts. “It’s an important new narrative.”

‘Mizrachim were forced to deny their Jewish-Arab identity’

Many prominent government figures attend the center’s annual three-day conference, which receives support from the Ministry of Culture and Sport, and the Ministry of Education, and garners significant publicity for the range of speakers and topics related to the Rambam.

Sephardic perspectives on halachah (Jewish law) are another powerful way to instill pride, according to Levy. “Great minds like Rabbi Ovadia Yosef and Rabbi Benzion Uziel—the first Sephardic chief rabbi—were a powerful force in preserving Sephardic liturgy, halachah and tradition. They developed many progressive teshuvot (‘responsa’) about organ donations and agunot that incorporated Sephardic values and knowledge into Jewish law.”

Levy draws attention to the work of Israeli-born artist Meir Gal, who in 1997 created a photo project called “Nine out of Four Hundred (The West and the Rest).”

Gal writes: “The book shown in the photograph is the official textbook of the history of the Jewish people in recent generations that was used by high school students (including myself) in the 1970s. The nine pages I’m holding are the only pages in the book that discuss non-European Jewish history. Hence the title: ‘Nine Out of Four Hundred (The West and the Rest).’ ”

He goes on to explain: “Mizrachim historically suffered no contradiction between being a Jew and an Arab simultaneously. The advent of Zionism and the establishment of the Israeli State drove a wedge between Mizrachim and their origins and replaced their Jewish-Arab identity with a new Israeli identity based on European ideals, as well as hatred of the Arab world. From the moment of their arrival in Israel, Mizrachim were forced to deny their Jewish-Arab identity, which they had held for centuries in Arab countries and in Palestine. The inevitable outcome was an irreconcilable Mizrachi denial of its own past, which gradually evolved into self-hatred.”

Still, the results of the latest Smith Poll show how far Israel has come—and how far there is still to go in restoring pride among the Jewish majority to harness the full potential of an integrated society.