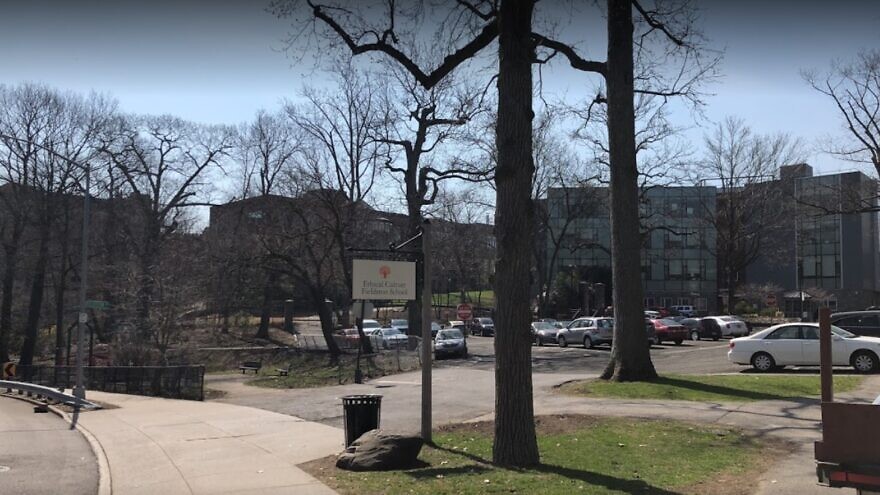 (January 13, 2020 / JNS) Fieldston, an elite New York educational institution already criticized for failing to address growing anti-Semitism on its campus, has fired a teacher for anti-Israel social-media posts and making an obscene gesture at guest speakers during a school assembly.

History teacher JB Brager, who is Jewish, accused Israel of exemplifying “ethno-nationalist settler colonialism” in response to Fieldston inviting two pro-Israel rabbis, Ammiel Hirsch and Joshua Davidson, in the aftermath of the school receiving backlash over inviting  Columbia University Law School adjunct Kayum Ahmed, who told students at an assembly on Nov. 21 that “Jews who suffered in the Holocaust and established the State of Israel today—they perpetuate violence against Palestinians that [is] unthinkable.”

“For a school assembly on anti-Semitism, SURE GO AHEAD and invite two white men who run Reform congregations, both of whom are Zionists, one that wrote that the ‘most insidious strain [of American anti-Semitism] is that of anti-Zionist intersectionality [on the far-left],” said Brager, who also tweeted that Zionists weren’t welcome at her birthday party.

In a statement to the New York Post, Fieldston said it “does not comment on personnel matters. We can reaffirm, however, that the school does not tolerate hurtful, offensive or exclusionary content or comments from any member of the community.”

“Students, parents, employees and other members of our community all face consequences for misbehavior of this nature,” added the school.