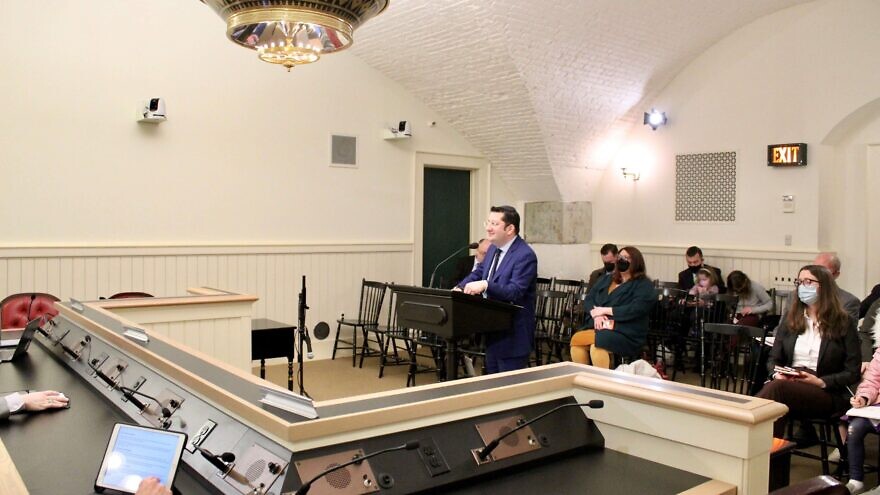 (February 21, 2022 / JNS) The Ohio House Higher Education Committee heard testimony on Feb. 15 on a bill that would require colleges and universities in the state to provide accommodation for students when there are conflicts between class assignments, exams and religious observances.

The bipartisan bill was introduced by Republican State Rep. Gary Click and Democratic State Rep. Jessica Miranda, and has since gained 18 co-sponsors.

Called “The Testing Your Faith Act,” it would require institutions to adopt a policy to reasonably accommodate students with sincerely held religious beliefs when it comes to exams, academic requirements and absences to participate in religious holidays or activities.

Students must be afforded the ability to request alternative arrangements, such as rescheduling an exam before or after a planned religious observance, and they must inform the instructor within the first 14 days of class by written notice. The instructor must accept the notice without question or any consequences for the student. School administrators must also provide a calendar of religious observances to their staff.

He told the committee how the protection of religious minorities dates back to the country’s founding, reading part of President George Washington’s letter to the Touro Synagogue in Newport, R.I., and that the legislation was in that spirit.

When the advocates of the bill began looking into the issue, he said, they discovered disturbing instances where each year students face hardships receiving accommodations for their religious observance.

“The General Assembly is well aware of the polarization across society,” said Beigelman. “The recent bomb threats made to historically black colleges and universities at the start of Black History Month is just the latest example. The terrorist attack and hostage-taking at Colleyville’s Beth Israel synagogue is still fresh in our minds.”

He continued, noting that “there are other legislative efforts at the statehouse and in Congress that focus on protecting faith-based and cause-focused nonprofits from hate-fueled violence. But what legislation like this will do, if enacted, also sends a powerful message of religious inclusion and accommodation that will be heard on every college campus across Ohio. It will help to change the climate in our society by announcing, ‘if you believe differently, you are more than welcome here; your beliefs are equally protected and respected.’ ”

“No student should be forced to make a choice between their faith and their education. Nor should they face backlash if they do,” said Beigelman. “And the base level of protection at every public university campus across Ohio should be the same. This legislation codifies that these critical constitutional freedoms are indeed legal requirements while ensuring only a modest burden on university administration and college faculty.” 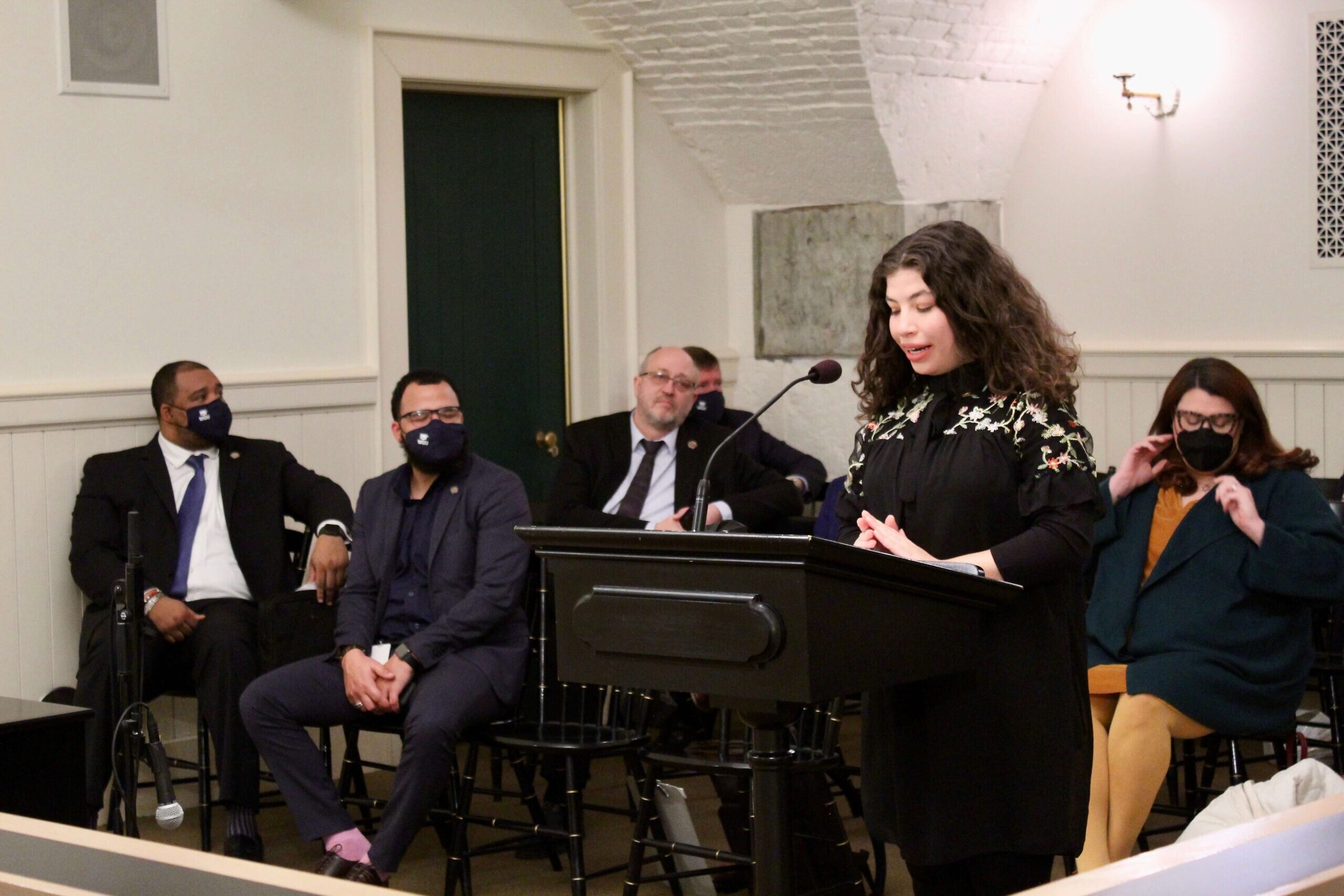 Ohio University junior Hadass Galili noted that an instructor threatened to drop her grade by an entire letter after she had to miss a class because of Passover, Feb. 15, 2022. Photo by Ben Nettles/Ohio House.

Livingston and two students who spoke each recounted instances when instructors threatened to reduce grades if they were not in class on Jewish holidays.

Livingston read a statement from OU graduate Zoe Felber, who during her freshman year had a professor tell her in front of 200 students that she would get zeros on quizzes if she missed them for Jewish holidays. Felber was able to finally get accommodations after a long process of back and forth with the professor, the school’s division of diversity and inclusion, and the university president.

Hoping to safeguard others from similar experiences, Felber contacted Livingston, who had already crafted a policy to protect students, and was able to have the university draft a letter to faculty and staff with the dates and importance of Jewish holidays. It recommended that educators avoid scheduling exams and important assignments on those days.

“I’m testifying in full support of the bill because it requires all public institutions of higher education to adopt similar policies to the one that Ohio University already has in place,” said Livingston. “Fully protecting students from any discrimination based on religion and providing accommodations by law is a fantastic first step in preventing systemic anti-Semitism and helping our students find success as a very small minority within the Ohio state public university system.”

‘My religion is of high value to me’

Hadass Galili, an OU junior, told the committee that she had multiple issues with professors and instructors not excusing absences or work to be turned in late due to holiday observances, including one threatening to drop her grade by an entire letter when she informed her that she had to miss class for Passover. She was able to save her grade by invoking the school’s policies.

Still, every year she hears from students who feel they can’t miss class because it might adversely affect their grades.

Galili also asked the members of the committee that the bill be amended from allowing students to take up to three days for religious holidays off per school year to three days per semester because of the number of observances that take place during the fall.

Despite OU already having a policy, student Grace Jarchow said that when she approached her professors at the beginning of the semester to inform them that she couldn’t attend classes during the High Holidays, she was told that it was an inadequate excuse and not offered accommodations for exams.

“I believe that the passing of this bill is crucial to my education and my religious freedom, as well as the generations that follow me. I also believe that I was denied accommodations on a simple line of ignorance,” said Jarchow, who was also there on behalf of the Chabad on Campus center. “If House Bill 353 is passed, and Ohio University had this policy posted for students and faculty to see, such as proposed in the bill, then my situation could have possibly been avoided. My religion is of high value to me, and so is my education. I fully believe in the pursuit of religious freedom, which is why I have come before you today.”