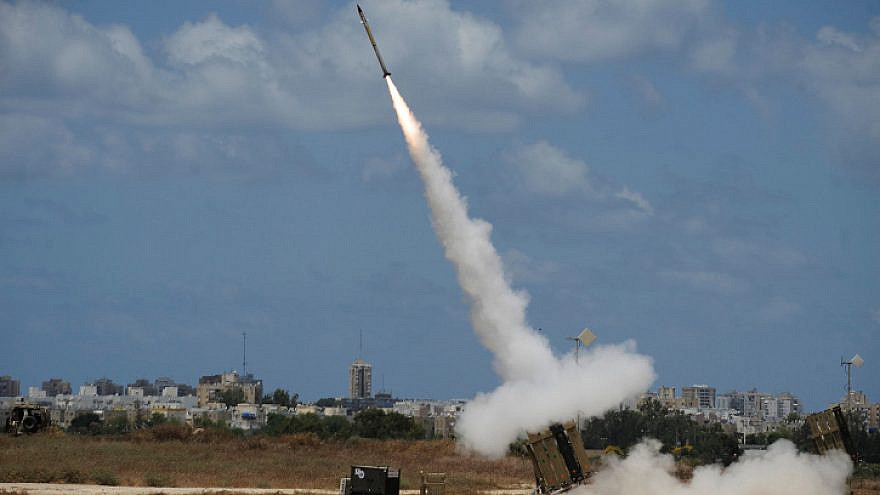 (February 24, 2021 / JNS) Ten years have passed since the Iron Dome air-defense system, produced by Rafael Advanced Defense Systems, made its first revolutionary interception of a Gazan rocket in Israeli skies in 2011. Since then the system has conducted more than 2,500 successful real-world interceptions, preventing large-scale carnage in Israeli cities.

It has achieved an interception rate of more than 90 percent and is considered an essential element of Israeli security, on standby against enemy arsenals threatening the Israeli home front from north to south.

While Iron Dome is indispensable today, it had to overcome some preconceived notions about the role of air defense in security before first making its appearance.

“A soccer team that goes to the field without a goalkeeper loses,” Brig. Gen. (ret.) Shachar Shohat, Rafael vice president and marketing and business development manager of the company’s Air and Missile Defense Division, told JNS.

Shohat, who previously served as commander of the Israel Air Force’s Air Defense Array, described Rafael as the national combat laboratory that has become a “symbol of innovation” in the world of Israeli security, winning 50-plus Israeli defense prizes for significant contribution to state security.

“Employees at Rafael, who go to work in jeans and sandals, are creating true added value to Israel’s national security,” he said. “They do it with a spark in their eyes from the founding of the state until this day.” 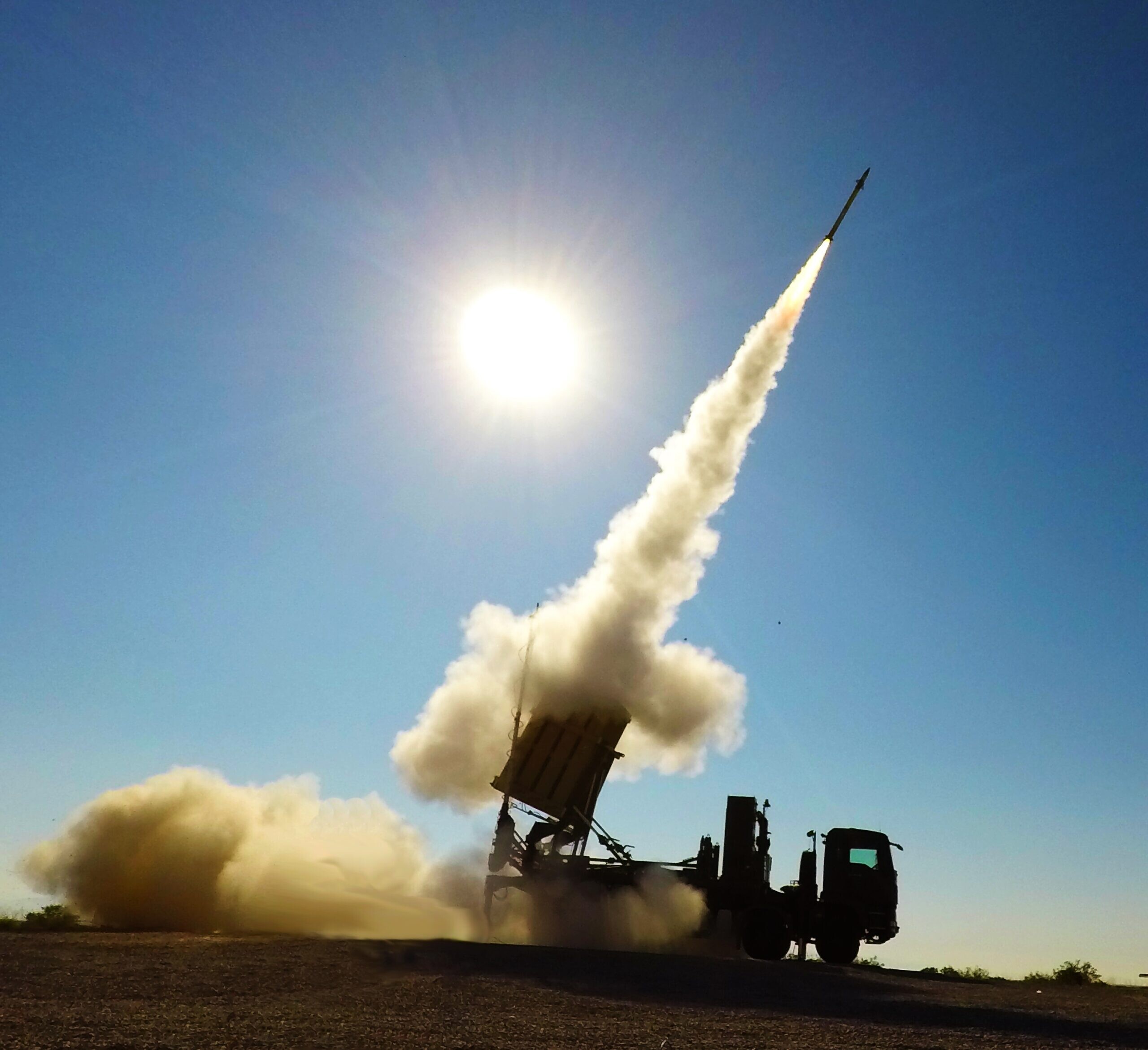 The Second Lebanon War of 2006 served as a “wake-up call” for the need to acquire air-defense systems against short-range and mid-range rockets, explained Shohat, following the launch by Hezbollah of some 4,000 projectiles at northern Israel throughout 30 days of combat.

Israel had no air-defense response to this threat, despite the fact that the IAF maintained total air supremacy over Lebanese skies and despite its ability to destroy Hezbollah’s stockpile of mid-range rockets that placed central Israel in range at the very outset of the conflict.

“The short-range rocket array of Hezbollah remained almost unaffected during the ensuing war,” recalled Shohat, saying Israel realized it had to find solutions against this type of threat—and quickly.

Still, leaders in Israel were also influenced by notions that made them resistant to defensive solutions. “Until that time, the search was on for an offensive solution only. The doctrine was attack and less about defense,” recounted Shohat.

Other objections included doubts over technological capabilities to shoot down short-range rockets, while others claimed that the costs would be prohibitive. 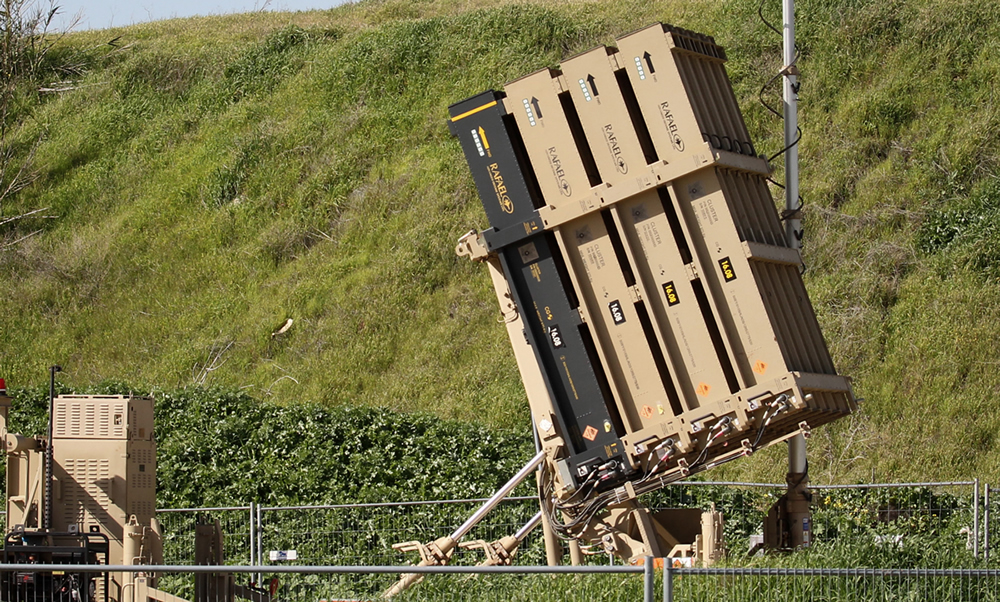 Yet the effects of the 2006 conflict and the damage it inflicted on northern Israel made it clear that this thinking had to change. The government realized that it could not tell the Israeli public to continue absorbing mass rocket attacks, as well as the destruction, deaths and injuries that they incur when the home front is left without defenses.

Major companies from around the world began arriving in Israel, offering a plethora of solutions to shoot down rockets, including cannons, lasers and missiles.

“Rafael, with its ability to achieve a breakthrough in short timeframe, managed to justifiably succeed in convincing decision-makers that Iron Dome is the right solution,” said Shohat.

Shohat, who served on a committee that examined air-defense solutions at that time, said a total of 14 options were presented. At that time, even a system that would have accomplished a 70 percent interception rate would have been considered a success, he said, “since 70 is much more than zero.”

‘This is something that protects our home’

From 2007, when the decision was made to go with Iron Dome, the first battery was operational within four years, breaking development records.

Rafael, the prime contractor, partnered up with other defense companies to develop the system, including Israel Aerospace Industries-Elta, which made the radar, and mPrest, which designed its command and control system.

“It was the start of a race to create the system—before the next conflict begins,” said Shohat.

“Its performance surprised the expectations of even those who had planned it.”

“We believe in our technological capability. We understand the operational need, and many Rafael personnel served in IDF combat roles,” said Shohat. “We are geographically close to the operational user. Rafael’s personnel were doing this for the Israeli people—and for their own families. This is something that protects our home. Rafael knew it would be tested very soon after development—that it would not sit in a warehouse for 30 years.”

The company’s senior management pushed engineers and programmers to make rapid progress, alongside the Israeli Defense Ministry. Shohat described a development process that saved time by conducting states simultaneously to one another, rather than one stage after the other.

“Usually, when industries complete the development of a system, they conduct a test and then pass it on to the client, who begins training. After a lengthy time, the client announces operational readiness. Here, because of the sense of urgency, we took a different approach,” he said.

IAF air-defense personnel were involved in the shaping of the system from day one, working with developers to study the system as it was still under development. “The man-machine interface, built by mPrest, was majorly influenced by soldiers, whose feedback was used to make it easy and comfortable for operation,” explained Shohat. “There was partnership in the development stage and in debugging during development, not only after delivery.”

The first battery was delivered to the IAF in the first half of 2011, just as southern Israeli cities towns and villages were being hit with a “drizzle” of rocket fire from the Gaza Strip fired by multiple Palestinian terror factions.

In April 2011, the system conducted its very first interception. “From there, the rest is history,” said Shohat. “The understanding sunk in that this system works and works in an excellent manner. Its performance surprised the expectations of even those who had planned it.”

‘A system that has received newer capabilities’

In the subsequent years, ongoing upgrades to Iron Dome have been continuous as Rafael looks at new needs while the system conducts real-life interceptions on a regular basis.

“The Iron Dome of today is not the Iron Dome of 2011. It is a system that has received newer capabilities—higher-altitude and lower-altitude interception ranges, and the ability to intercept more than rockets. Today, it is an air-defense system in every sense. It can assist a maneuvering military force; it can work at sea on a naval platform. Its image of being only used to protect large population centers has changed. It can protect key strategic sites, deal with drones and handle fast-flying low targets,” he rattled off, adding that the system is affordable in global defense terms. “Because of these qualities, it was chosen by the U.S. Military for a deep examination as a future air-defense system.”

Iron Dome is an inseparable part of Israel’s ability to attack, said Shohat, since it protects critical military bases which, if attacked by enemy rockets or missiles, could not be used by the IDF to attack enemy targets.

“A soccer team that goes to the field without a goalkeeper loses.”

Shohat also paid tribute to American generosity in the form of assistance funds for the production of batteries—assistance that has helped Israel deploy batteries that provide simultaneous defenses against Hezbollah in Lebanon, Iranian-backed forces in Syria, and Hamas and Palestinian Islamic Jihad in Gaza.

Adversaries have, over the years, attempted to probe and challenge Iron Dome, including by saturating it with heavy rocket fire. “I can say with certainty that in all of the operational scenarios it was placed in, including attempts to saturate it, it never failed,” attested Shohat. “Its robust design, which includes launchers with many interceptors, its computing power, and its radar and tracking abilities enable it to really deal with unprecedented quantities of projectiles with success.”

As worldwide interest in Iron Dome grows, the system has turned into a brand. “It is something that people understand has proven capabilities, and that it is best to have them on your side,” said Shohat.

Looking ahead, he said, artificial intelligence technology will mean that Iron Dome won’t only learn to improve through the work of engineers and programmers, “but also by itself. It will learn how to recognize new things on its own.”

Rafael is also planning on adding new detection abilities that go beyond radar, such as camera sensors, and is thinking of augmenting it with laser technology.

The challenge, said Shohat, is “always to remain a step ahead of the threats that are coming our way.”