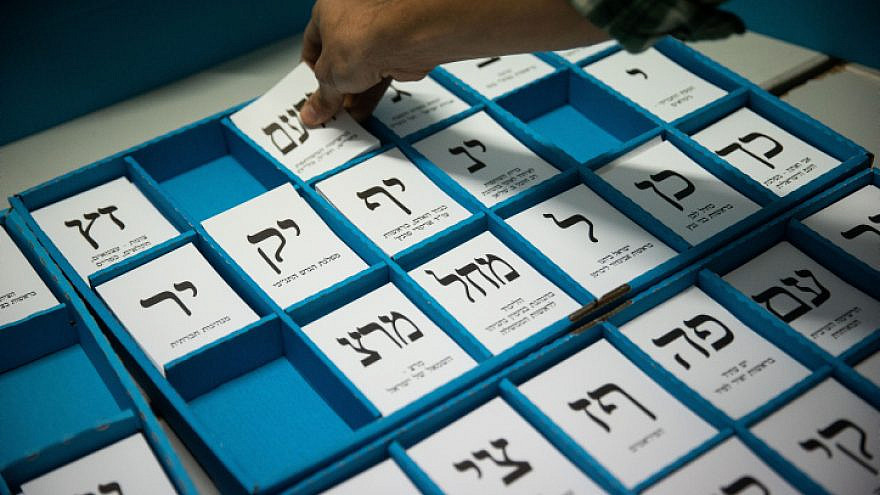 (September 14, 2022 / JNS) Registration for Israel’s national election opened on Wednesday, with the deadline to submit candidate lists to the Central Elections Committee set at 10 p.m. on Thursday.

Fifty-five parties have requested registration forms ahead of the Nov. 1 vote.

In the previous March 2021 election, 39 parties, including alliances of factions, ran, with 13 of them crossing the 3.25 percent threshold to enter the legislature, providing them with at least four members of the Knesset. Votes cast for parties that fail to reach the threshold are discarded.

In the latest political development, three predominantly Arab factions on Wednesday agreed to run together again under the banner of the Joint List.

Also on Wednesday, Interior Minister and Yamina Party leader Ayelet Shaked struck a deal to join forces with and head up the Jewish Home Party. It comes just days after she split with Communications Minister Yoaz Hendel, thus ending their short-lived agreement to run under the party name Zionist Spirit.

Likud polled as the largest party and along with its allies was sitting on 60 seats, whereas the anti-Netanyahu bloc led by current Prime Minister Yair Lapid was projected to garner 55 mandates in the 120-member Knesset.

The Joint List, whose factions have always shunned joining a governing coalition over ideological opposition to the state’s Jewish character, was projected to win five seats.

The upcoming vote will be Israel’s fifth since April 2019.