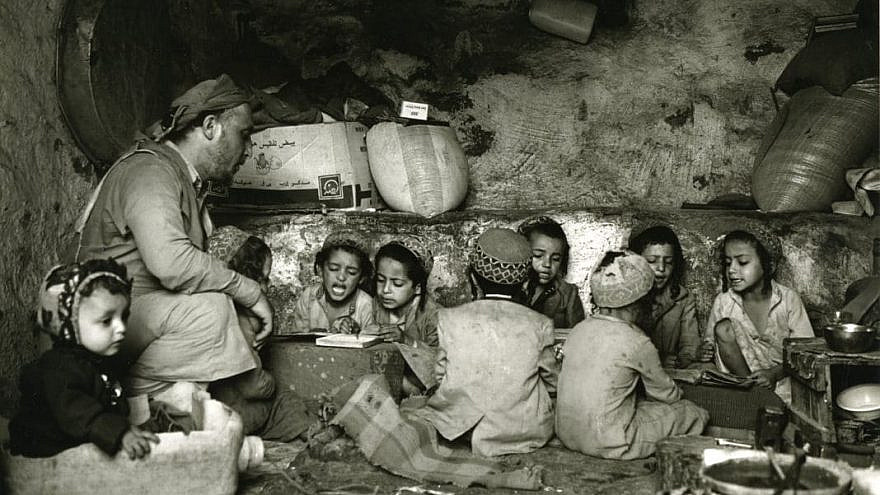 Renowned Jewish photographer Zion Ozeri’s award-winning shots have appeared in The New York Times, Newsweek, The Jerusalem Report, Moment and The Economist, to name a few publications. After reviewing his pieces, Ozeri decided to create a virtual interactive Haggadah that highlights the diversity of Jews, just in time for a second pandemic Passover.

Ozeri, along with Sara Wolkenfeld and Josh Feinberg, curated “Pictures Tell: A Passover Haggadah,” a Haggadah that is completely virtual (can be utilized at home or in a classroom) and celebrates the traditions and cultural experiences of the Jewish Diaspora. A major goal of “Pictures Tell” is using imagery to tell the story of the Jewish people, he said.

Ozeri said that each community he has visited—from Europe to Africa and Asia—has its own history and traditions, but that “we have more in common than what separates us, within the Jewish community and beyond.” This theme is integrated into every page of the Haggadah.

“One of the big things I’ve seen this past … two years, [is] this idea of diversity, this idea of ‘who are the Jewish people?’ Most Jews and non-Jews don’t realize that Jews are not just coming from Europe,” said Ozeri. “There are not that many Haggadot showing the diversity of the Jewish people. There is nothing better than just showing people rather than talking about it.” 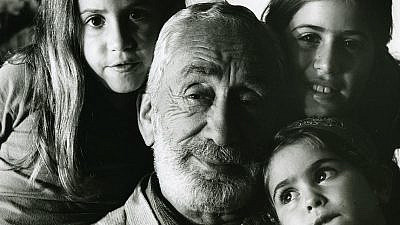 Along with the traditional prayers and text and the modern photographs, readers will find short entries by contemporary Jewish thinkers—including Rabbi David Wolpe, Rachel Wahba, Rabbi Ammiel Hirsch, Rabba Sara Hurwitz, Dr. Mijal Bitton, Yossi Klein Halevi and Karma Lowe, to name a few. These supplements add another perspective to the rich conversation of Jewish rituals, reflection and diversity. Ozeri also embedded links to multiple melodies of prayers not often popularized at seders to show how tunes vary at seders around the world.

For those looking for separate study sheets to incorporate in classrooms—or the Passover seder itself—study links on Sefaria offer deeper exploration.

Ozeri recently launched the “DiverCity Lens” curriculum and program for public schools, as part of a partnership with the New York City Department of Education. This initiative adds to his existing Jewish Lens project, which helps students around the world conceptualize Judaism and Jewish history through photography. 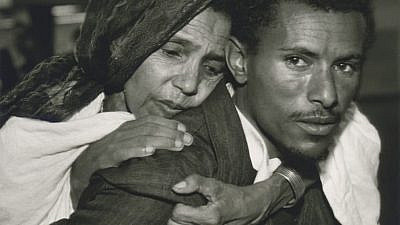 Ozeri is passionate about teaching students about visual storytelling because it’s an easy way for them to relate in history and retain information. He wanted to bring the same elements into his Haggadah so young Jews were engaged throughout the seder. “It’s more engaging when you see modern photographs,” he said. “We read [the text] every year, and it can get a little dry, but with photographs, especially with kids, the imagery triggers a conversation. It’s easier with an image.”

Ozeri found that photos were compelling when used in lecturing college students. A few months ago, Ozeri was asked to speak virtually in front of a group of students studying for their master’s at Columbia University. During Ozeri’s lecture, he displayed pictures of Jews from around the world to show how diverse the Jewish people are. The response from the students not only surprised Ozeri but also inspired him to create this Haggadah for all ages and all religions. 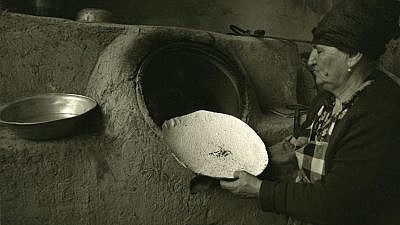 “The responses from the Zoom [lecture chat] were amazing. Most of the comments were, ‘Oh I didn’t realize there are Black Jews and Brown Jews, Jews in Asia and India.’ I expected Jews to know about this and even they don’t.”

During the pandemic, Ozeri realized how many around the globe used their time in quarantine to learn about their family history and those similar and different to them. He said that pictures and films taken from a phone or computer made it possible to stay connected and educated in a time of isolation.

He hopes his images help others learn about the diversity of Jews and deepen conversations about the Passover story. While Ozeri plans to use this Haggadah at his virtual seder this year, he would eventually like to have a printed version so he can have it for his own children. 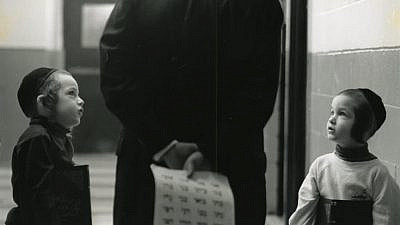 Whether virtual or in-person, through his curricula or individual photographs, Ozeri’s work, much like Judaism, aims to teach Jews about their history in an insightful way. These are the lessons and pictures children remember and pass down from generation to generation. It isn’t a coincidence that the cover of Ozeri’s Haggadah features a grandfather and grandson sitting together reading Torah.

“Photographs can also tell a story. It’s a language we are using more and more,” he said. “All we [want to] do [is] pass something to the next generation. … It’s about education and passing the torch. That is really one of the most important things in Judaism. This is our responsibility.”

“Pictures Tell: A Passover Haggadah” is available for free online.