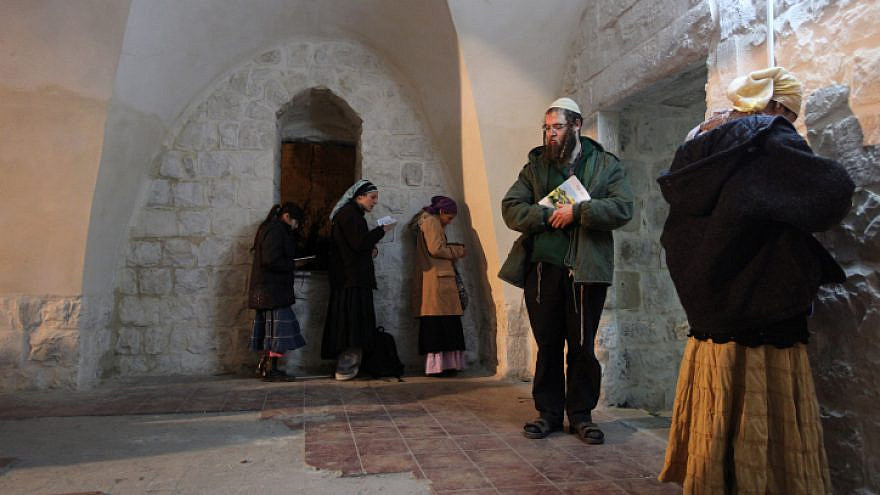 Jews pray in the compound in Nablus of Joseph's Tomb, believed to be the final resting place of the biblical patriarch, Dec. 28, 2010. Photo by Kobi Gideon/Flash90.
Spread the word.
Help JNS grow!
Share now:

He commissioned the writing of the Torah scroll 12 years ago, while he was in a U.S. federal prison, serving a 35-year sentence.

Pollard traveled to Samaria with his wife, Esther, and the Shomron Regional Council head Yossi Dagan.

“I feel a very personal connection to this place and to Joseph who is buried here, and everything he went through,” said Pollard, who claimed that he had planned to bring the scroll to the site when he was released and came to Israel.