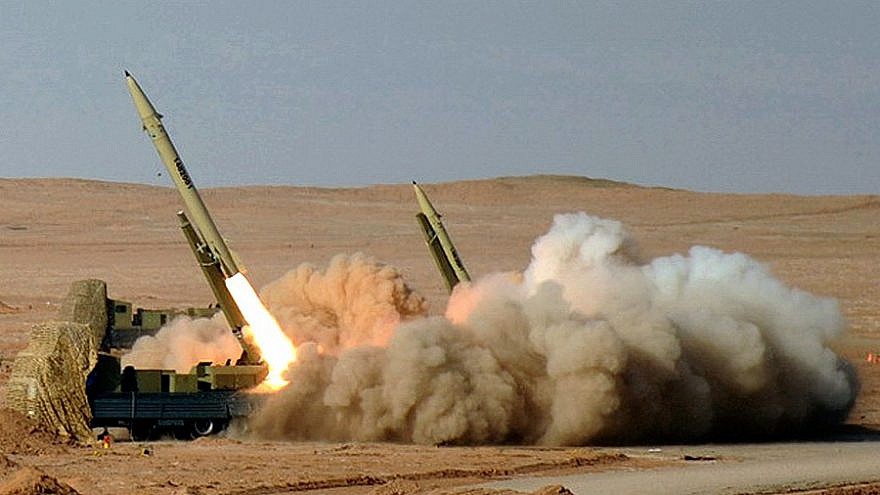 (December 17, 2021 / JNS) Iran is increasing the size, reach and accuracy of its ballistic-missile arsenal, the Washington Institute for Near East Policy think tank warned in a report.

The report, published by associate fellow Farzin Nadimi, and released this week, said “Tehran has doubled down on the strategic importance of missile systems that can threaten U.S. forces and allies, even as its defensive justifications for such an arsenal ring more hollow than ever.”

According to the report, Tehran has shown no sign of slowing down its missile development program, “which it deems essential to security goals such as threatening Israel’s existence, holding U.S. regional bases at risk, empowering foreign proxies and deterring internal or external attacks against regime centers of gravity (e.g., nuclear and military industries).”

Iranian President Ebrahim Raisi’s first budget request submitted to parliament on Dec. 12 has called for the equivalent of 210 million euros (almost $240 million) for ballistic-missile projects under the name of the late missile chief of Iran’s Islamic Revolutionary Guard Corps Hassan Tehrani Moghaddam, who was killed in a blast at a military facility near Tehran in 2011.

Other unspecified portions of the expanded defense budget will also be devoted to the missile sector, according to the report.

“All of these commitments build on the aerospace road map Iran ratified in 2013, which called for continuing missile development to deter threats and launch satellites,” it stated.

“It has also revealed the existence of multiple underground missile complexes or so-called ‘missile cities’ ” since 2015, according to the report, which said that “currently, almost every province is believed to have at least one deeply buried ballistic-missile storage and launch site with satellite imagery showing numerous construction and expansion projects across the country, mainly oriented towards the south and southwest.”

One new capability, which was demonstrated first in 2020, features an automated launch system that can position up to five fully fueled ballistic-missile systems on an underground railcar “for sequential ripple-fire launch through a single vertical shaft,” it said, adding that another system for Iran’s smaller solid-fuel missiles employs buried fixed-launch canisters.