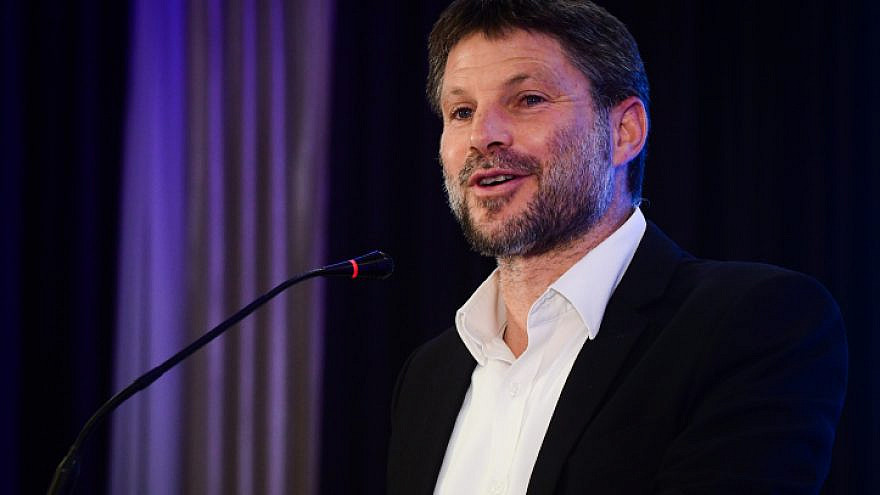 (January 17, 2023 / JNS) Israeli Finance Minister Bezalel Smotrich has defended the government’s proposed legal reform, saying that contrary to the claims of the plan’s opponents, they would strengthen the country’s democracy, not weaken it.

In remarks delivered before the 15th annual Im Tirtzu Conference, held at the Museum of the Jewish People in Tel Aviv on Jan. 12, Smotrich said, “The more I hear the counter-arguments, the branch of that small group that has become used to ruling here by force in an undemocratic way, the more my understanding grows of the critical importance of this reform.”

He characterized the arguments of those criticizing the reforms as “embarrassing.”

“All that is left for these critics are the cries of … those who got used to taking more and more power … and making decisions [at the expense] of the people, without anyone authorizing them to do so. So what is left for them is only intimidation, telling untruths and making false accusations,” said Smotrich.

“I also hear arguments that the citizens didn’t know what they voted for,” he continued, but it was “the well-informed decision of the public” that gave the government “not just the right, but the duty to realize our promises and to make the necessary changes to the justice system.”

Smotrich thanked Im Tirtzu, a Zionist NGO, along with other groups like it, for helping raise public awareness about important issues.

“This government was established on the wings, if you will, of Kohelet, Regavim, the Movement for Governability And Democracy and many others that I do not want to forget,” he said.

It was these groups, he said, that had inserted important issues like judicial reform into the “heart” of the political agenda.