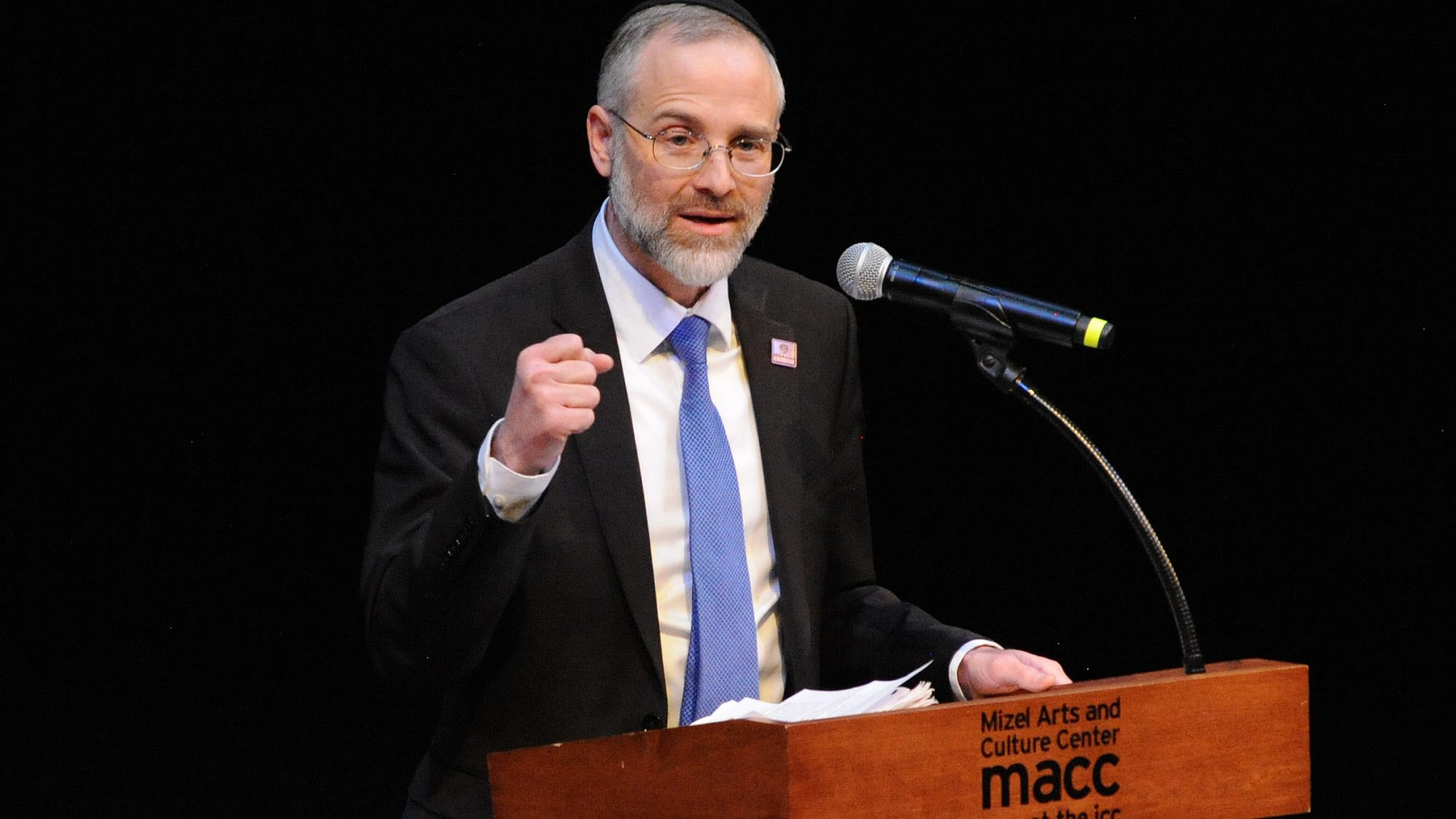 (December 12, 2022 / )In major cities across North America and amid stark and persistent political divisions, a new movement is catching on, bent on toning down the vitriol that saturates social media, divides communities, disrupts friendships and even upends family get-togethers. The goal: to turn even political disagreements into respectful, constructive interactions.

Launched four years ago by Rabbi Raphael Leban, managing director of the Denver-based Jewish Experience, the campaign known as “Clean Speech” has taken hold in Jewish communities across the nation and abroad.

This month, Denver, New York City, Chicago, Cleveland and Cincinnati, as well as the Canadian capital of Ottawa, are running the 30-day Clean Speech program, some for the second time. St. Louis and Minneapolis have held successful campaigns already, and next year Los Angeles, the United Kingdom and others will introduce Clean Speech into their communities.

Participants hail from all affiliations and levels of religious observance. Indeed, at the launch in Denver in 2019, 60 organizations in the Jewish community joined together in creating the first campaign. So far, over 50,000 people have participated and in survey results, 72% said it has changed how they speak, with 98% of those reporting that it continues to impact their lives after three months. Funded by foundations and individual donors, Clean Speech aims to reach 50 cities over the next five years.

“The goal is to teach people to choose words wisely,” said Rabbi Raphael Leban, founder of the movement. “When you become more sensitive to the way you’re communicating, it has a direct positive effect on all your relationships, and can be life-changing.”

Rabbi Leban launched Clean Speech to counter the bitter tone that has come to characterize online discourse and even face-to-face interaction, whether over political, religious or social differences. He describes frequent severing of family and friendship ties.

“It’s clear that the general civility and the way in which we discuss politics or anything of significance has taken a serious turn for the worse,” said Leban. “We need to arm ourselves with awareness and timeless Jewish guidelines for how to exchange ideas and interact with one another successfully.”

Indeed, Clean Speech takes its cue from millennia of Jewish wisdom and practical advice, like the ancient doctrine of “shmirat halashon” (guarding the tongue) and other topics which Leban groups under the heading of “Jewish mindful speech.”

A Clean Speech “campaign” brings a community of Jewish organizations and their constituents together for a 30-day program of short, daily lessons that tackle one Jewish mindful speech topic. In addition to print and digital versions, the daily lessons are made into videos with community members delivering the day’s lesson. Clean Speech campaigns also include live events, and classes and works directly with Sunday schools, Jewish day schools and youth groups, providing special animated video versions of the lessons for children.

In St. Louis, where the Jewish Federation, the American Jewish Committee, Jewish day schools and almost all of the synagogues (including Reform, Reconstructionist, Conservative and Orthodox) participated last spring, Aish St. Louis Executive Director Rabbi Yosef David said he doesn’t remember any other initiative that ever involved such a wide spectrum of the Jewish community.

In Chicago, Clean Speech has partnered with the Jewish Federation sending out more than 40,000 copies of the lessons in print to families throughout Illinois. Rabbi Zev Kahn, founder and director of the Jewish Education Team (JET), said it has been the most successful program he’s ever done: “Students loved it.”

On the east coast, in New York City, 21 organizations, including Hillel, Anti-Defamation League, OneTable and Young Israel of the Upper West Side, are participating in the launch. On Nov. 8, Nissim Black, an African American convert to Judaism and well-known rapper, gave a concert in honor of the movement.

“What we’re hoping for is to give people practical tools to be able to disagree,” said Eliot Mathias, chief operating officer of the Global Jewish education organization Aish and leader of the New York campaign. “We don’t have to agree with each other, but we can communicate in a way that we’re listening to each other.”

Indeed, the solution is not to shut down speech or tell people what they can believe, said the leaders.

“It’s not about restricting speech,” said Rabbi Kahn. “It’s about expanding our verbal skills, to allow people who have disagreements to be able to disagree in a respectful way.”

Participants say it has changed how they interact with others. Rabbi David, for one, said it has become a part of him: “I think this is one of the most powerful self-development tools that any human being can use.”

Tina Fisher, a New York attorney who is participating in the New York City campaign, said she’d like to see it go global. “It makes me focus on the good as opposed to all the negativity that’s out there, to take the focus off me a little bit and put it on what I can do for someone else,” said Fisher.

For Scott Levin, regional director of the ADL’s Mountain States Region, Clean Speech has made him a lot more aware of his own speech—and more receptive to the speech of others.

“I have found through the lessons that it’s really receptive to call people in, to try to assume good intent and to use the kind of language that doesn’t close doors, but opens doors,” said Levin.

That the movement comes out of Jewish tradition is significant, said Rabbi Joseph Telushkin, best-selling author and world-wide speaker. “Jewish tradition has a comprehensive body of writings on what is considered fair speech.”

The first lessons, for example, are focused on not speaking harmful language about someone else or lashon hara.

“It’s about speaking directly to people,” said Rabbi David. “If you have something bad to say, tell it to them; don’t spread rumors behind their backs.”

The second volume of the Clean Speech curriculum focuses on onas devarim, meaning the impact of one’s words on the person hearing them, with the goal of avoiding embarrassing or insulting that person. The third topic is shalom (peace), overcoming conflict and being able to engage in disagreement without harming a relationship. The fourth volume is ahavas chesed, words of love, the ability to give to others through speech.

As important as it is to make speech and human interactions more constructive, Rabbi Leban also has another goal.

“To build a great deal of Jewish pride,” he said. “It makes us so proud that these [traditions] are rooted in Judaism. It’s one of the greatest contributions we can make to humanity, towards a more peaceful world, one word at a time.”