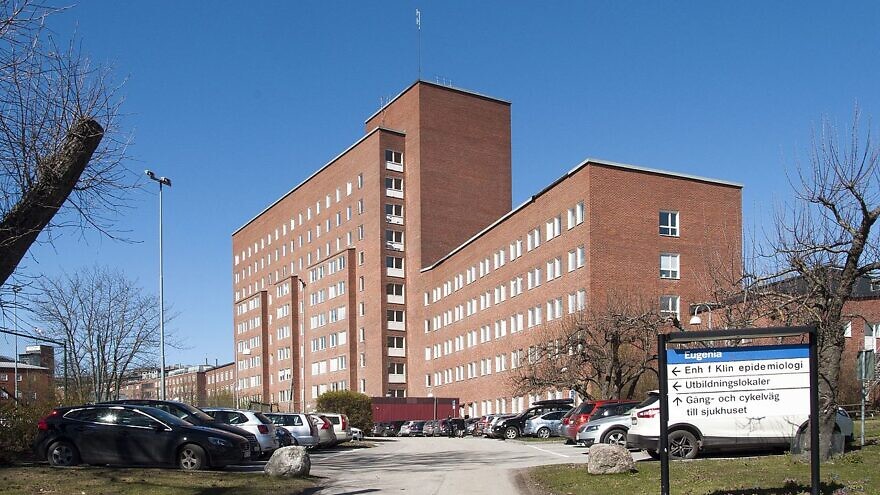 (September 1, 2022 / JNS) The Swedish Labor Court confirmed in a ruling on Wednesday that Karolinska University Hospital had no legal cause to fire Jewish neurosurgeon “Dr. Svensson,” a pseudonym used to protect the doctor’s identity.

“The Karolinska’s admission that it wrongfully fired a Jewish doctor who complained about the anti-Semitism he was repeatedly subjected to is stunning,” said Gerard Filitti, senior counsel for the Lawfare Project, which retained local counsel for Dr. Svensson’s lawsuit.

Filitti added that “it is highly unusual for a defendant to admit that it had no valid legal reason to fire an employee. This is the essence of wrongful discharge, and the Karolinska’s admission draws a straight line between the discrimination targeting Dr. Svensson and the unlawful retaliation he experienced when he reported it.”

Dr. Svensson’s firing took place after he repeatedly complained about anti-Semitism at the medical facility. His salary was lowered, and he was reassigned to positions “that limited his ability to practice as a neurosurgeon,” the Lawfare Project said.

In October 2021, the Lawfare Project sent the hospital a six-page letter denouncing “pervasive anti-Semitism that appears to have become normalized and systematized at the Karolinska University Hospital and Karolinska Institute.” Dr. Svensson was fired shortly after.

He filed a lawsuit against the hospital in a district court with help from the Lawfare Project. The Swedish Medical Association filed a separate lawsuit in June 2022 in the Swedish Labor Court on behalf of Dr. Svensson that addressed his unlawful firing.

“The Swedish Medical Association’s case stems from the same circumstances, facts and occurrences that led Dr. Svensson to file his initial lawsuit against the Karolinska,” said Filitti. “We are confident that when the District Court hears this case, it will reach the same conclusion as the Labor Court, namely that the Karolinska acted improperly. Ignoring anti-Semitism and taking punitive measures against a Jewish doctor subjected to it is simply unacceptable, and we expect a favorable ruling from the court.”