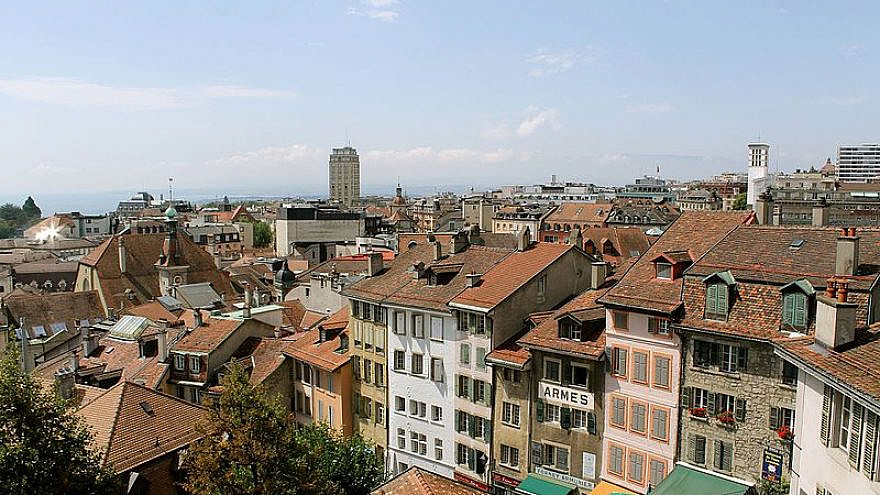 (February 10, 2021 / JNS) Two synagogues in Switzerland became the targets with pork products in what officials are deeming anti-Semitic attacks.

A pack of bacon and a toy pig were both left in front of a synagogue in Lausanne, Switzerland, on Jan. 30.

Johanne Gurfinkie, general secretary of the local inter-municipal coordination office against anti-Semitism and defamation (CICAD), said a woman was responsible for the anti-Semitic action, which took place when the synagogue was closed.

Four days later, another woman attempted to smear pieces of pork onto the doors of the Liberal Jewish Community of Geneva before throwing them at the building.

The CICAD has filed criminal charges.

“Acts of this kind are an insult to every Jew and have a highly symbolic dimension if they are committed in a synagogue,” said CICAD. “The aim of using pork for such attacks is to mock and humiliate Jews since they consider the pig to be an unclean animal.”

“This incident is far from trivial because it is reminiscent of the Judensau (in German: ‘Sow of the Jews’) term used to designate metaphorical animal motifs that appeared in the Middle Ages in anti-Jewish Christian art and in anti-Semitic cartoons almost exclusively in Germanic-speaking countries,” said the group in a statement. “The use of the pig theme is intended to humiliate, as the pig is considered an unclean animal and prohibited for consumption according to the laws of kashrut.”