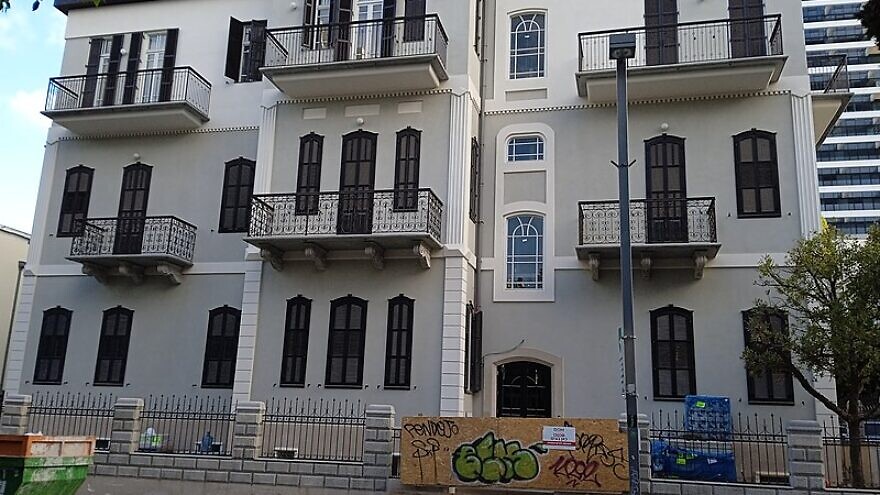 (December 26, 2022 / JNS) Tel Aviv’s first hotel, the Elkonin in the historic Neve Tzedek neighborhood, will reopen this week after it closed in the 1940s.

The newly rebuilt Elkonin Tel Aviv Hotel, opened in 1913 by Malka and Mehachem Elkonin, welcomed the likes of David Ben-Gurion and Albert Einstein. It will contain a Joël Robuchon International restaurant and lavish spa services.

The Lilienblum Street building was used for office space until the 1980s and had since been abandoned.

The hotel was rebuilt by an Israeli architectural firm, offering 44 rooms including two suites and a rooftop pool with a panoramic view of Tel Aviv.

The repair and rebuilding of the hotel were inspired by photographs taken when it was first erected.

Dominic Romano, a French businessman and a partner of the MGallery chain, now owns it. The organization runs 107 hotels in 31 countries.

Romano told Ynet that reopening the hotel was a dream he had after falling in love with Israel and Tel Aviv. “I’m excited to breathe new life into this historic building by bringing modern never-seen-before hospitality,” he said.