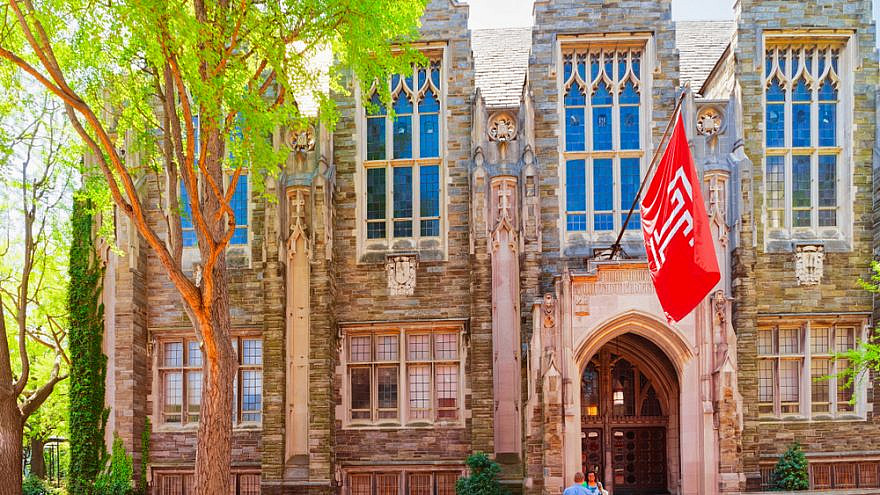 (April 16, 2021 / JNS) The Feinstein Center for American Jewish History at Temple University in Philadelphia is co-sponsoring a virtual event on April 20 that promotes false narratives about Israel.

The Jewish center founded by the late Murray Friedman—a historian and longtime leader of the American Jewish Committee in Philadelphia—will host a public program called “The Weaponization of Discourse: Israel/Palestine, Antisemitism and Free Speech on Campus.” The event will feature professor Kenneth Stern of Bard College and Joyce Ajlouny, general secretary of the American Friends Service Committee (AFSC).

According to its description, the event will focus on “what role can a state-sponsored definition of anti-Semitism play” in protecting Jews and “how can definitions, such as that of the International Holocaust Remembrance Alliance (IHRA), become weaponized to shutter criticism of Israeli military occupation and increased state violence against Palestinians?”

Participants will also explore the “potentials and limitations of a state-sponsored definition of anti-Semitism,” and whether certain such definitions “hinder free speech in the United States and elsewhere.”

The event is part of an ongoing debate over the IHRA definition of anti-Semitism. Some left-wing groups and academics, such as Stern, are opposed to the definition over concerns that it could limit free speech and criticism of Israel.

Moshe Phillips, national director of the U.S. division of the Zionist educational movement Herut, wrote in an op-ed on Wednesday that the AFSC has promoted articles that compare Israel to Nazi Germany, while Ajlouny has publicly accused Israel of “ethnic cleansing.”

“I expect Arab propagandists to spread such lies. I don’t expect the falsehoods to come from an academic center founded by a pro-Israel scholar and is funded in part by donations from pro-Israel members of the Philadelphia-area Jewish community,” he said. “Donors and supporters of the Feinstein Center need to ask themselves if this is the kind of programming they want their money used for—and then act accordingly.”