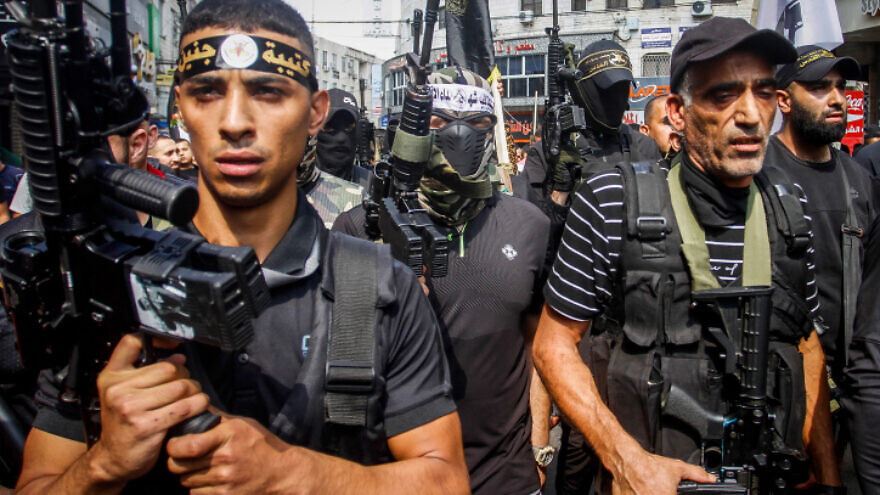 (November 29, 2022 / JNS) The figures released by the Israel Defense Forces on Monday left little room for doubt—2022 was one of the most challenging periods for the Israeli military in Judea and Samaria, commonly known as the West Bank, in 15 years.

Since the IDF launched “Operation Break the Wave” on March 31 this year in response to a burst of deadly terror attacks in Israeli cities that emanated from the northern parts of Samaria, a combined effort by the military, the Israel Security Agency (Shin Bet), the Border Police and its Yamam Counter-Terrorism Unit, and the Israel Police resulted in a powerful, intensive response, in the form of nightly raids targeting terrorist plots, guided by precise intelligence.

The Israeli operations focus on (though are certainly not limited to) the geographical hub of the current terrorism spike, Samaria, and specifically the sectors of Jenin and Nablus, which spawned local terror outfits such as Lions’ Den. Meanwhile, established terror factions such as Hamas and Palestinian Islamic Jihad offer large sums of cash to any Palestinian in the area willing to attack Israelis.

The Palestinian Authority, meanwhile, has experienced a breakdown in its ability to govern these areas, as the Fatah party that dominates the P.A. began fracturing into competing camps, each eyeing its chances to take power on the day after P.A. head Mahmoud Abbas departs the scene.

The new figures show that 281 terrorist incidents were recorded in January-October 2022, compared with 91 recorded in all of 2021.

Shooting attacks on Israeli military forces in Judea and Samaria have also risen sharply, with 110 recorded since January 2022, up from 25 in 2021.

Thirty-one Israelis—both civilians and security personnel—have been killed in Palestinian attacks this year.

More than 130 Palestinians, most of them assailants, were killed in clashes and security incidents this year.

Since the start of 2022, and particularly since the launch of “Operation Break the Wave,” the IDF has arrested more than 3,000 security suspects, most of them in Samaria, seized around 250 illegal weapons—some smuggled in from places like Jordan, some manufactured in local workshops—and confiscated terrorist funds worth over 2.7 million shekels (around $785,000).

The fact that an M-16 rifle today costs between 80,000 and 90,000 shekels on the black market in Judea and Samaria—up 10,000 shekels from 2021—shows that such weapons are harder to obtain. A locally produced Carlo submachine gun, in contrast, sells for between 2,000 and 5,000 shekels. Still, machine guns, submachine guns and handguns are in wide circulation.

The IDF, Shin Bet and Israel Police prevented more than 500 terrorist attacks in the past year, according to Military Intelligence assessments.

Eleven additional battalions were sent to reinforce the security barrier on the seam line and sectors within Judea and Samaria, bringing the total active in the area to 26.

A new task force was established to manage the seam-line security barrier. The Defense Ministry strengthened 16 kilometers of the barrier and began building a 45-kilometer-long new section.

The number of Palestinians illegally infiltrating Green Line Israel from Judea and Samaria went from tens of thousands per week in 2021 to a few hundred per week currently, according to the new figures.

Both Hamas and PIJ seek to set the West Bank ablaze and view Jenin as the ideal ignition point for that effort.

All the while, the Israeli defense establishment has worked to also maintain carrots on offer to the civilian population, in the form of work permits for 150,000 Palestinians who contribute 30% of the Palestinian Authority’s GDP. By contrast, the roughly 150,000 Palestinians working within the P.A. produce 8% of the area’s GDP.

A further 18% of the GDP comes from large numbers of Israeli Arabs moving through the Jalame and Salem crossings to Samaria for business and shopping—movement that has been encouraged by the IDF Civil Administration. 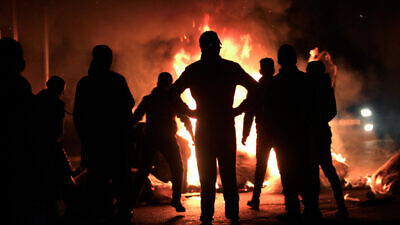 ‘A synergy of explosive factors can produce a new intifada’

According to Col. (res.) David Hacham, a senior research associate at the MirYam Institute and a former adviser on Arab affairs to seven Israeli defense ministers, the dramatic rise in terrorist incidents is linked to a number of factors.

He detailed the first two as follows: “A rise in violent clashes between the IDF, as well as Israelis in Judea and Samaria, and Palestinians, often leading to casualties. A rise in tensions surrounding the Temple Mount and ongoing Palestinian incitement encouraging violent passions around this issue based on claims that Israel is changing the status quo. This can form a big potential for escalation because it plays on very sensitive strings.”

Terror factions led by Hamas have been promoting murderous incitement on social media using the Temple Mount issue as a key theme to call for attacks on Israelis.

A third factor, said Hacham, is the ongoing and escalating succession battle within Fatah over who will succeed Abbas. “The combination of these elements leads to an atmosphere filled with gasoline fumes, and can lead to an explosion and a new intifada, he warned.

“Other factors include the sense among Palestinians of a lack of any progress in the diplomatic process with Israel and the sense that the PA is unable to make Israel budge here. The Palestinians fear the formation of a new right-wing Israeli coalition that will promote the building of settlements, legalize outposts, build new bypass roads, and create an obstacle to the establishment of a future Palestinian state,” said Hacham.

“They fear the next government will not take the Palestinians into account at all. On the Palestinian side, Abbas, 87, is tired and sick. He is trying to prepare the ground for his chosen successor, Hussein al-Sheikh, whom he appointed as PLO Executive Committee secretary-general in May 2022,” he continued.

Israel has to keep its finger “closely on the pulse of every event in Judea and Samaria, which is at the gates, inside our home. It has to be able to detect and move to prevent negative events such as a Hamas takeover,” Hacham stressed.

Al-Sheikh, unpopular on the Palestinian street, would only acquire legitimacy if he won elections like Abbas did in 2005 to become PA president. “Here, there is an Israeli, Jordanian and Egyptian interest to prevent a civil war between Palestinians and to avoid a scenario in which the militias of the candidates fight each other, which could be dangerous for us,” Hacham added.