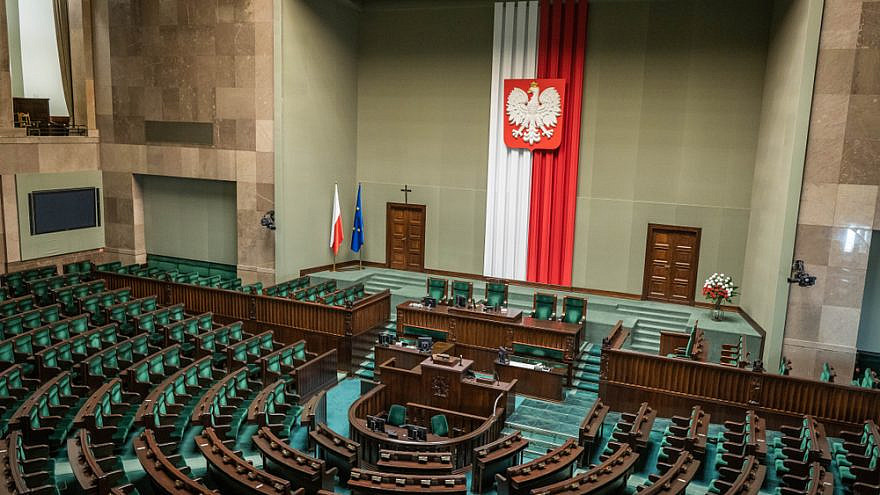 (August 23, 2021 / Israel Hayom) The question on everyone’s mind in Poland in recent days was what prompted Israel’s Foreign Minister Yair Lapid to react in such a critical manner to their government’s decision to put a statute of limitations on property claims that date back more than 30 years?

Poles of all walks of life—politicians, academics, jurists, journalists, supporters of President Andrzej Duda and his opponents, and even members of the local Jewish community—wondered why Lapid had gone on a tear with regard to Poland, accusing it of anti-Semitism and of being anti-democratic.

In most Israeli media outlets, the Polish ruling was portrayed as a deeply anti-Semitic move, one that attempted to erase the memory of the Holocaust and deny survivors and their descendants the opportunity to reclaim property confiscated during the war.

Poland reacted with outrage, with some justification; the situation is much more complex than it was made out to be by the Israeli media and Lapid.

“Amendments to the law have nothing to do with the distinction between Jews and non-Jews,” said Jakub Kumoch, head of the International Policy Bureau of the Chancellery of the President of the Republic of Poland. “They don’t discriminate against anyone or prevent Holocaust victims from bringing about justice. 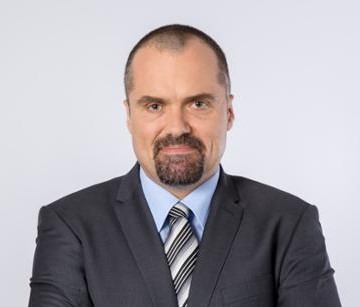 Jakub Kumoch, head of the International Policy Bureau of the Chancellery of the President of the Republic of Poland. Credit: Wikimedia Commons.

“Whoever distorts these laws and misrepresents them is acting out of prejudice and ignorance, and in my opinion, is no better than the anti-Semites who always use the Jews as scapegoats. Connecting the law to the tragedy of the Holocaust is an idea that was born in Lapid’s mind, even though the two are completely unrelated,” he said.

Kumoch went on to explain that after the collapse of the Soviet Union, when Poland renounced communism, it began a process of reinstating stolen property to its rightful owners. All they had to do was arrive at an administrative court, prove that their home or land was confiscated by the communists, and they would get it back. Most of the applicants, he said, were not even Jewish. 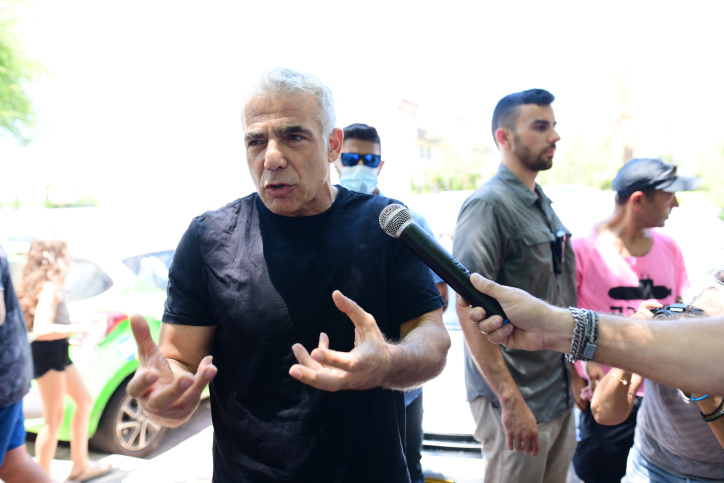 Israeli Foreign Minister Yair Lapid talks with protesters during a demonstration for the opening of a committee of inquiry for the so-called submarine affair, outside his home in Tel Aviv on July 2, 2021. Photo by Tomer Neuberg/Flash90.

However, he added, “The privatization process was chaotic and disorderly and often led to corruption.”

Applicants who had connections in the administrative court got their property back immediately; others were turned away again and again. Jewish survivors and their descendants, in particular, had a hard time, said Kumoch. “In most cases, they no longer lived in Poland and had to turn to unreliable real estate agencies.”

These companies, in turn, purchased the rights to these properties from the helpless owners for a fraction of their actual value.

Anyone who did manage to get their property back ran into another problem because although the property was now registered in their name, they had no way to remove the current tenants, who had in many cases been installed in the property legally by the communist government.

According to Kumoch, this created an entirely new branch of crime. The same real estate companies—Polish or foreign—that had acquired the property rights from the real heirs paid gangs to threaten the tenants and force them to leave. The problem was so widespread that such criminals got a special nickname—”apartment cleaners.”

“I would like to point out that no one is blaming the Jews, Heaven forbid, or anyone else for looking to get their property back,” said Kumoch.

“This is the natural part of the transition from communism to a free market, but it created a clash between two sides that are both in the right. Whoever is looking to reclaim their stolen property is right, as are those who were placed in a house by the communist regime, and have lived there for decades, because they had the right to,” he said.

“Sometimes, by the way, the people who were placed to live in confiscated houses were Jews who survived the Holocaust,” he added.

The shortcomings of the reprivatization process have led to countless appeals against the administrative court’s decisions, and tenants were never sure whether rulings were final, he said.

And since millions resettled after the war, Kumoch estimates that hundreds of thousands of Polish citizens, especially in big cities, live in fear and uncertainty that tomorrow someone might show up at their door with a paper declaring that the communist regime’s decision to grant them their apartment is annulled.

One of the consequences of this, naturally, is that urban development halted, explained Kumoch. What entrepreneur would invest in an area where the ownership of property is uncertain?

All of these issues led to the creation of a movement in Poland demanding the end of the restoration process.

“This movement has nothing to do with the conservative right-wing party that is currently in power,” noted Kumoch. “Most of its activists come from the urban movement circles, and its leader, Jan Spiewak, is a Jew. He is the grandson of Bialystok ghetto fighter and well-known Holocaust historian Szymon Datner.”

It was Spiewak, said Kumoch, that uncovered the so-called “reprivatization mafia” in Warsaw, and he was also the first to support President Duda’s decision to approve the law.

“After 40,000 to 50,000 people lost their apartments [not to Holocaust survivors or their descendants, but to real estate agencies and the mafia], the matter was brought before the Polish Constitutional Tribunal, and in 2015 it passed a law that would acquire the parliament to set a statute of limitations,” said Kumoch.

“The assumption was that in the decades that passed since the end of communism in Poland, there had already been enough time for property restitution claims, and it was now possible to provide certainty and security to families that had moved into [these properties] after the war. And that is exactly what happened—the parliament implemented the ruling of the Constitutional Tribunal.”

Kumoch’s claim is supported by the results of the vote in the Polish parliament. It might come as a surprise to critics in Israel, who blame Duda’s leading party for the “anti-Semitic ruling,” but no one in the parliament opposed the law.

Even the opposition, which takes every opportunity to accuse the leading party of steering the country away from democracy, did not question the reinstitution bill.

“Being unfairly accused of anti-Semitism is especially hurtful for me as well, as a grandson of a Polish man who fought the Nazis, and was arrested and tortured by the Gestapo,” said Kumoch.

“Lapid makes it seem as if there are tens of thousands of descendants of Holocaust survivors who have documents attesting that their property was stolen and that Poland is denying them their rights. These are false claims. But more importantly, the law does not limit the original owners, or their descendants, from reclaiming their property, no matter their nationality. Such an individual can file a claim at an ordinary civil court and receive compensation from the state. We are not running away from responsibility for deeds committed by Poles during the Holocaust,” he said. 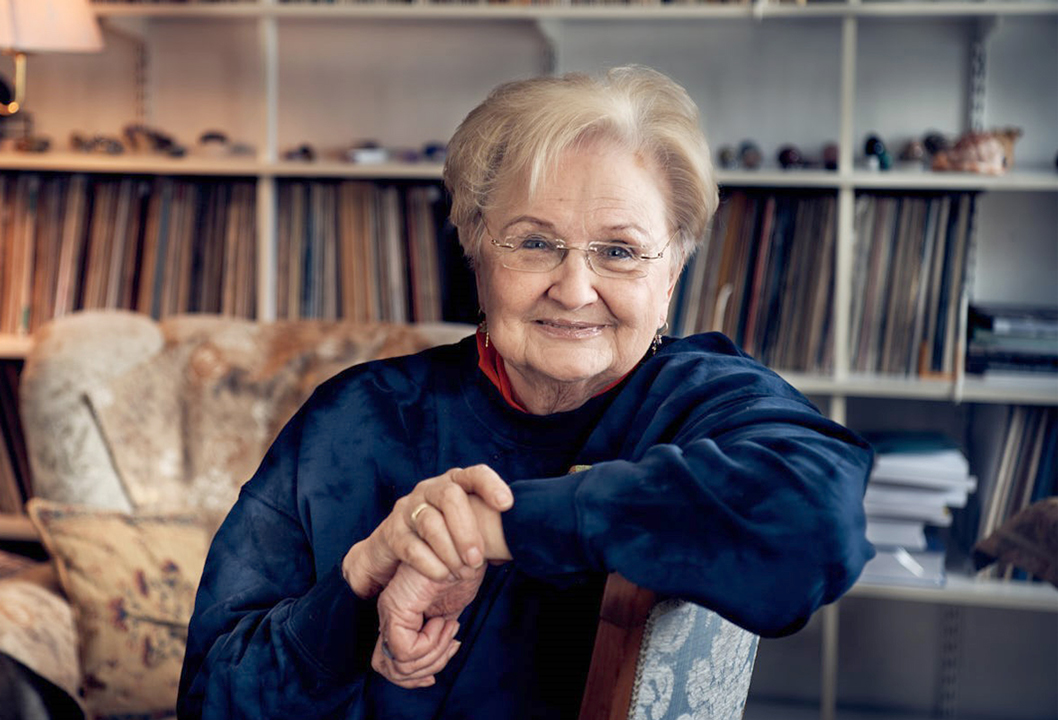 ‘The law is not intended against Jews’

Professor Ewa Letowska is a well-known Polish lawyer affiliated with the left-wing camp. Between 1999 and 2002, she served as a judge at the Supreme Administrative Court of Poland and between 2002 and 2011 as a judge of the Polish Constitutional Tribunal. In 1988, she became the first person to be appointed the Ombudsman for Citizen Rights in Poland.

She completely disagrees with the notion that the Polish law has an anti-Semitic element, but does say that the government could have adopted a more sensitive approach.

“The law is not intended against Jews, and contrary to the current propaganda, neither does it harm Holocaust survivors,” she said.

“The decision to impose a 30-year statute of limitations was the right one, but the execution was lacking in terms of legislation and sensitivity. Unfortunately, Poland did not bother to explain this [the need for the law] clearly and respectfully, and now the unclear wording of the law is being used for political games,” she said.

Letowska believes that Poland should have formulated a thorough restitution mechanism that included Holocaust survivors a long time ago.

“In the 1960s, under the auspices of Western governments, including the United States, reparations were paid to citizens of these countries for property left behind in Poland, and the mistake of the Polish authorities was that they never offered a strategic plan for the restitution process. It is difficult to separate the law from the general context of the restoration of Jewish property and Poland’s attitude towards its past,” she said.

“Poland cannot and should not be held responsible for the crimes of Nazi Germany,” she continued.

“The consequences of World War II, including the question of Jewish property, were a large part of my work as ombudsman for citizen rights. Even then, I argued and wrote that [Poland] should have started with an accurate assessment of all property. As time went on, the possibility of returning the property to the previous owners themselves became an illusion, and the fact that it applies equally to Poles and Jews is certainly not comforting,” she said. 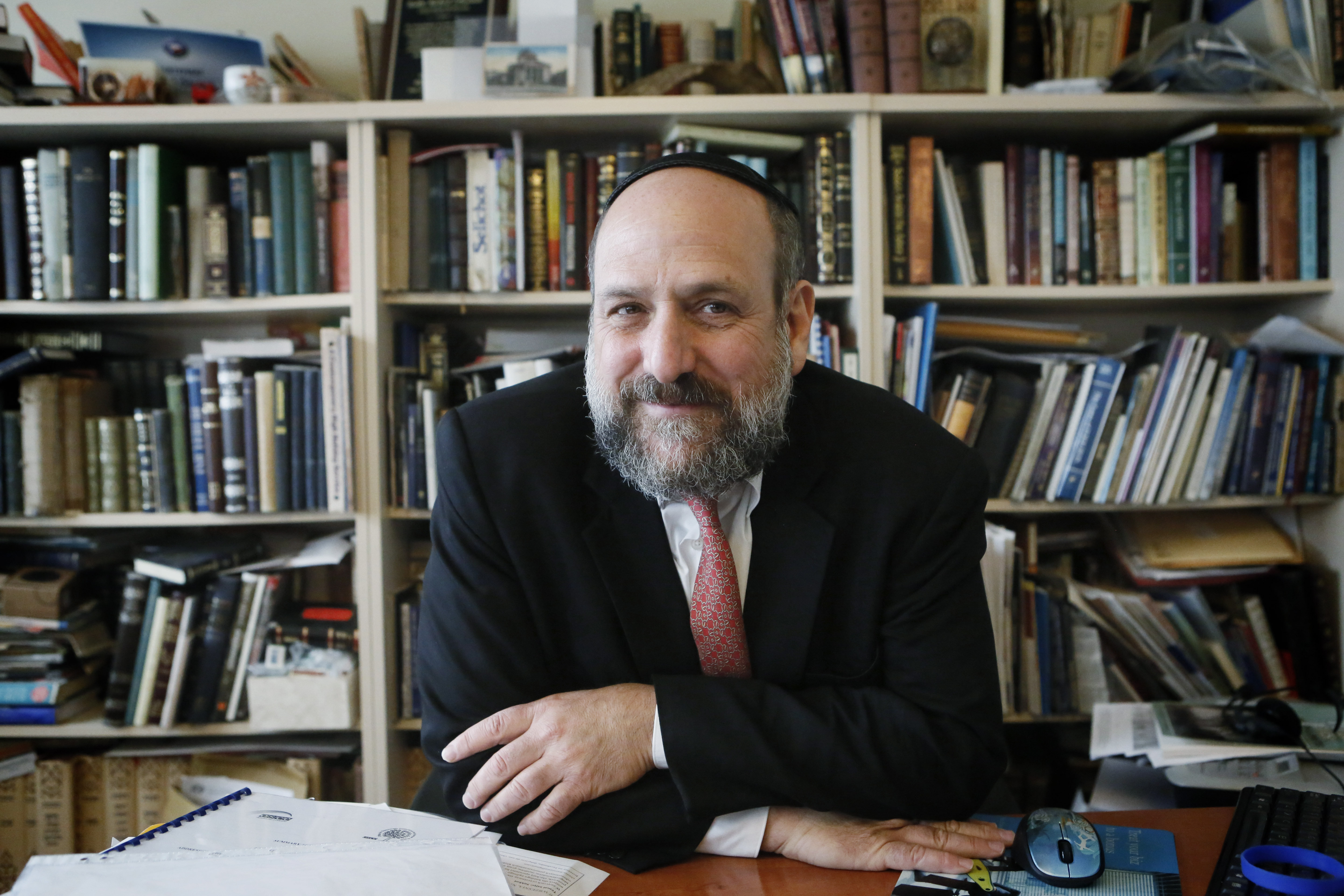 Chief Rabbi of Poland Michael Schudrich in his office in Warsaw on Sept. 25, 2013. Photo by Miriam Alster/Flash90.

Chief Rabbi of Poland Michael Schudrich does not view the Polish ruling as anti-Semitic either, though he is aware of the negative consequences of stopping the return of property to rightful owners—Jewish or otherwise.

“When I addressed the senate, the upper house of the Polish parliament, I spoke of the importance of the commandment ‘Thou shalt not steal,’ ” he said. “For what the Nazi occupiers, and later, the Communists, did was theft, and it is a wrong that should be rectified.”

As for Lapid’s reaction, he said, “suppose there are two friends, and there is a dispute between them over a particular matter, does that mean they should no longer be friends? All the more so when it comes to countries.”

“Israel and Poland have built a close friendship over the past 30 years. Poland supports Israel, opposes Iran and the BDS movement. Should the two countries end this friendship because they disagree on the matter of restitution?”