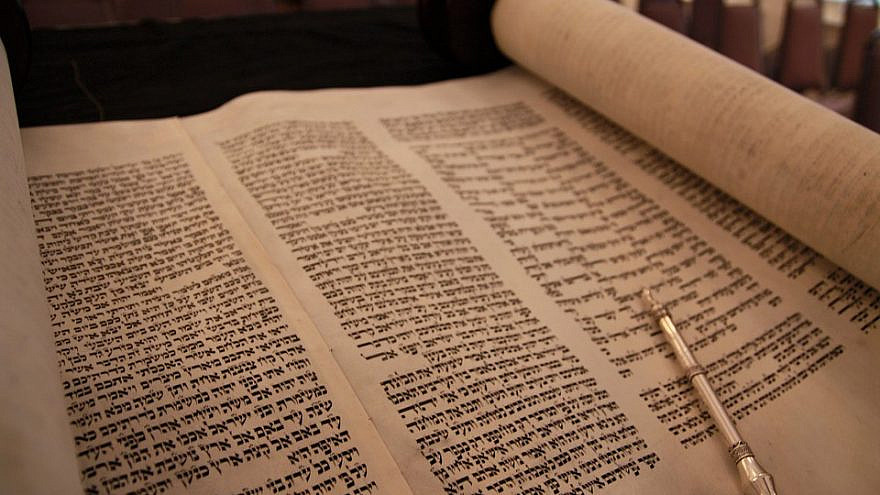 (January 14, 2022 / JNS) Four Torah-scroll fragments rescued from a synagogue that was on fire during Kristallnacht 83 years ago have finally been returned to the Jewish house of prayer in eastern Germany, reported The Jewish Chronicle.

When a fire broke out in the synagogue in Gorlitz during Kristallnacht on Nov. 9, 1938, an unknown person shoved the Torah-scroll parchments into the hands of a young German policeman, the father of now-retired pastor Uwe Mader.

The policeman gave the parchments, which are believed to be around 300 years old, to a lawyer to keep them away from Nazis. The parchments were passed down to Mader “under the seal of secrecy” in 1969 when Görlitz was part of the communist German Democratic Republic (GDR).

Mader kept the parchments hidden in his office under wallpaper and later locked them in a steel cupboard.

“I was very suspicious,” said Mader, who is now 80. “Politics in GDR times had not been very friendly to Jews. Therefore, it was clear that I had to maintain official secrecy.”

The synagogue in Gorlitz was the only Jewish temple in Saxony not destroyed during Kristallnacht because its fire was quickly put out, wrote the Chronicle. The synagogue, which was built between 1909 and 1911, was neglected and began to deteriorate during the GDR rule, but was eventually restored and reopened in July 2021 as a cultural center.

Mador said the synagogue’s reopening was why he decided it was the appropriate time to hand over the Torah scroll fragments. He said: “Now they are in good hands, no one will be careless with them.”

The Torah fragments will be available for public viewing after being refurbished.