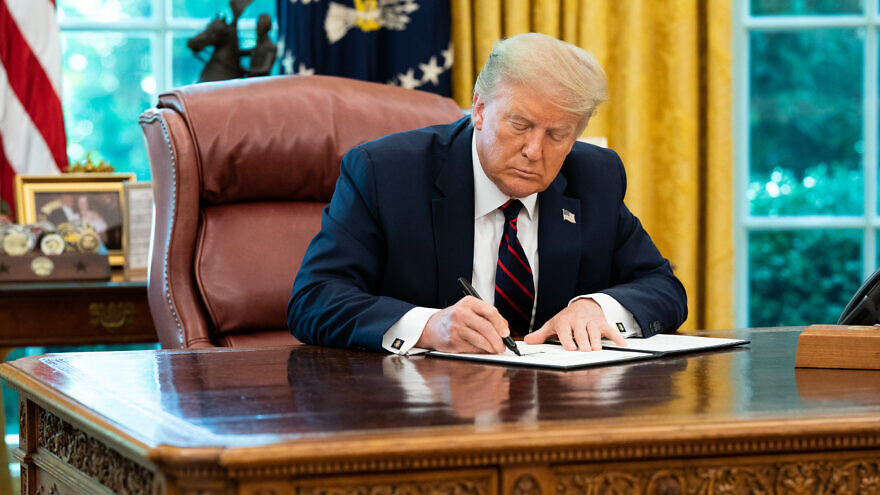 (January 13, 2021 / JNS) U.S. President Donald Trump signed a bill into law on Wednesday to elevate the status of the U.S. special envoy on anti-Semitism.

The Special Envoy to Monitor and Combat Anti-Semitism Act, which was one of the last bills to pass the 116th Congress, upgrades the status of the special envoy for monitoring and combating anti-Semitism, a position at the U.S. State Department, to an ambassadorship, thereby requiring U.S. Senate confirmation.

The president will be required to fill the position within 90 days.

Having been vacant at the start of the Trump administration, the special envoy was designated in February 2019 with the appointment of Iraq war veteran and attorney Elan Carr.

With a week until President-elect Joe Biden is sworn in, barring a nomination by Trump of someone to the upgraded position, Biden will have the first opportunity to fill the role.

Hadassah advocated for the passage of what is now law.

“Future ambassadors will surely benefit from today’s action, which affords the Office of the Special Envoy the tools, resources and gravitas necessary to apply much-needed pressure on foreign governments to address anti-Semitism as part of their relationships with the United States,” the organization said in a statement.