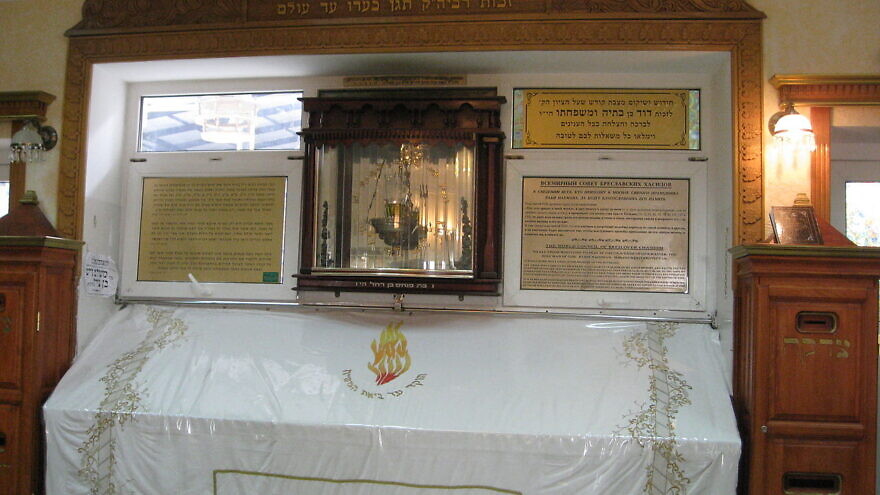 (July 8, 2022 / JNS) The Ukrainian embassy in Israel said in a released statement that due to Russia’s ongoing war, those who are hoping to make the annual pilgrimage to the gravesite of Rabbi Nachman in the city of Uman during Rosh Hashanah will be banned from the country.

The embassy explained in a Facebook post on Thursday that High Holiday celebrations in Ukraine this year remain “uncertain.”

Ukrainian Ambassador to Israel Yevgen Korniychuk told Orthodox media outlets that “due to concerns for the lives and well-being of the visitors to Ukraine and in light of the blatant Russian war in our country, despite all efforts, we cannot guarantee the security of pilgrims and do not currently allow tourists and visitors to enter Ukraine.”

He also asked the Orthodox Jewish community to pray for “the victory of Ukraine” in the ongoing war.

“We hope that the prayers will be fulfilled and that Ukraine will once again be a country that generously receives visitors from Israel, and especially, Jews who come to Ukraine to visit the graves of the righteous,” he added.

The gravesite of Rabbi Nachman, the founder of the Breslov Chassidic movement, is in Uman, which draws thousands of Jewish visitors annually.

Meanwhile, Natan Ben-Nun, chair of the Breslov Union in Uman, told Army Radio that “a lot can change until the High Holidays” and that preparations for the gathering in Uman will move forward as planned.

He noted: “I do not expect the masses to come, but I hope I’m wrong.”