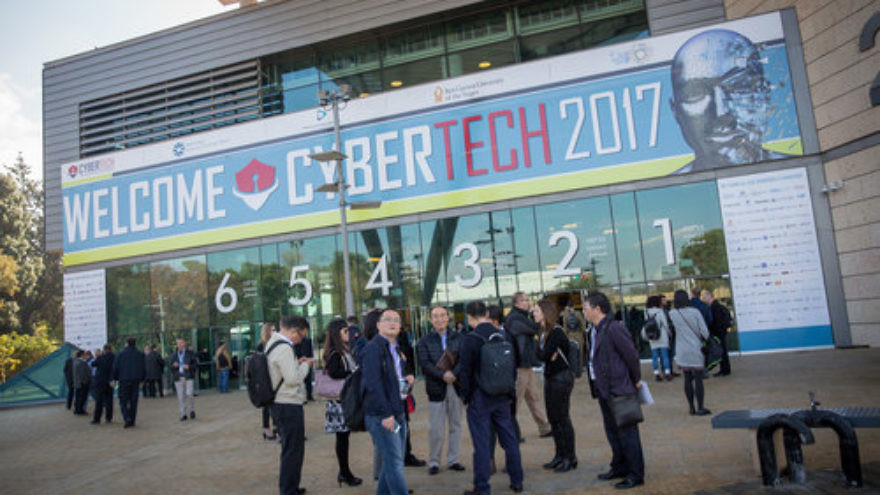 (February 13, 2017 / JNS) Israel’s standing as a global cybersecurity powerhouse advanced in recent weeks, with the U.S. House of Representatives passing new legislation that would improve American-Israeli cooperation in that sector.

“Cybersecurity is the preeminent national security issue of the Information Age. Working together with our allies will be essential to preserving our collective defense in this new domain,” U.S. Rep. Jim Langevin (D-R.I.) told JNS.org.

“Israel is already a leader on cybersecurity, and by enhancing collaboration, we will be able to push the frontiers in protecting our respective homelands,” he said.

U.S. Rep. John Ratcliffe (R-Texas) and Langevin introduced the United States-Israel Cybersecurity Cooperation Enhancement Act of 2017 (H.R. 612), which passed in the House Jan. 31. The measure creates a cybersecurity grant program for joint research and development projects. Under the legislation—which resulted from a visit to Israel last May by a congressional delegation including Ratcliffe and Langevin—the secretary of homeland security would determine research parameters with an advisory board of American and Israeli members.

Ratcliffe, who chairs the House Homeland Security Subcommittee on Cybersecurity and Infrastructure Protection, said, “After Jim and I traveled to Israel last year to discuss this important aspect of our national security with top officials, we defined key areas where we could boost our collaboration to strengthen our countries’ cybersecurity posture.”

The legislation’s advancement comes as cybersecurity is one of the world’s fastest-growing security fields—not just for governments, but also for terrorist groups.

In January, Israeli security authorities revealed a Hamas operation on social networks attempting to lure Israel Defense Forces soldiers into downloading viruses by using fake accounts with pictures of attractive young women. A number of soldiers fell for the trick and downloaded the viruses.

The Hamas-funding nation of Iran, meanwhile, tested its cyberwarfare systems in a Feb. 4 drill that intended to “showcase the power of Iran’s revolution and to dismiss the sanctions” that the U.S. levied against the Islamic Republic a day earlier, according to Iranian Revolutionary Guards Corps website.

“Israel and the U.S. share the same enemies in the cyber realm, consisting of both jihad groups as well as hacktivist groups associated with the likes of [the international hacker network] Anonymous, who also target the Jewish community worldwide online,” said Stalinsky.

Gabi Siboni, head of the Cyber Security Program at the Institute for National Security Studies in Israel, told JNS.org that cooperation in the constantly changing cybersecurity sector is not Israel’s most important partnership area with the U.S., with the top areas remaining intelligence and other forms of defense cooperation, yet cybersecurity ties are rising in importance.

Regarding terror groups’ use of cyberspace to launch attacks, Siboni said, “They are doing as much as they can, but for now are mainly manipulating social media platforms to promote their interests.”

“It is premature to speak of these groups launching complex cyberattacks, though they are trying to gain this capability,” he said. “Things are changing as we speak.”

Israel Aerospace Industries (IAI), the Jewish state’s largest aerospace and defense company, is adapting to that shifting landscape. The company announced this month that it is making significant gains in the cybersecurity field, with contracts totaling more than $100 million in 2016.

IAI created a cyber division, appointing Esti Peshin as its general manager, and works on cyber-related solutions in the technology areas of intelligence, monitoring, identification and combating cyberthreats.

“We consider cyber to be a strategic field of activity and a growth-engine at IAI, and expect it to continue to expand significantly in the coming years,” IAI President and CEO Joseph Weiss said in a statement, adding that the company “will continue to invest in cyber companies and research and development centers in order to continue to expand in this field.”

Israel hosted Cybertech 2017, the world’s second-largest cybertechnology exhibition, from Jan. 30-Feb. 1 in Tel Aviv. Israeli Prime Minister Benjamin Netanyahu told the gathering that it is “no coincidence that you are here in Israel” and “not an accident” that the Jewish state is a world leader in cybersecurity.

“I think we’re truly on the cutting edge of this new technology and we’ve had many successes in ensuring our security,” said Netanyahu. “It’s not an accident, as one would say. It’s not an accident that in the froth and gushing of this entire Middle East and beyond, Israel is a secure and safe environment. We have invested in our security in creative ways, successful ways…We stand, all of us, at the nexus of big data, connectivity and artificial intelligence. Great opportunities, but also great challenges. And in Israel, we’re exploiting these opportunities and we’re meeting these challenges.”

In a further sign of the shared U.S.-Israel vision on cybersecurity, Michigan Governor Rick Snyder told conference attendees that “in Michigan, we also have a national service cyber unit, much like the IDF (Israel Defense Forces). We established the Michigan Cyber Civilian Corps, gathering talented individuals who can respond if anything occurs, which I am very excited about, because I believe it is the forefront of the future.”

As they deepen their cybersecurity ties, Israel and the U.S. may also be well-served to keep an eye on regional developments such as the ongoing Iranian-Saudi cyberwar. According to a recent report by the McClatchy chain of American newspapers, Iran and Saudi Arabia “have been lobbing digital artillery fire at each other in a simmering conflict” that started when Iranian hackers destroyed more than 30,000 computers belonging to the Saudi Aramco energy company. The cyberwar flared up in January, with Saudi Arabia issuing an “urgent call” to domestic network systems operators to be on alert for Iranian cyberattacks.

“As the Trump administration casts about for a cybersecurity policy,” wrote McClatchy national security reporter Tim Johnson, “the byte battle between Iran and Saudi Arabia may well be a harbinger for conflicts to come.”