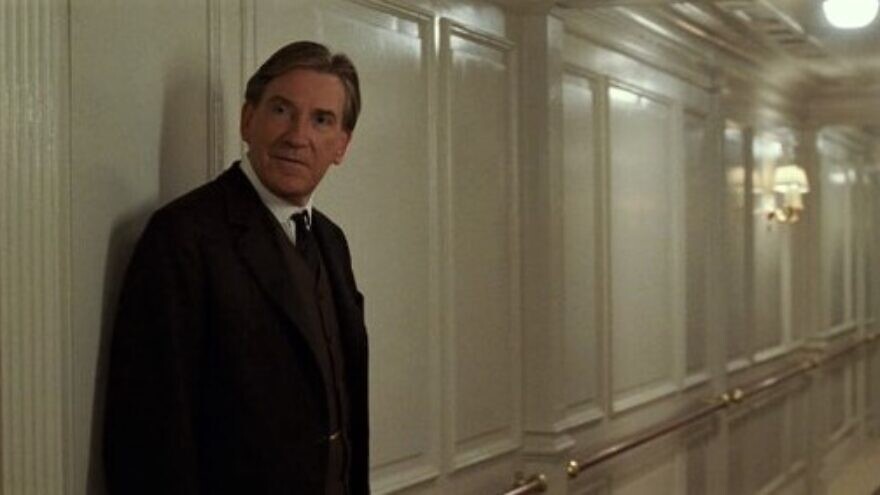 (July 28, 2022 / JNS) British Jewish actor David Warner died on Sunday at the age of 80 from “a cancer-related illness,” his family confirmed to the BBC.

During his long-spanning acting career, Warner—whose father was Russian and Jewish—often took on villainous roles, including in the 1978 film “The Thirty-Nine Steps” and “Time Bandits” in 1981. He played the villainous Spicer Lovejoy in James Cameron’s 1997 blockbuster “Titanic” and starred in several “Star Trek” movies, “The Omen” and “Tron.”

He most recently starred in “Mary Poppins Returns.”

“Over the past 18 months, he approached his diagnosis with a characteristic grace and dignity,” his family said in a statement. “He will be missed hugely by us, his family and friends, and remembered as a kind-hearted, generous and compassionate man, partner and father, whose legacy of extraordinary work has touched the lives of so many over the years. We are heartbroken.”

Warner’s first film was 1966’s “Morgan: A Suitable Case for Treatment” by Czech-born Jewish filmmaker Karel Reisz, who was one of hundreds of children rescued from the Nazis by British humanitarian Sir Nicholas Winton, according to The Forward. Warner received a British Academy of Film and Television Arts (BAFTA) nomination for his role in the film.

In 1968, Warner starred in “The Fixer,” which was inspired by the true story of Menahem Mendel Beilis, a Russian Jew who went on trial in 1913 after being falsely accused of having ritually murdered a Ukrainian boy.

In 1977, he played a Nazi officer in the World War II film “Cross of Iron.” A year later, he starred in the TV miniseries “Holocaust” as Reinhard Heydrich, the high-ranking Nazi Party official who was one of the main architects of the Final Solution of the Jews in Europe. Warner portrayed Heydrich a second time in the 1985 television movie “Hitler’s S.S.: Portrait in Evil.”

Warner’s acting career also included numerous television roles. He won an Emmy in 1981 for his portrayal of Pomponius Falco in the miniseries “Masada.”

He is survived by his partner, Lisa Bowerman; son Luke and daughter-in-law Sarah.