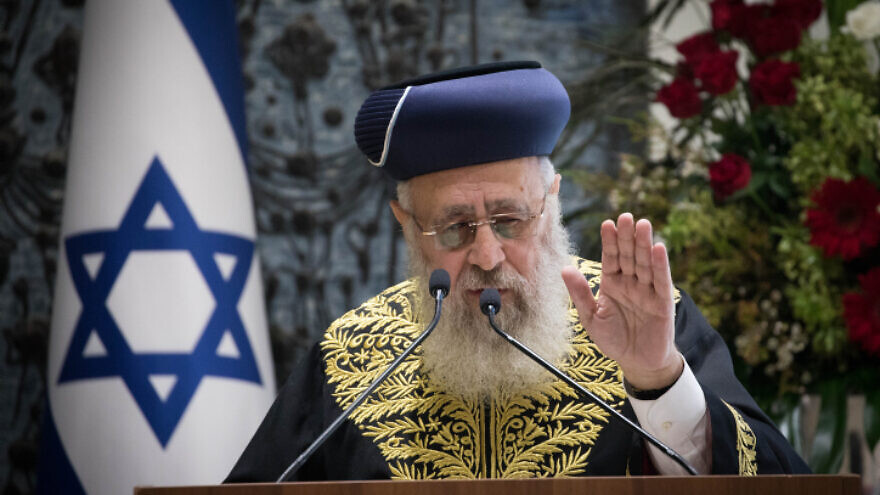 Speaking at a massive rabbinical gathering, Yosef accused Kahana of “heeding the advice of uninfluential rabbis who confuse him” instead of consulting with “great rabbis.”

“Rabbis that he consults with say it’s enough for the conversion process to be traditional, which goes against the Torah and halacha [Jewish law]. My father [the late Sephardi Chief Rabbi Ovadia Yosef] would have been horrified by such opinions, and I am certain that if Abraham Isaac Kook was with us today, he too would cry out against” this, he said.

“Any convert who does not accept upon himself the commandments, we will not accept him … We call on the religious services minister to not heed the uninfluential rabbis, to wake up. You have already ruined kashrut, do you also want to ruin the conversion system? Repent.”

Speaking at the same event, Israel’s Chief Ashkenazi Rabbi David Lau said, “The Torah has given us definitive laws which we will not change,” stressing that if improvements need to be made, they must be done in a way that does not negate the Torah.

Knesset member Yulia Malinovsky (Yisrael Beiteinu), who has sponsored the conversion legislation, said in response, “If the rabbis who attack the reform care about the conversion mechanism, and truly care about the State of Israel rather than control, power, or money, then I am open to dialogue and ready to attend any meeting. However, if the goal is to undermine state institutions then we will make sure that they will return to their ivory tower soon.”