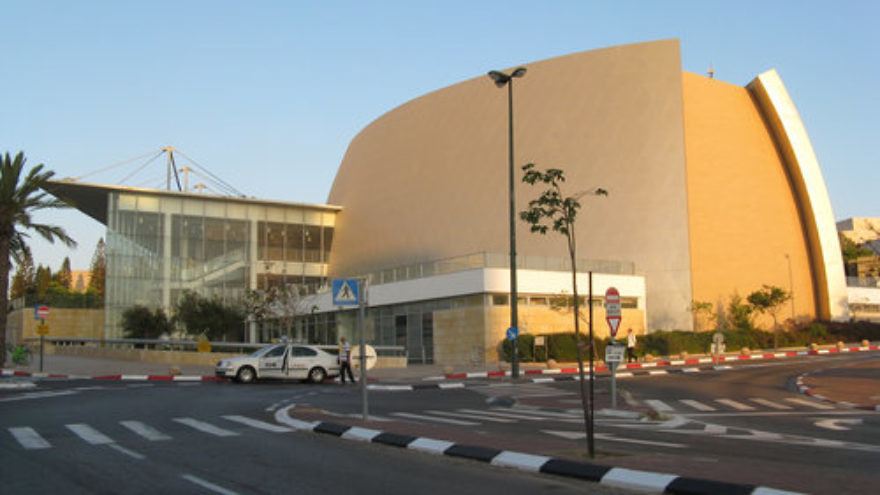 Tel Aviv University (TAU) is asking American Jews to contribute to a new fund to ensure that its faculty members “won’t be harmed by BDS.” But in an ironic twist, it appears that the handful of TAU professors who support BDS could benefit from the fund too.

In a mass mailing to potential donors this week, American Friends of Tel Aviv University wrote the university is “under attack” from the BDS movement, which is trying to “cut off our professors, researchers, and students from the academic community” by promoting an international boycott of Israeli universities.

The American Friends mailing asked for donations to “a fund to ensure that TAU professors and scholars…can continue to represent Israel at conferences and symposia” and “to bring American professors to teach and work on the TAU campus.”

Complicating matters, however, a handful of the university’s professors have publicly advocated for BDS, including philosophy professors Anat Matar, Adi Ophir, and Anat Biletzki; Rachel Giora, of the linguistics department, and Gadi Algazi, of the history department.

At a pro-BDS conference last year, Matar said Israeli academia is “integral to the oppression of Palestinians [because of the] strong ties between the universities and Israel’s various security industries,” according to the organization Israel Academia Monitor. Ofir, for his part, has written that BDS is “the only effective form of Palestinian resistance.”

Algazi, who has served as chairman of TAU’s history department, has even urged boycott activists to target Tel Aviv University, in response to the university’s purchase of software from a company that also has done business in Israeli communities in the disputed territories.

In addition, some TAU faculty members, including then-professor Benjamin Isaac, an Israel Prize laureate, signed a 2011 petition urging a boycott of Ariel University because it’s located in the territories.

When asked by JNS.org if the pro-BDS faculty members would be eligible for support from the new fund, Fran Sommers, vice president of communications for American Friends of Tel Aviv University, responded: “The purpose of the fund is to bring visiting scholars and scientists from North America and Europe to Tel Aviv University.” She did not address the statement on the solicitication that stated the fund also will enable “TAU professors and scholars…to represent Israel at conferences and symposia.”

As to whether pro-BDS professors would be eligible for assistance from the new fund to travel to participate in those conferences and symposia, Sommers told JNS.org, “It is the policy of Tel Aviv University to direct its anti-BDS efforts against organizations and not individuals that call for isolating Israel academically.”

Some university board members are uneasy at the prospect of BDS advocates possibly benefiting from the new fund. “I do not believe that pro-BDS professors should receive any funds from the government of Israel or the university,” TAU Board of Governors member Jacqueline Simkin told JNS.org. “They are biting the hand that feeds [them].”

Dr. Charles Small, a visiting professor at Tel Aviv University’s Moshe Dayan Center, said that “while the university must be safeguarded as a place where all positions can be expressed, including opinions many of us find detestable,” it “would be ridiculous for somebody who advocates BDS to qualify for assistance from a fund that was created to defeat the BDS movement.”

“That would be akin to the Marlboro cigarette company applying for funds for cancer research,” said Small, who is also the executive director of the New York-based Institute for the Study of Global Antisemitism and Policy (ISGAP).

Anti-BDS activist Dr. Ronnie Fraser, the London-based director of the international group Academic Friends of Israel, told JNS.org, “According to the International Holocaust Remembrance Alliance [to which 31 countries belong], BDS is anti-Semitism because BDS calls for the destruction and the elimination of the state of Israel. Those academics who support BDS are not pro-Palestinian, they are anti-Zionists – and in my book, anti-Semites.”

Fraser, formerly a professor at Barnet College in England, urged the American Friends of Tel Aviv University to “use their fundraising activity as a bargaining tool to persuade the TAU management to reign in the pro-BDS academics…. Money talks and surely the funders are entitled to play hard ball.”