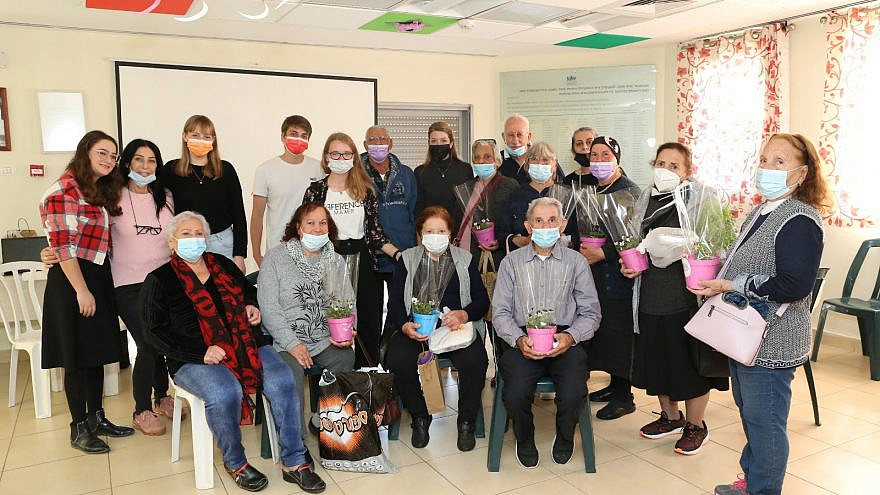 A group of young adults from Germany, including direct descendants of Nazi Wehrmacht soldiers and/or members of the SS, met with area Holocaust survivors to ask for forgiveness and to gain much-needed closure for the sins of their grandparents and great-grandparents.

The event was organized by ADI Negev-Nahalat Eran, a rehabilitative village in Israel’s south, and one of two residential centers run by the ADI organization (the second is in Jerusalem), whose mission is to provide residential, medical and rehabilitative care for Israelis with severe disabilities from infancy and childhood through adulthood.

The youngsters represent the German nonprofit organization “March of Life,” which since 2007 has been sending volunteers to the ADI Negev-Nahalat Eran to participate in six-month-long stints to assist in meeting the needs of the children there. In addition, volunteers work with other Jewish organizations throughout Israel, in part to make amends for a prior generation in Germany and as a symbol of solidarity with the Jewish people.

In the past 14 years, March of Life has sponsored some 400 memorial and reconciliation marches across 20 European countries in order to remember those lost in the Holocaust and to stand up against modern-day anti-Semitism.

The experience at ADI Negev-Nahalat Eran allows the youngsters to meet with Jews of all backgrounds and explore the impact of horrific Nazi ideology in the 20th century, while also interacting with those with disabilities to learn about the importance of eradicating prejudice and promoting the uncompromising belief in the equality of all people.

‘It’s not OK to be indifferent’

Anna Suzette Pfeiffer, 18, and Shauna Wither, 19, arrived at ADI Negev-Nahalat Eran from Germany this past October with other volunteers to spend nine months at the village.

Pheiffer told JNS that all four of her great-grandfathers had a hand in one way or another in the Nazi war effort and/or the Holocaust. “One of my grandfathers traveled from Romania to Germany in order to volunteer for the SS. He was part of Hitler’s brutal ‘Heim ins Reich’ policy in Poland, which involved murdering Jews so that ethnic Germans could settle there,” she related. 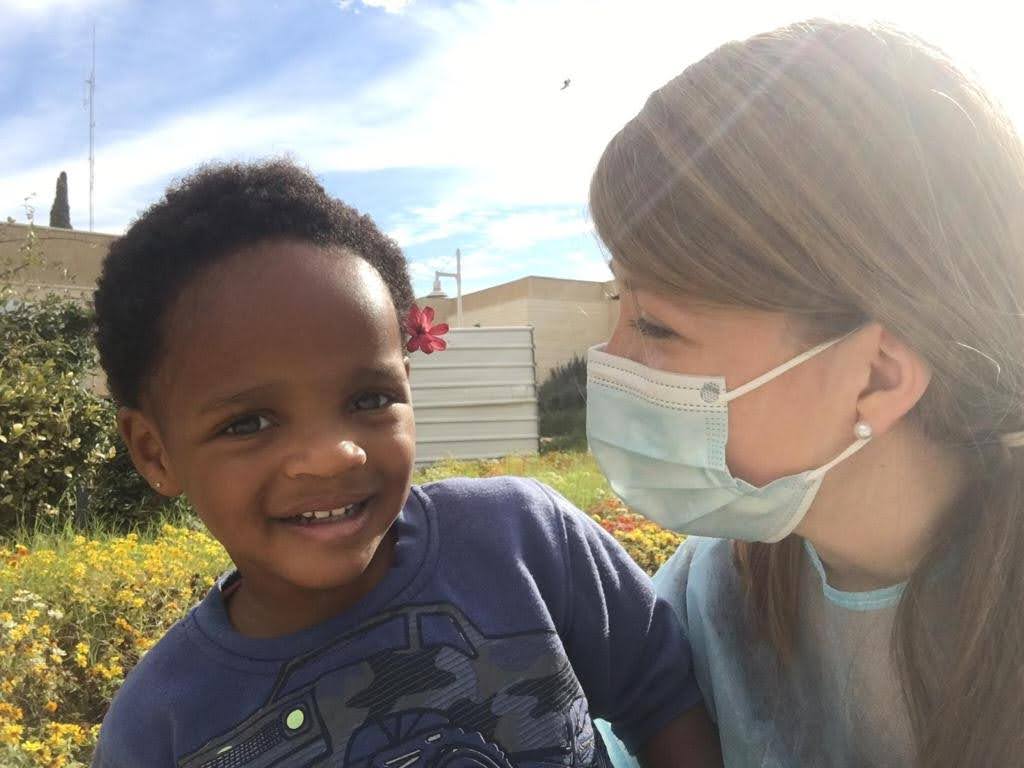 Another great-grandfather, she explained, was an engineer who helped build the fences and gas chambers at the Auschwitz-Birkenau concentration and death camp.

Wither shared with JNS that her grandfather on her mother’s side was a Nazi Wehrmacht soldier, while her great-grandfather served as a guard on the border between Germany and France. “In those days, the border guards decided who could pass [between countries] and who couldn’t, so those could be life–or-deaths decisions.”

She added that “he was convinced of the Nazi ideology,” which affected his decision-making at the border.

But 80 years later, both young women chose a very different path than their ancestors.

“When I was 11, my mother gave me a book about a Jewish girl who grew up in Berlin when the Nazis came to power,” said Pheiffer. “The book described how bad the anti-Semitism was, and how she fled with her family. It helped me understand what happened. And since then, slowly and step by step over many years, my parents shared with me the shocking details of how my family was active in supporting these things.”

She explained that “this process taught me that it’s not OK to be indifferent. You have to look inside of yourself and take action. German society was indifferent. And, unfortunately, we are seeing the same indifference in the world today.” 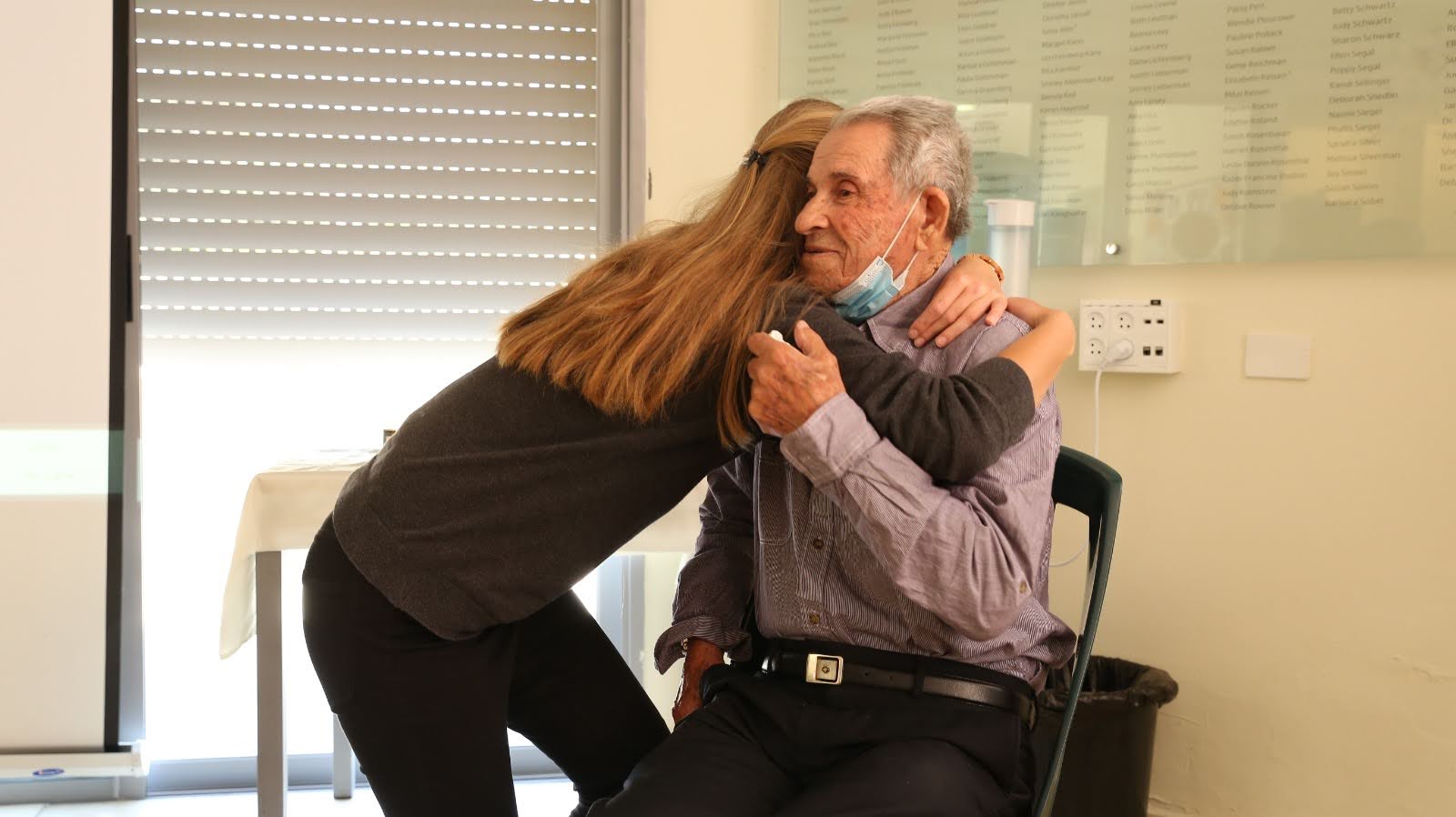 ‘I tried to push away the past’

Pheiffer, who has been volunteering in the ADI Negev-Nahalat Eran kindergarten working hands-on with 10 children with disabilities, said that she had another opportunity to meet with Holocaust survivors on International Holocaust Remembrance Day this past January.

She said that the experience “was challenging, but it was an opportunity for reconciliation, which brings healing for both sides.”

Wither said “I knew about my family’s past while growing up, and I was angry [about it] as a child. I tried to push away the past and didn’t want people to know.” 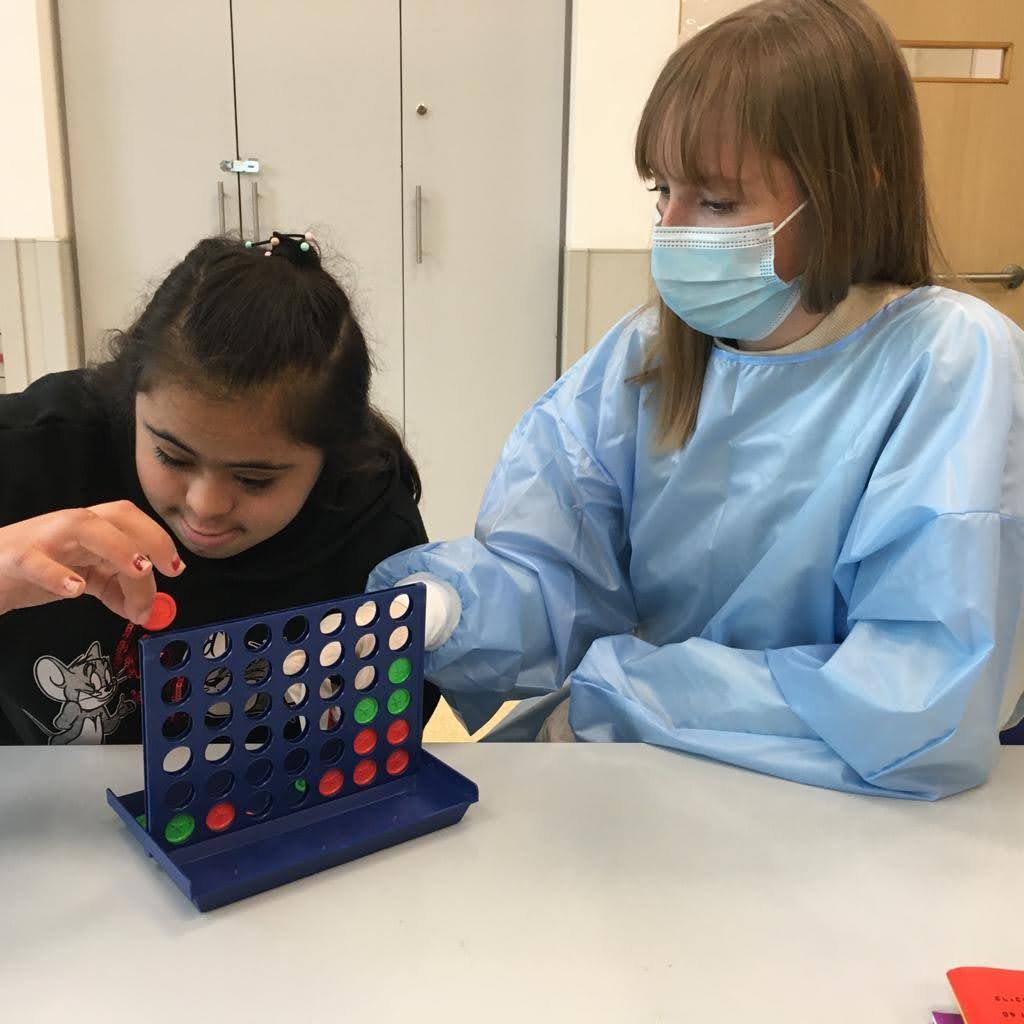 Shauna Wither spends time with kindergarteners who have disabilities at the ADI Negev-Nahalat village. Credit: ADI.

Eventually, she said, “I decided to accept it, and really look into it and speak about it.”

It was then that Wither discovered the March of Life movement. “I met with Israelis who came to Germany and asked them for forgiveness, as well as survivors,” she said.

Wither, who visited Israel in the past before her current trip, said “I love Israel.”

When the opportunity came to volunteer with ADI, she jumped at it. She has been working with eight children with disabilities and providing support to the teaching staff.

Maj. Gen. (Res.) Doron Almog, the founder and chairman of ADI Negev-Nahalat Eran, told JNS: “Our partnership with March of Life is deeply meaningful to me as a Jew and the parent of a child with multiple disabilities. On the one hand, it is very powerful to see these young women and men seeking atonement for the unspeakable acts of an entire generation of German citizens, both those who were actively and passively responsible for the death of 6 million Jews. And on the other hand, it is a statement of tikkun olam (‘repairing the world’) like no other.”