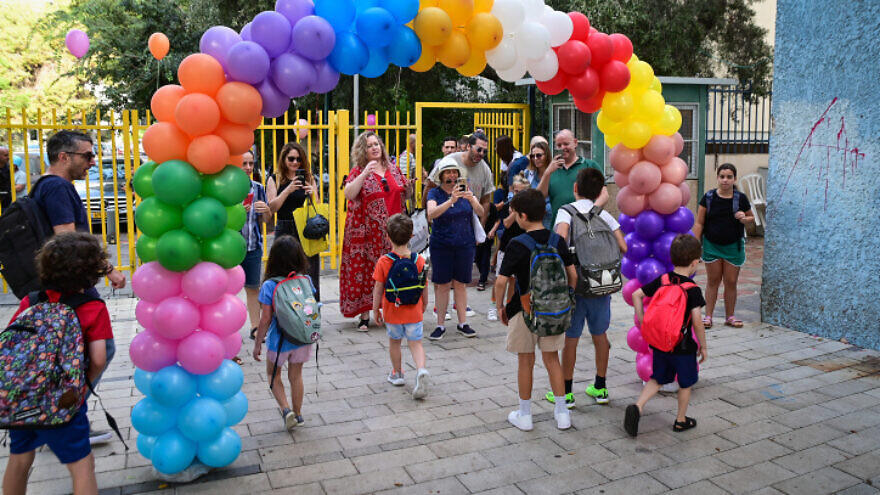 (September 1, 2022 / JNS) After months of uncertainty, 2.5 million Israeli kids returned to school on Thursday as a strike by the Israel Teachers Union was narrowly avoided.

News of bogged-down talks between the finance and education ministries and the teachers’ union, and strike threats, filled Israeli airwaves throughout the summer and with increasing frequency as the first day of school approached.

A deal was finally signed on Wednesday, just 24 hours before the start of the school year.

The union, whose central demand revolved around an increase in salaries, hailed the agreement on its website as a “great achievement.”

“This morning we reached agreements in principle with the ministries of finance and education regarding the wage increases and employment conditions,” it said.

An agreement was also reached separately with the Secondary School Teachers’ Association, which represents high schools, and also threatened to strike.

In that instance, the debate was not about salaries, but a demand by the association to switch to a five-day school week.

Another issue of contention was a proposed reform by the Ministry of Education to cancel matriculation exams in the humanities, including history, literature and biblical studies, a move the association opposed.

“We reached agreements both regarding the exams and regarding five days of study,” said Ran Erez, the head of the association.