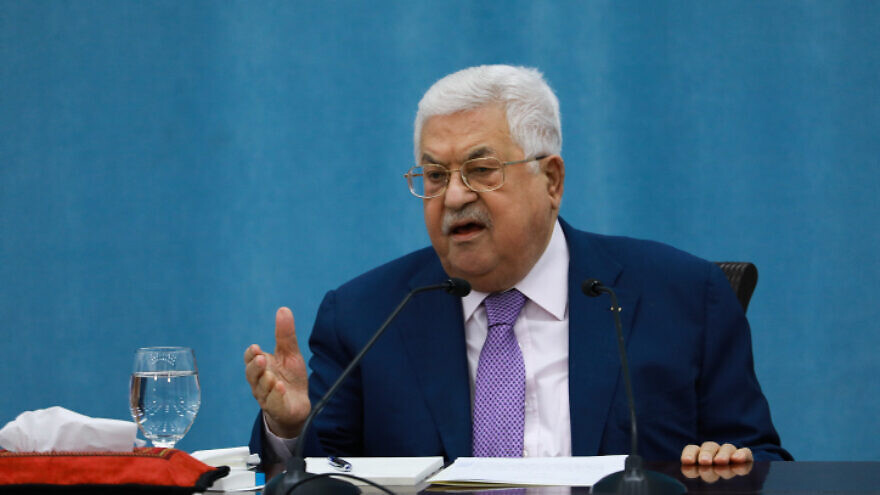 (August 19, 2020 / JNS) Palestinian Authority leader Mahmoud Abbas on Tuesday said Palestinians were not worried about the “nonsense” peace accord between Israel and the United Arab Emirates, but accused the UAE of betraying the Palestinian people and cause.

Speaking from his compound in Ramallah in his first public comments since the Aug. 13 announcement of the normalization deal, Abbas said, “We aren’t worried about the nonsense that happens here and there and especially in recent days, when a trilateral agreement between the Emirates, Israel and America was announced,” according to Reuters.

“They [the UAE] have turned their backs on everything: the rights of the Palestinian people, the Palestinian state, the two-state solution and the holy city of Jerusalem,” he said, according to the report.

Unusually, members of P.A. rival groups, including Hamas, were present at the meeting in Ramallah.

Meanwhile, Israel’s Mossad intelligence agency director Yossi Cohen arrived in the United Arab Emirates on Monday for talks on the normalization deal. A larger Israeli delegation is expected to travel to Abu Dhabi later in the week, but according to Israeli media reports was delayed by disagreements regarding its composition.