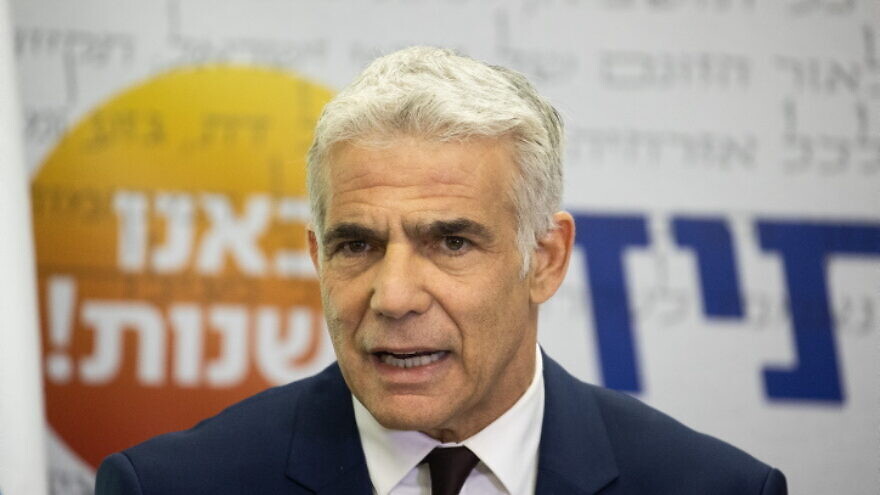 “Israel’s decision to downgrade its diplomatic representation in Warsaw is unfounded and irresponsible, and the words of Yair Lapid, Israel’s foreign minister and alternate prime minister, are deeply offensive to every honest human being,” Morawiecki posted on Facebook, referring to Lapid’s decision to recall the charge d’affaires at the Israeli embassy in Warsaw on Saturday.

Lapid also instructed the newly appointed ambassador to Poland, Yacov Livne, to remain in Israel “for the time being.”

“If the Israeli government continues to attack Poland in this way, it will also have a very negative impact on our relations, both bilaterally and in international fora,” warned the Polish prime minister.

Lapid responded to Morawiecki’s comments by saying it was Poland’s fault for the latest diplomatic crisis. “The negative impact on our ties began the moment that Poland chose to begin passing laws aimed at harming the memory of the Holocaust and the Jewish people in 2018,” said Lapid.

“Gone are the days when Poles harmed Jews without consequence. Today, Jews have a proud and strong country of their own,” he continued. “We do not fear anti-Semitic threats and have no intention of turning a blind eye to the shameful conduct of the anti-democratic Polish government.”

Meanwhile, Poland is also reportedly examining whether or not to continue allowing annual Holocaust-education trips by Israeli youth.

“The trips do not take place in a proper manner. They sometimes instill hatred for Poland in the heads of young Israelis,” said Polish Deputy Foreign Minister Pawel Jablonski. “We will make the right decisions about these trips. We deal with anti-Polish sentiment in Israel, and one of the reasons for this is the way in which Israeli youth are educated and raised.”

While the law doesn’t mention the Holocaust, it imposes a 30-year limit for restitution claims on property confiscated by the post-war Communist regime, making it more difficult for Holocaust survivors to reclaim property stolen during World War II.

Morawiecki defended the law, saying it “restores elementary justice and the rule of law in Poland,” and that it was meant to stop criminals who had exploited the situation to claim property with forged documents.

Officials in the United States, as well as international organizations, joined Israel in condemning the legislation.