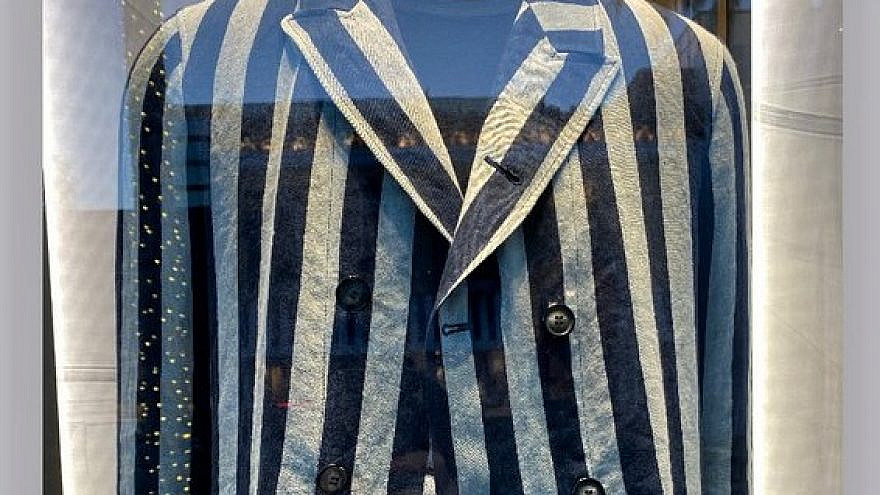 Roz Rothstein, CEO and co-founder of StandWithUs, first shared a photo of the “offensive” gray-and-navy vertically striped jacket on April 4 on Twitter, after being displayed outside an Armani store in Beverly Hills, Calif.

A photograph of the blazer, part of the fashion label’s spring-summer 2021 Men’s Collection, was also shared on Armani’s official Instagram page.

Rothstein called on Armani to apologize and remove the item for purchase.

A better view of the new offensive Armani jacket displayed in Beverly Hills. Armani: apologize and remove it! pic.twitter.com/RU23u60X78

StandWithUs said on Facebook about the “distasteful” item: “This is an awful look for anyone who cares about Holocaust memory or for anyone with their own personal memory of Nazi concentration-camp uniforms that prisoners were forced to wear. Georgio Armani should rethink and withdraw this insensitive ‘style.’ ”

The organization announced on Tuesday that Armani had responded to its request by pulling the item. The photo of the jacket on Armani’s Instagram page was also deleted.