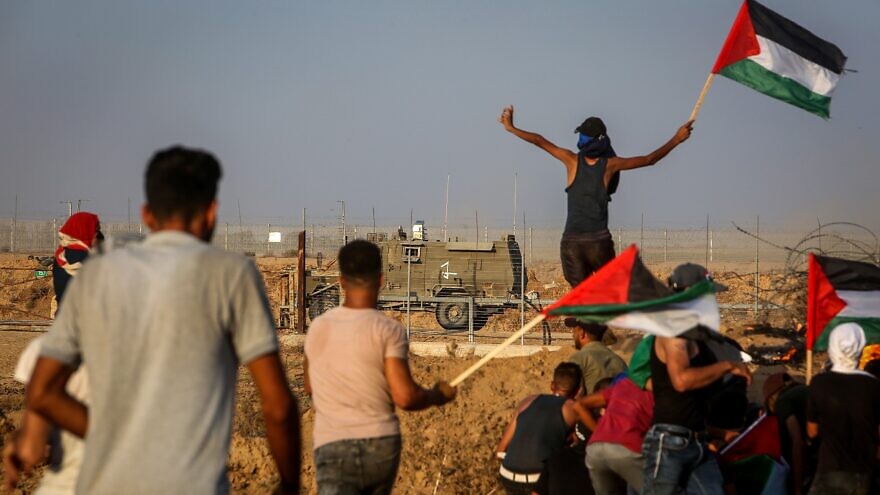 (August 25, 2021 / JNS) As many as 1,000 Gazans took part in protests near the Israeli border on Wednesday, four days after an Israeli Border Policeman was critically injured by a Hamas gunman over the weekend. As a result, on Monday, the Israel Defense Forces built new mounds as reinforcements to give security forces better control of the area.

In Wednesday’s incident, rioters gathered in southern Gaza and mostly stayed between 100 to 200 meters (325 to 650 feet) from the border fence, while the IDF positioned a significant number of soldiers, backed up by tanks, on the other side, according to multiple Israeli media reports.

A number of Palestinians ran towards the fence sporadically, triggering tear gas and limited Ruger bullet fire by Israeli forces, according to a report by Ynet.

An explosive device was hurled at Israeli soldiers as well.

The Hamas-controlled Gazan Health Ministry said at least 14 people were injured in the clash, including five moderately from bullet wounds.