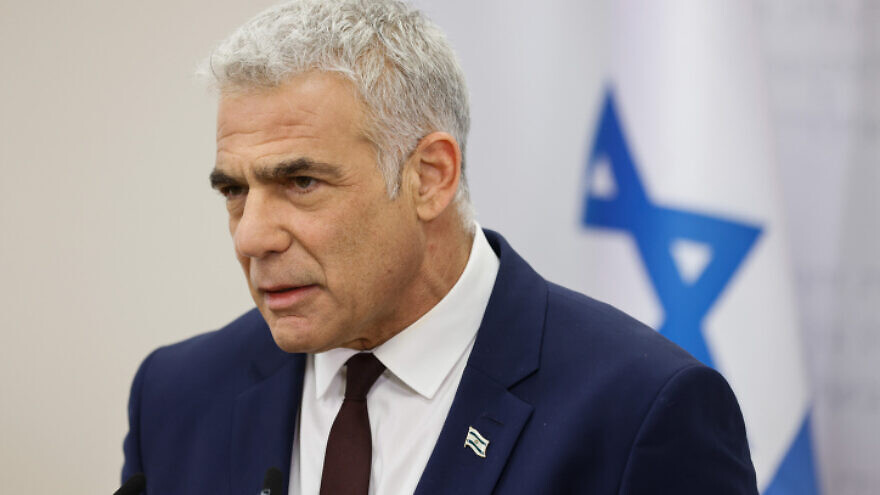 “The consular office in Lviv has been working to provide travel documents to Israeli citizens since Thursday and will assist citizens interested in leaving the country, primarily through land border crossings to neighboring countries,” the ministry said in a statement.

Officials said that the ministry was “prepared for any development, including the possibility of a land exit.”

In that framework, they said, “Israeli diplomats stationed in Lviv, as well as those serving in Poland, Slovakia, Romania, Moldova and Hungary, have held visits to border crossings with Ukraine and meetings with the authorities at the crossings to ensure the passage of Israeli citizens who wish to leave Ukraine.”

With Russia sending troops into Lugansk and Donetsk after Russian President Vladimir recognized the independence of the separatist regions on Monday, Israeli officials believe that war is increasingly likely.

The assessment is that should war break out, it will be increasingly difficult for Jews to leave Ukraine by air. With thousands of Israelis still in the country, the decision was made to relocate embassy staff to Lviv, which is situated near the border crossing with Poland. Efforts toward this end were set to commence on Tuesday.

The ministry has called on Israeli citizens in Ukraine to leave the country immediately. Just 4,000 Israelis have heeded Jerusalem’s advice and left Ukraine thus far.

The Jewish Agency for Israel also announced it would be moving its staffers from Kyiv to Lviv before reassessing the security situation early next week.

“The Jewish Agency is closely monitoring developments in the Ukraine region and is prepared to provide assistance in various scenarios, in accordance with the relevant government ministries,” said acting Agency chairman Yaakov Hagoel.