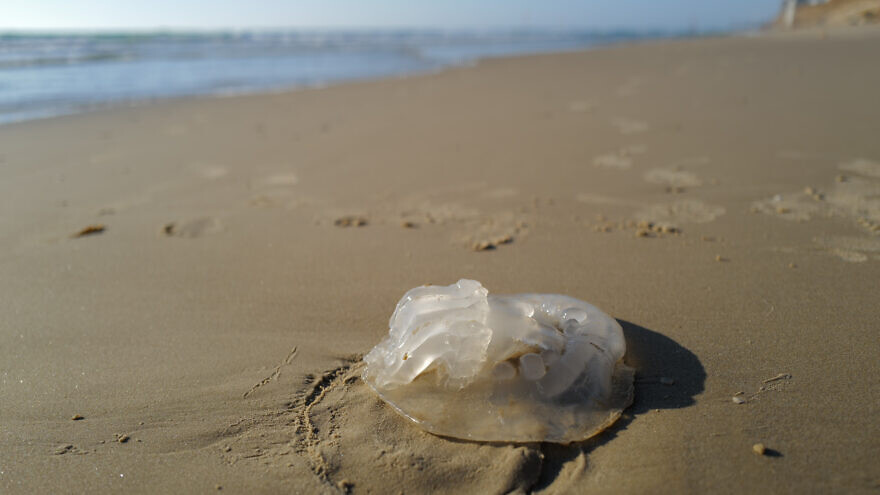 (July 28, 2022 / JNS) Unusually large swarms of jellyfish have converged on Israel’s coastline this summer, and while their arrival can put a crimp on a beach day, there is no immediate cause for concern, according to the University of Haifa in a statement on Wednesday.

According to Professor Dror Angel of the university s Department of Maritime Civilizations, while jellyfish visit Israel’s shores annually, this year is particularly intense.

Although it’s difficult to measure the size of a “bloom” as quantifying a constantly moving mass that lives above and beneath the ocean’s surface is almost impossible, photos alone demonstrate that the ecological event is unusually large, says Angel.

Likely reasons include climate change and the past winter in Israel.

“The past winter has been very rainy and cold at times. This may have affected the intensity of the bloom and their life cycle,” he explains. “We know for sure if there’s heavy rain, then lots of nutrients get washed into the sea. So there’s more algae, plankton and more food for the jellyfish to eat.”

“Biology isn’t an exact science. There may be something that comes along in the ecosystem and eats the jellyfish, giving us a small bloom next year,” he says.

“What’s important to emphasize,” adds the professor, “is that while jellyfish are a natural phenomenon, humans may be exacerbating matters. Pollution tends to equal more jellyfish.” 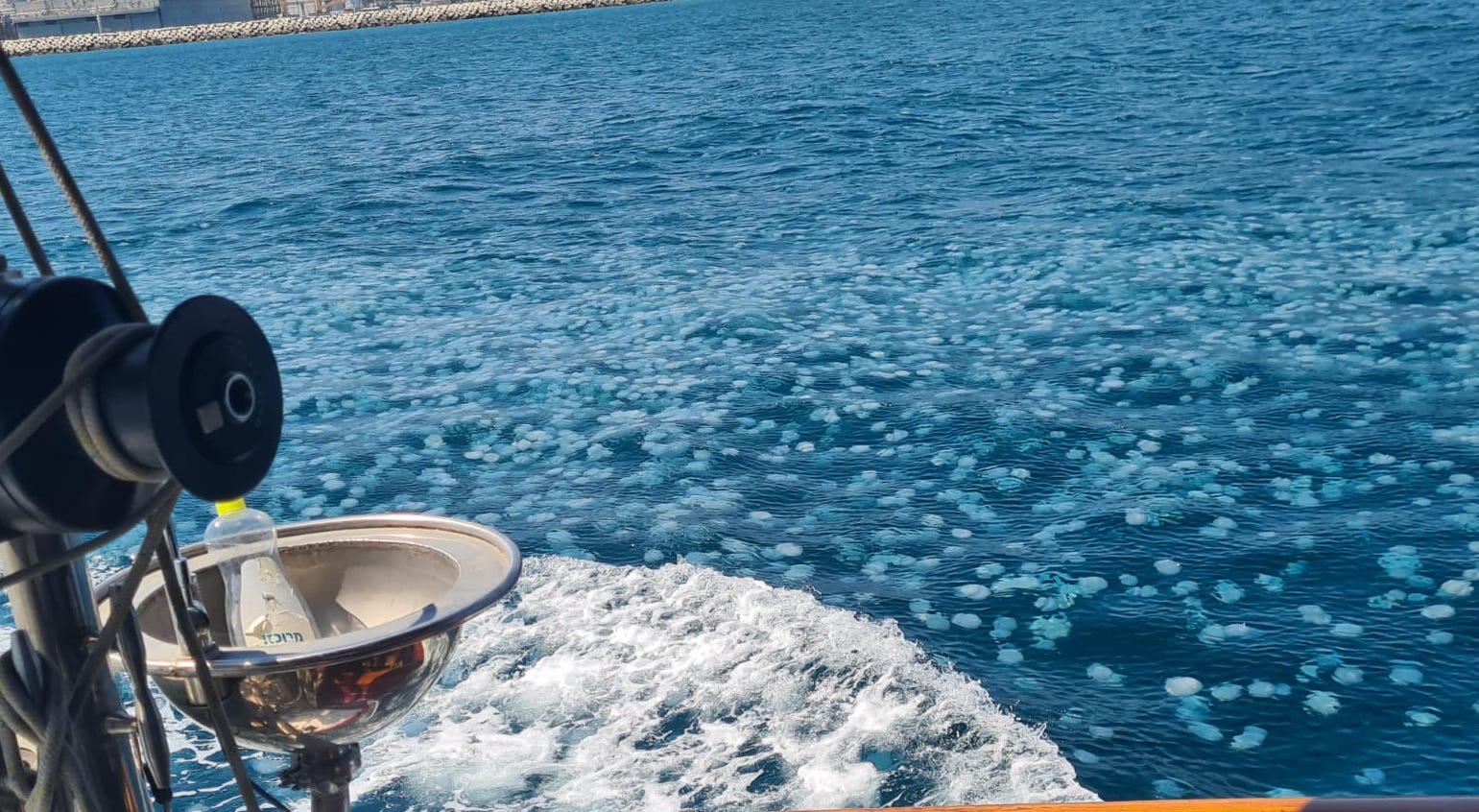 A large swarm of jellyfish in the waters along the Haifa Port in the summer of 2022. Photo by Dudu Gabrieli.
Republish this article in your newspaper or website