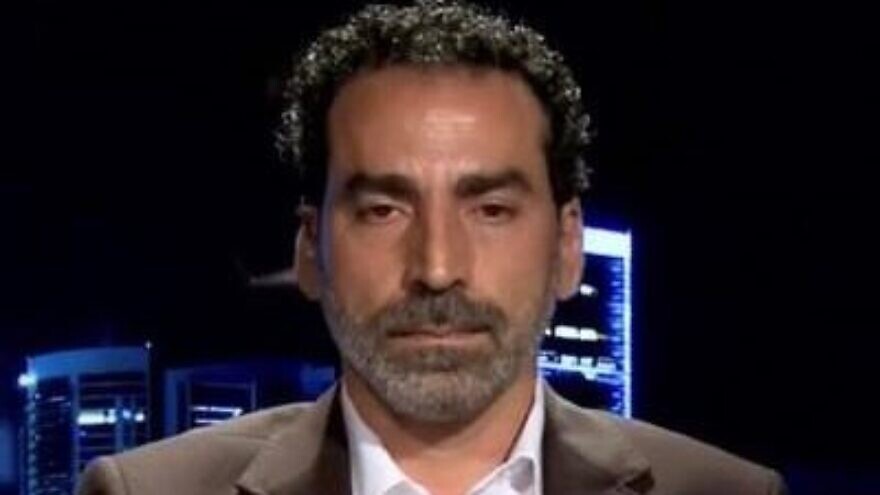 (September 9, 2022 / JNS) Canadian government officials and Jewish community members are speaking out after the revelation that more than $500,000 (CAD) in federal contracts were awarded to an organization whose spokesman made anti-Semitic comments.

Since 2016, Laith Marouf, who also serves as the top consultant for the Community Media Advocacy Center (CMAC), has made multiple anti-Semitic posts on Twitter, such as referring to Jews as “bags of human feces” worthy only of a “bullet to the head.”

In the past six years, CMAC has received $500 million in contracts for cost support, research and advocacy from the Canadian government’s broadcasting regulatory agency. The latest $133,000 contract from Heritage Canada’s Anti-Racism Action Program was suspended after Marouf’s comments came to light.

Mark Goldberg, a telecom consultant and independent blogger, has been sounding the alarm on Marouf’s anti-Semitic comments for a year and brought the recent grants to public attention.

According to Liberal Member of Parliament Anthony Housefather, Minister of Canadian Heritage Hon. Ahmed Hussen had dismissed Marouf’s comments in early July after Housefather flagged. Housefather has since called on all 338 MPs to condemn Marouf and declare that CMAC should not receive any government funding.

Canadian officials and members of the Jewish community have expressed concern about the vetting process within the Trudeau administration as a result of the revelations about Marouf.

The Shadow Minister for Canadian Heritage, MP John Nater, told JNS that it was “irresponsible and unacceptable” that Heritage Canada “conducted no research or background checks before they distributed this money.”

“If the government cannot conduct a simple background check on the institutions they distribute money to, they need to reconsider their use of grants and contributions,” he added.

‘Flaws in how grant applications are vetted’

Jaime Kirzner-Roberts, director of policy at the Friends of Simon Wiesenthal Center for Holocaust Studies, also raised concerns. “Regardless of the hate and propaganda he promotes, for years [Marouf] was able to sell himself to the government as a legitimate enterprise, regardless of how absolutely offensive his communications were,” she said, adding that this is “problematic.”

“It is profoundly troubling that this individual was supported and enabled in his hate speech, and the government needs to overhaul whatever problem is in these programs,” she continued.

“The recent revelations have exposed serious systemic flaws in how grant applications are vetted,” Shimon Koffler Fogel, president and CEO of the Centre for Israel and Jewish Affairs told JNS.

“From our perspective, it is clear that improvement in vetting and program oversight is required,” he continued. “That said, the government does recognize the need for robust oversight—for example, with respect to the funding provided to the United Nations Relief and Works Agency for Palestine Refugees in the Near East (UNRWA).”

Fogel said that to rebuild trust, the ministries must review their processes to ensure that there are no other bad actors with similar relationships to the government. He added that new protocols must be instituted to ensure that the grant recipients are fully aligned with generic Canadian values and specifically with the stated goals the particular initiatives are intended to advance.

Nater said he wants answers on the level of oversight that exists between federal departments and agencies to ensure ethical standards in federal grants are met.

“According to Heritage Canada’s own Departmental Reports, in 2020-21 they employed 194 full-time employees and spent $134,607,209 to promote diversity and inclusion,” he said. “How is it possible with those resources that they did not see fit to evaluate an organization before deciding to grant it $133,000?”

He told JNS that racism is an issue throughout many government departments, with racist public-service managers receiving promotions within the Treasury Board and Privy Council Office. He highlighted the Canadian Border Services Agency (CBSA) as embroiled in racism scandals. A recent report revealed one in four frontline CBSA employees have witnessed discrimination, and only 16% reported what they saw. The evaluation revealed challenges in reporting discrimination and reports not taken seriously or acted on.

He described a “culture of protectionism in the public service [that] protects racists from being fired. To date, no one in IRCC’s management was fired or reprimanded for their racism; in fact, managers and higher-ups got bonuses last year.”

Hallan said he is equally disappointed with the lack of oversight over the last seven years that allowed a pattern of rampant discrimination and lack of accountability across federal departments.

He added that even though offices exist to “investigate and provide suggestions,” there is no real oversight between federal departments and agencies. Hallan explained that when “public service employees turn a blind eye to their own racism, nothing changes.”

Amid accusations of anti-Semitism, willful blindness, negligence and incompetence, Hussen acknowledged a “failure in the vetting system,” adding that until new processes are in place, Heritage Canada will not be granting any new federal money.

Marvin Rotrand, national director of B’nai Brith Canada’s League for Human Rights, told JNS that he was satisfied with the “seriousness given to the dossier.”

“We were promised that we will be formally consulted, including our office and the Jewish community,” he said.