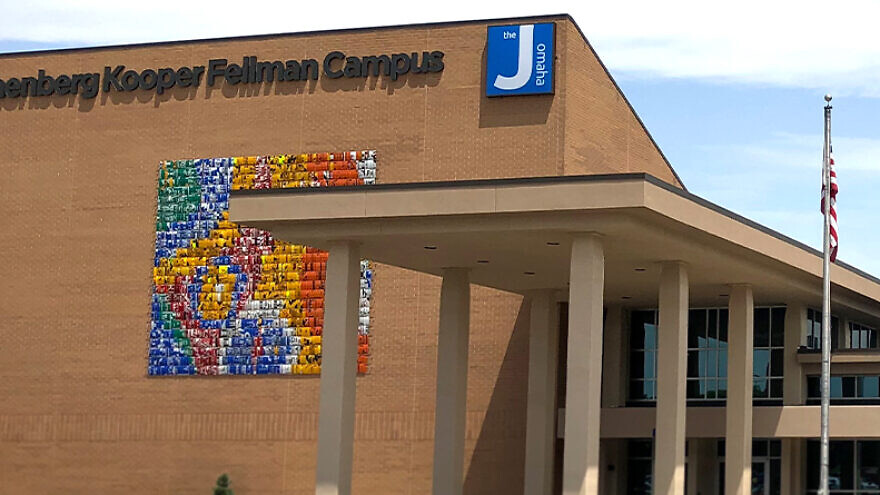 (March 30, 2022 / JNS) The cancelation of an in-person speaking engagement by one of the founders of the anti-extremist Clarion Project due to accusations of being a hate group by local organizational leaders is causing controversy within the Jewish community of Omaha, Neb., and raising questions about free speech.

Last month, Richard Green, CEO and co-founder of the Clarion Project—a nonprofit that works to identify extremism and has worked with federal agencies in the United States to identify dangerous extremists—was prevented from speaking at the Jewish Community Center of Omaha after leaders of several local Jewish groups called and emailed other Jewish leaders, claiming that Green and his organization were “anti-Muslim.”

Green, who is also an Orthodox rabbi, was invited by Gary Javitch, director of B’nai B’rith Omaha, to speak at his organization’s “Breadbreakers” series on the morning of Feb. 23. According to Green, his topic that day was to focus on the role that social-media plays in radicalization.

Javitch described “Breadbreakers” as an award-winning weekly program that had hosted more than 1,000 speakers since its inception in 2000. They include politicians, as well as university presidents, scientists, athletes, journalists and others, held at the JCC for the convenience of residents, especially those at a Jewish nursing home at the facility. The JCC is operated by the Jewish Federation of Omaha.

According to email chains obtained by JNS, Javitch sent out an invitation to the event on Feb. 11; on Feb. 14, he received a response from Gary Nachman, director of the Anti-Defamation League Plains States Region, stating that the ADL considers the Clarion Project to be a far-right, anti-Muslim organization.

Javitch responded to Nachman, pointing out that Green had been a guest speaker at B’nai B’rith International’s conference in Washington, D.C. He also referenced earlier email conversations with Nachman from 2021, where Nachman cited the Southern Poverty Law Center (SPLC) and the Council on American-Islamic Relations (CAIR) as evidence for Green and the Clarion Project’s designation as anti-Muslim. Javitch pointed out that the SPLC no longer listed Clarion as a hate group, as well as questioned the reputations of CAIR and the SPLC. Both organizations had undergone internal turmoil with the SPLC firing its founder, Morris Dees, over inappropriate behavior and CAIR being an unindicted co-conspirator in a terrorism funding scheme and whose current leadership, according to the ADL, had previous connections with the terrorist organization Hamas.

The conversation did not appear to have convinced Nachman, who along with Wendy Goldberg, executive director of the Omaha-based Tri-Faith Initiative, made calls to members of the Jewish community and federation leadership urging them to oppose Green’s speaking engagement. Nachman is believed to have made the decision on his own since the national ADL does not consider Clarion or Green as extremists.

“Our position is that he should be able to speak,” an ADL spokesperson told JNS.

Neither Nachman nor Goldberg responded to a request for comment from JNS sent via email.

‘They misinterpreted the work’

Some of the recipients of calls and emails from Nachman and Goldberg alerted Javitch of the effort.

On Feb. 20, Javitch sent an open letter to Goldberg and Nachman, responding to their efforts to cancel Green’s presentation by spreading false rumors, calling it “cancel culture” efforts.

“Exposing extremism does not make Richard Green or his Clarion Project anti-Muslim. It does, however, make them anti-terrorist. The Clarion Project works with local law enforcement, including the U.S. government. In so doing, they have saved thousands of lives. Because of that work connection, are you also inferring that our government is anti-Muslim?” Javitch wrote. “ … It is a sad turn of events that the ADL, founded by B’nai B’rith, no longer seems to share the free speech values inherent within Judaism and the First Amendment.”

Still, the damage had been done. Javitch was contacted by the Federation’s board president Michael Siegel that he was going to discuss the issue with the board. He and interim Federation CEO Phil Malcolm later informed Javitch that he could not use the JCC as a venue for Green’s speaking engagement. Siegel also said in an email to a donor that he would not meet with Green because he didn’t want to meet with anybody who promotes hate in the veil of combating extremism.

“They misinterpreted the work of [Green’s] organization of being anti-Muslim when instead it monitors for extremism from the left, from the right and from radical Islam,” said Javitch. “But keeping in mind that the Tri-Faith Initiative, among others … because they follow CAIR looks at any criticism of something Muslim to be anti-Muslim.”

In the end, Javitch was able to secure a room at a local country club for a small, private, in-person talk with Green, and on the same day hosted the larger “Breadbreakers” address by Green virtually instead of at the JCC.

“When political correctness runs amok, somebody has got to stand up and say ‘enough is enough. You’re wrong. This is not an anti-Muslim organization; this is a group that monitors extremism,’ ” said Javitch. “And, in fact, they have saved thousands of lives by breaking up plots that could have had lethal consequences.”

Green took issue with the portrayal of his organization being anti-Muslim, pointing to instances where they have actively helped Muslim populations.

“We exposed and reduced the threats of extremism to create a safer world. Last year, we helped thousands of Afghans escape the Taliban. Most of them were Muslims. “Honor Diaries,” a movie that we produced, has helped countless Muslim women,” Green wrote in an email. “Clearly, we are not anti-Muslim. We are anti-extremists. Unfortunately, the Jewish community in Omaha was misled.”

In a phone conversation, Green said he didn’t know of any other instances when a speaking engagement of his was canceled in a similar situation. He added that he did feel that he is probably considered as a potential speaker more often, but the idea gets shut down in the consideration phase by similar misinformed individuals.

“The only reason we know this became a big deal is because Javitch is this outstanding guy that wasn’t going to back down,” said Green. “Nine out of 10 people would just back down, and I would have just gotten a message saying we no longer want you to speak, and they would never talk to me again.”

Gary Javitch’s son, Mark Javitch, a consumer class-action attorney in San Mateo, Calif., said he was disturbed by the Federation’s and JCC’s willingness to go along with Green’s accusers, especially when the issue is whether individuals in a community have a right to hear from a speaker of their choice.

“The JCC has no authority to inquire as to the content of the speaker, and their use of their affiliation with groups like the Tri-Faith Initiative and the Anti-Defamation League is entirely arbitrary,” said Mark Javitch. “My take on it is it’s wholly inappropriate to be taking commands from these outside groups who have their own agendas.”

“More disturbing is that they’ve abandoned the free-speech principle that you should just invite your own speaker if you don’t prefer a speaker. That’s the bigger story for me,” he said—“that the Jewish groups are acting contrary to Judaism, contrary to the tradition of debate that we have from Hillel and Shamai.”