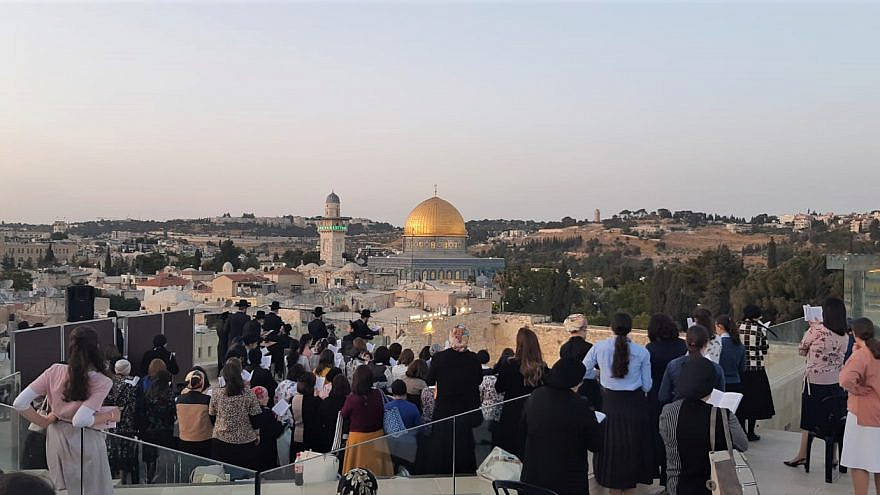 (June 15, 2021 / JNS) Dozens of women whose husbands, sons, brothers or fathers lost their lives in the crush on an overcrowded ramp at Mount Meron on Lag B’Omer joined together in Jerusalem last week in an emotional day of sharing, support and prayer.

Organized under the auspices of an all-volunteer organization called Imahot L’Maan Imahot (“Mothers Supporting Mothers”), the June 9 gathering took place at the Dan Family Aish World Center near the Western Wall in the Old City, almost exactly one month after the tragedy.

Forty-five men and boys died at Meron, and 150 were injured. Among the dead were 13 minors, including two pairs of brothers. Many of the men were fathers to multiple children. Six were U.S citizens.

Emotions were palpably raw as women of all ages from throughout Israel and representing every stream of the haredi community sat together to listen to words of comfort from prominent rabbis, broke up into groups to express their feelings with counselors at hand, took their prayers to the Western Wall tunnel in front of the Holy of the Holies and took part in an early evening prayer service overlooking the Temple Mount.

The event was timed to coincide with the eve of Rosh Chodesh (the new moon) and Yom Kippur Katan (minor Day of Atonement), a day of repentance and reflection practiced by some Jews on the day before Rosh Chodesh.

Rabbi Yitzchak Berkovits, rosh yeshivah of Aish, told the women that they are providing examples for the Jewish people to follow in how to contend with hardship and tragedy. “We are here to support you, but you give us strength and for that, we thank you,” he said.

“This is very personal for me,” Rabbi Steven Burg, CEO of Aish, related to the women. His daughter was at Meron on Lag B’Omer and after he managed to learn that she was safe, he recounted how he went straight to his friends, the Morris family of Bergenfield-Teaneck, N.J., whose son was killed in the crush. “What determines klal Yisrael is that we feel each other’s pain. The Jews of New Jersey and the United States feel your pain,” he asserted. 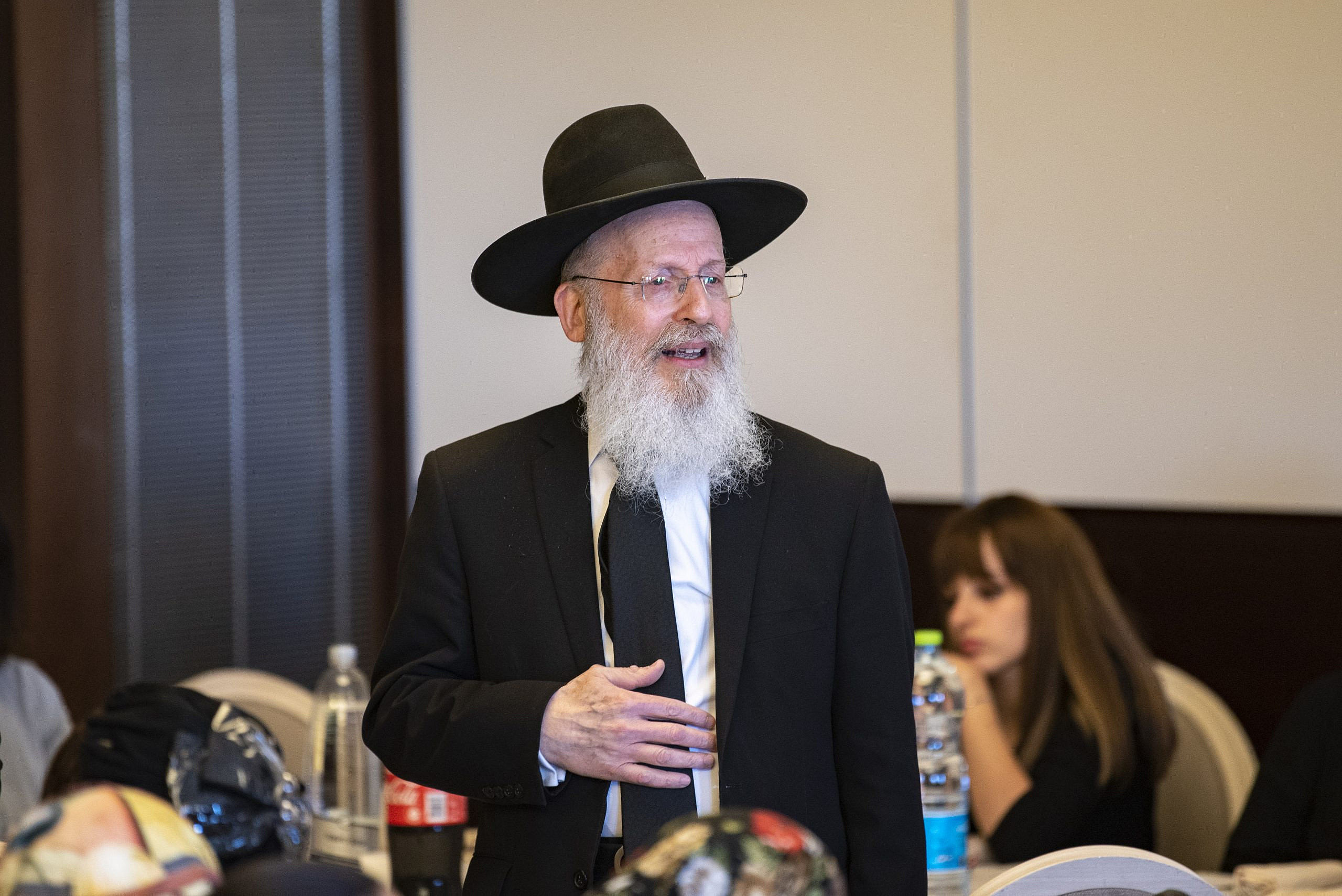 Hedva Chachmov, one of the women who initiated Imahot L’Maan Imahot, and helped organize the Jerusalem day of healing, told JNS that the event was one of the most significant things she had ever accomplished. “The feedback I got from the women who came made me feel that God gave me the most strength of my life for this day. If God gave me life just for this, my life was worth living,” she said.

She told JNS that the day after the Jerusalem women’s event, a mother who lost her son at Meron called and said that since her son died, she had been in agony and unable to cry. “For the first time, after the special day, this mother opened a flood of tears, and she’s now at Mount Meron and can’t stop crying.”

Chachmov says that the Imahot L’Maan Imahot group was founded as a support for all haredi women during the early days of the coronavirus pandemic. “After today’s event, so many of the women told me, ‘Don’t forget us.’ We will continue to put on programs like this and do whatever we can to help them through.”

Several speakers raised the spirits of the women with their own stories of dealing with personal tragedy. Rabbi Michael Lasry, a well-known humorous inspirational speaker who volunteers at Israel Defense Forces’ bases, related how he coped with the death of his 21-year-old son five years ago. “At the shiva, the IDF commanders who came were astonished that I thanked God for all that had happened,” he said. “I told them that a Father would never do anything bad to his son. Everything is for the world to come, and since the Jews are an eternal people, when the Messiah will come, we’ll all be back.”

‘I can’t imagine what you are going through’

Shulamit Shachor, one of the organization’s founders, moderated the day, whose emotional high point came during an intimate and personal session of the widows and bereaved mothers who met with a well-known professional counselor whose mother and two brothers were killed in a train accident in Israel. 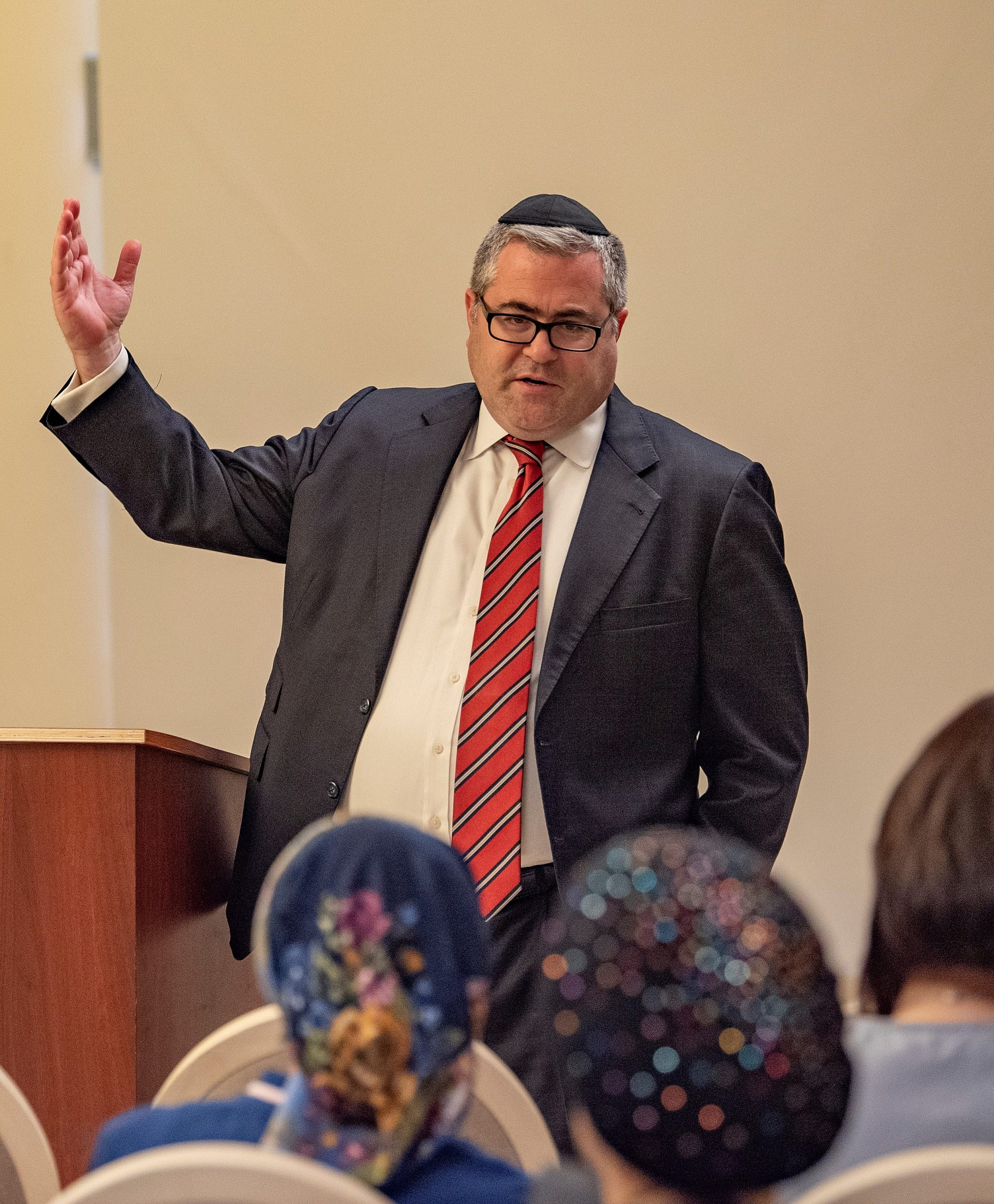 Rabbi Chananya Chulik of the Ezer Mizion health support organization empathized with the women’s profound losses, but at the same time urged not to allow themselves to descend into “the black void of sadness.”

“I can’t imagine what you’re going through,” he added, despite losing his wife to cancer. “For those who lost a husband or father, the absence of the backbone of the family is so painful. Go forward in mitzvot; give blessings to others. God is so close to each of you, and you’ll sense it.”

Chulik recommended that each family should make sure someone comes into the house “to raise the spiritual level. To make sure the children are learning.”

Despite everything, he urged the women to banish sadness and to present a happy face to the family. “No, not dancing, but praying, with happiness. God wants us to be happy. Say to yourselves, ‘I’m speaking with the King of Kings! I can thank him or ask for whatever I want.’ ”

“Believe in yourselves, and God will give you strength,” he concluded, as he also encouraged those gathered not to be afraid to seek professional or rabbinic help. When he asked if there were any questions, the women remained silent.

That’s one of the reasons the Imahot L’Maan Imahot group has set up an international women’s phone hotline, which Hedva Chachmov says is already heavily used. “Women wanted to connect, to ask questions, to express their unity,” she told JNS. (In the United States, women are encouraged to call 518-613-0153.)

Towards the end of an intense day, the women received blessings from Rabbi Avigdor Nebenzahl, a revered rabbi of the Old City, and recited Psalms led by Rabbi Binyamin Finkel.

“None of us wanted to leave after such a day. We will take this energy and put it to good use to support those who need and to unite,” said Chachmov.