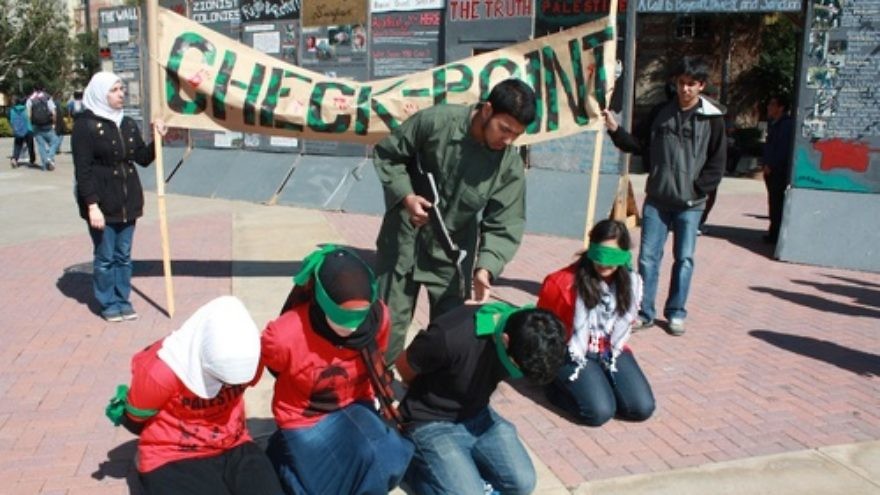 As the 10-campus University of California system considers the adoption of the U.S. State Department’s definition of anti-Semitism, there are critics who seek to discredit the entire definition with three fictions presented as fact. Groups like Palestine Legal and Jewish Voice for Peace, who actively support campus activities the State Department recognizes as anti-Semitic, have launched an all-out campaign that falsely claims first, that the definition conflates criticism of Israel with anti-Semitism, second, that the definition has been discredited, and third, that its adoption is inimical to free speech.

The actual definition demonstrates unequivocally how misleading these groups are. The State Department cites the working definition of Anti-Semitism of the European Monitoring Center on Racism and Xenophobia, which states, “Anti-Semitism is a certain perception of Jews, which may be expressed as hatred toward Jews. Rhetorical and physical manifestations of anti-Semitism are directed toward Jewish or non-Jewish individuals and/or their property, toward Jewish community institutions and religious facilities.”

The State Department then identifies as anti-Semitic Israel’s demonization (e.g., “drawing comparisons of contemporary Israeli policy to that of the Nazis”) and the double standards that extend to the Jewish state (e.g., requiring of Israel “a behavior not expected or demanded of any other democratic nation”). Not least, the delegitimization of Israel by “denying the Jewish people their right to self-determination, and denying Israel the right to exist” is also anti-Semitic. Yet, in addition to “taking into account the over all context,” the State Department concludes that “criticism of Israel similar to that leveled against any other country cannot be regarded as anti-Semitic.”

Critics omit this last key point, selectively quote the definition, and then insist it has been discredited.

The State Department’s definition of anti-Semitism mirrors the one informally adopted by the European Fundamental Rights Agency’s predecessor, the European Monitoring Centre (EUMC). That definition emerged after EUMC’s attempted suppression of a 2003 report on anti-Semitism which found that violent attacks against Jews often arose from virulent anti-Zionism. Embarrassed by that scandal and exposed for its questionable efforts against a prejudice it did not understand and had never bothered to define, EUMC casually adopted the 2005 “working definition of anti-Semitism” and then never used it.

The shameful truth is that the EUMC definition was never discredited because its critics helped ensure that it was never actually implemented or ever intended to be. This fact brings us to the last fiction and perhaps a greater irony. For all of their ostensible respect for “free speech,” the State Department definition’s detractors repeatedly suppress and then misrepresent the definition. Far from the ban on speech invoked by its critics, the definition offered the State Department conceptual clarity and provided U.S. diplomats with a tool to engage their counterparts to identify and counter anti-Semitism. To insist that the definition would hold no similar utility on American college campuses, where anti-Semitism is rapidly on the rise, is curious.

Let’s hope the University of California system, and other universities and colleges, can see through this charade to do the right thing for Jewish students—adopt our government’s definition of anti-Semitism.

R. Amy Elman is the Weber Professor of Social Science at Kalamazoo College in Michigan and author of “The European Union, Antisemitism, and the Politics of Denial.”