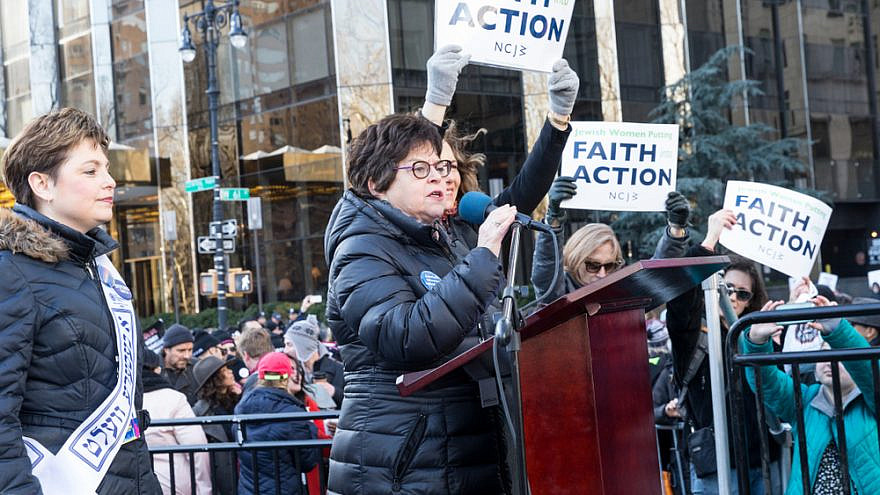 (May 6, 2021 / JNS) A Democratic pro-Israel group exposed a rift among liberals over who should be the Biden administration’s choice for the next anti-Semitism envoy.

In a now-deleted tweet earlier this week, the Democratic Majority for Israel (DMFI) wrote on Twitter that Nancy Kaufman, the former head of the National Council for Jewish Women, has too often “enabled, rather than battled, anti-Semitism.”

It quickly spurred outrage among Jewish groups, including the Jewish Community Relations Council of Boston, which Kaufman headed until 2010.

“This is reprehensible & uncalled for,” wrote JCRC on Twitter. Kaufman’s “20 years leading our JCRC are evidence of her deep commitment to the welfare of the Jewish people & her yeoman’s work combatting antisemitism.”

Other progressive Jewish groups, such as the New York Jewish Agenda, called it “an outrageous attack on a true champion of the Jewish community,” while J Street said it was “outrageous and disgusting.”

Rabbi Jill Jacobs, executive director of T’ruah, a progressive Jewish human-rights group, said the DMFI “does not represent Democrats or the majority.”

As a result of the pushback, DMFI deleted its original tweet.

“Nancy Kaufman is a forceful advocate for the Jewish people,” it has since posted on Twitter. “Nonetheless, we would oppose her nomination to be our anti-Semitism ambassador. We were wrong to suggest she supports anti-Semitism, and we apologize for any such implication.”

Kaufman, who has been backed by progressives to be the next anti-Semitism envoy, has drawn criticism over her ties to anti-Israel and anti-Semitism figures, as well as her stance on the International Holocaust Remembrance Alliance working definition of anti-Semitism, which she opposes codifying into law.

DMFI has strongly backed the IHRA definition and encouraged U.S. President Joe Biden to adopt it, which he did shortly after taking office.

Progressives have argued against the IHRA definition, contending that it silences criticism of Israel’s government and its policies. In recent months, two other definitions of anti-Semitism—the Jerusalem Declaration and Nexus—have been released by progressive groups.

Congress elevated the anti-Semitism envoy last year to an ambassador-level position, which would require Senate confirmation. The Biden administration has not set a timeline on when it will make its pick.