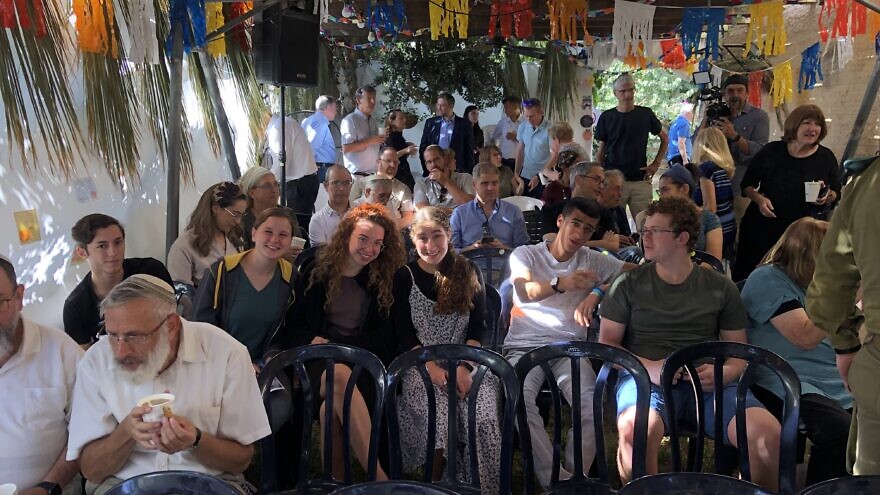 (October 18, 2022 / JNS) Defying possible retribution by the Palestinian Authority and others, around 20 Arabs who live under the P.A. in Gush Etzion joined with some 50 of their Jewish neighbors to break bread and get to know one another, at the traditional “Sukkah of Peace in Efrat” during the recent holiday.

The seventh annual event was held on Sunday in the sukkah of Efrat Mayor Oded Revivi, who launched the initiative in 2016 to bring together ordinary people from both sides who seek true coexistence.

Following the first such gathering, the P.A. arrested and interrogated four Arabs whose participation was revealed on social media, detaining them for four days before Israeli authorities intervened and secured their release. 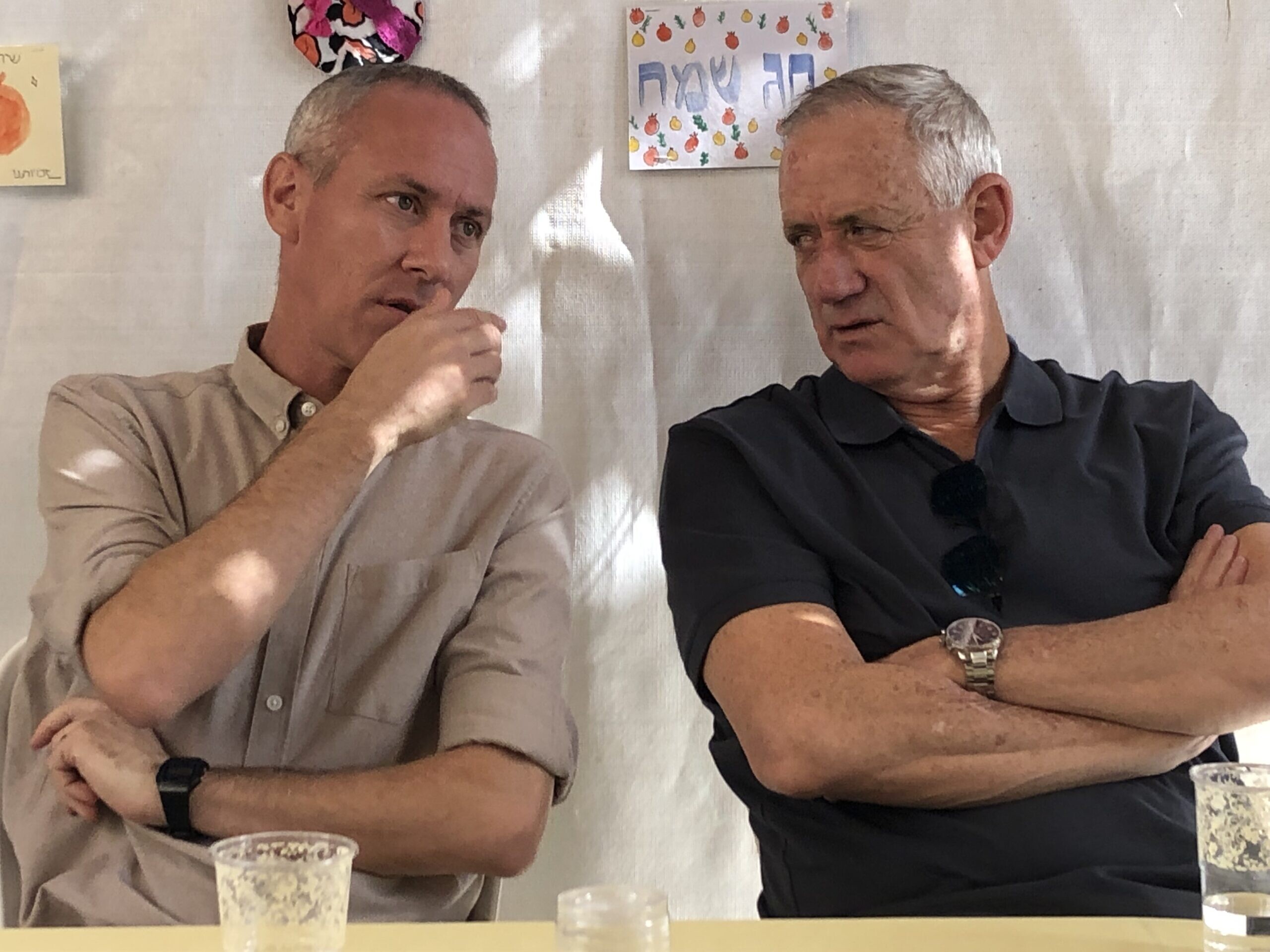 This year’s gathering was held in the presence of Israel’s Defense Minister Benny Gantz and Culture and Sports Minister Hili Tropper, who came to show their support for the initiative.

Gantz told those present that especially during a time of “difficult security realities” in the country, with the current wave of terror, along with “difficult political realities,” with Israel heading towards a fifth election in just over three and a half years, “there needs to be security and peace for both sides,” even if it’s difficult to get there.

“A.,” who like most of the Arab participants declined to give his name or to be photographed, is from the P.A. village of Husan, located a handful of miles away from Efrat.

“I come to the Peace Sukkah every year in order to visit my neighbors and friends as a guest of Oded,” A. told JNS. “We believe in peace, a true peace which will only be achieved through meetings like these.”

Hebron businessman Ashraf Jabari is the co-founder of the Judea and Samaria Chamber of Commerce whose aim is to improve business relations between Arabs and Jews. He attended the event and was invited to address the audience.

Jabari, a known critic of the P.A., directed his comments to Gantz, seated beside him, saying the minister speaks of peace, “but the Palestinian Authority gets billions of dollars [from the international community] and doesn’t help its own people.

Jabari called on Gantz to tell President Mahmoud Abbas to help those in need within the P.A. The business leader also called on the minister to do whatever he can to get Israel to improve access for P.A. residents who seek employment in Israel proper.

Jabari also took the opportunity to debunk the idea that his Jewish neighbors living in Hebron are “extremist settlers.” He spoke proudly of the relationships he has formed with them over the years. He added that true peace will be made by regular citizens of both sides, and not by governments. 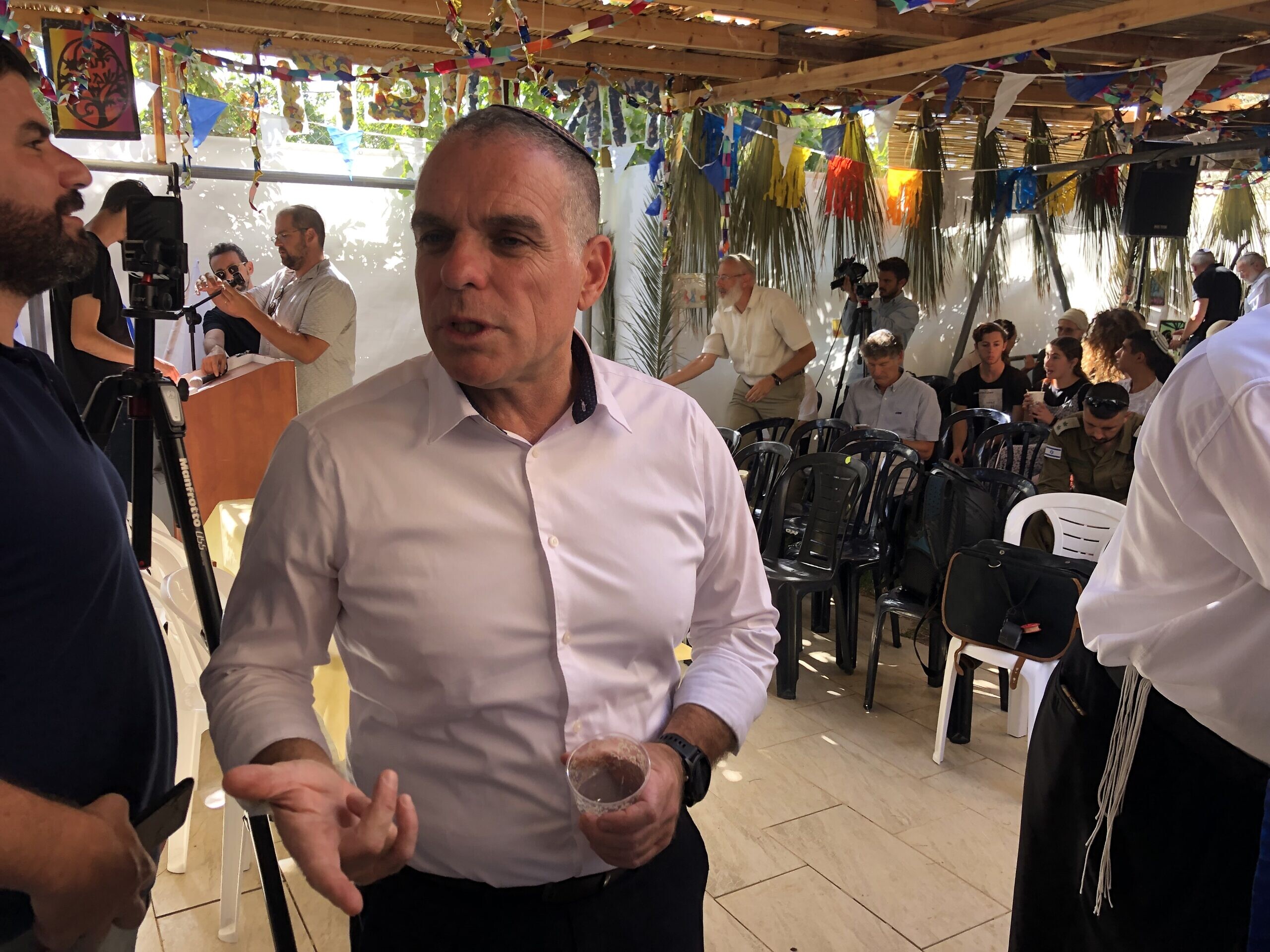 In discussing the goals of the event, Revivi told JNS that “the media has a tendency to always report about a man that bites a dog and not a dog that bites a man.

“People who follow the media, and social media, have a tendency to think and believe that we are living in a war zone,” the mayor said. “And once a year we want to send a strong message that this is normality— people gathering and talking; it happens the whole year round. We emphasize this on Sukkot, in the sukkah, with a message that we need to try to get to know one another better, we need to engage with one another, and from there maybe there will be a better reality.”

Revivi shared that for the first time this year four similar events took place simultaneously in other communities in Judea and Samaria. Efrat has been working to build connections with its neighbors for 40 years, and it is “a city without fences, and instead one that is trying to build bridges,” he stressed.

Throughout the event, Revivi asked his guests to not take pictures or videos so that his Arab neighbors would not be put at risk. He added that he had invited Arab women from the P.A. to attend, and while some considered it, “their fear prevented them from coming.”

Efrat resident Dr. Yitzchak Glick, who attended the event and whom Revivi singled out as someone who has built relationships with his Arab neighbors, particularly through emergency medical care, told JNS, “I’ve found that Gush Etzion has proven that Israeli and Palestinians can work together and live together and the medical field is a bridge-building opportunity towards living together in peace.”

As for the P.A. leadership’s opposition to events such as the Peace Sukkah, the physician said, “It’s very difficult to ‘read’ the Palestinian leadership because they are not in a free society at all. As a result, there is no democracy on their side, there is no unified leadership, the leaders are not elected leaders and they don’t have control over their militants.”

It is clear that this makes it impossible to carve out a final peace agreement, but “from the ground up, we feel that the people living here are the ones who can do a lot to advance understanding between the two parties,” Glick said.

Following the formal part of the program, the mayor encouraged his guests to stick around for food and drinks under the shade of the sukkah and to spend time getting to know their neighbors. Some of the Arabs in attendance lived in villages “just 300 meters away,” Revivi said.