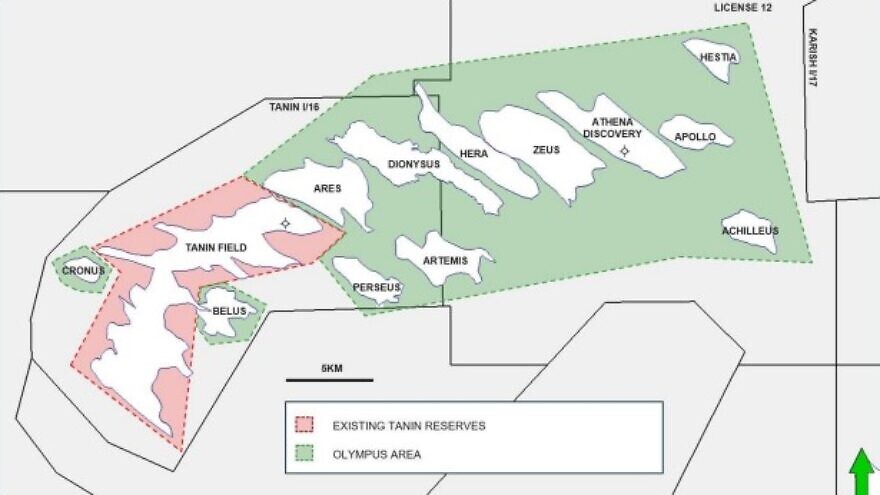 (November 7, 2022 / JNS) Energean plc announced on Monday the discovery of a commercially viable deposit of natural gas, containing an estimated 13 billion cubic meters (bcm), at its Zeus-01 drilling site located off Israel’s coast, the company said in a statement.

A post-well analysis of the find is currently being conducted.

The statement added that an audit of Energean’s adjacent Athena field had upgraded reserves by 3bcm to 14.75bcm, following post-well studies of drilling data.

“The results from the Zeus well and the Athena post-well analysis provide Energean with additional confidence about the volumes and commerciality of the Olympus area, and the company is now progressing its field development plan,” said the statement.

The “Olympus area” is located between the Karish and Tanin fields in Israel’s exclusive economic zone.

For his part, Energean CEO Mathios Rigas said: “Following the start of production from our Karish reservoir last week, I am pleased that our drilling program, which has now delivered five successful wells from five, continues to deliver value, ensuring security of supply and energy competition across the region.

“We are evaluating a number of potential commercialization options for the Olympus area that leverage both new and our existing unique [Mediterranean Sea]-based infrastructure, and we expect to commit to a development concept in [the first quarter of] 2023,” Rigas continued.

The British-Greek hydrocarbon exploration and production company announced in late October that it had begun extracting natural gas from Karish, located off the coast of Haifa. At the time, Energean described the development as a significant milestone in promoting a vision of a competitive Israeli gas market and increasing the country’s energy security and independence.

A day later, Israeli and Lebanese leaders formalized a United States-mediated agreement that demarcates the maritime border between the two enemy states.